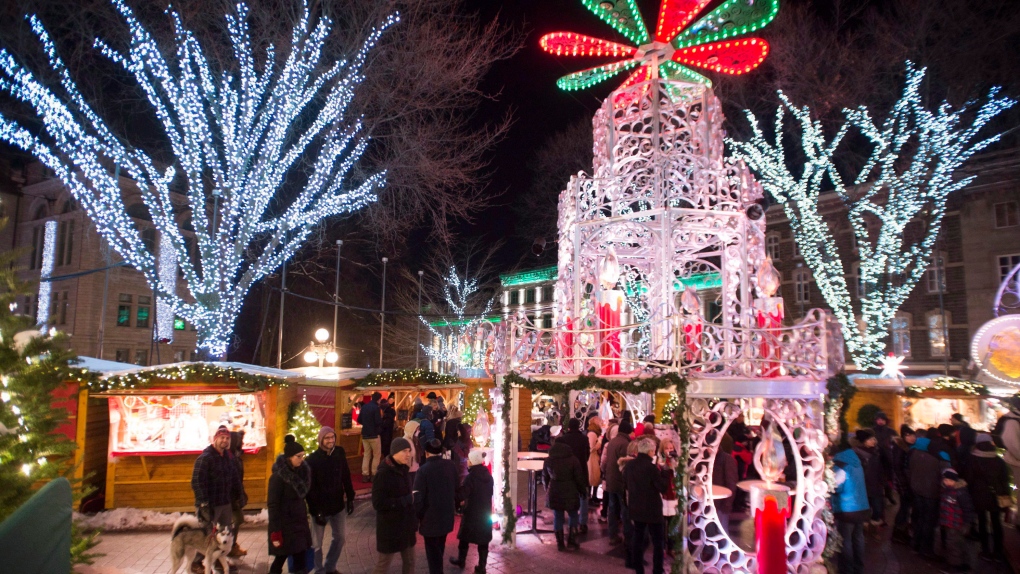 If you’re looking to find a Christmas market that offers enchanting holiday decorations and more, a recent ranking from a global travel site might help you to find a good option in number of North America’s cities and towns.

In this year’s Big 7 Travel ranking, six Canadian markets are highlighted among 25 best in North America..

According to the annual ranking, the Christmas market in Longueuil, near Montreal, is the best market in Canada and seventh in North America.

"Steeped in French Canadian tradition and German folklore, it’s one of the most authentic Christmas markets in the province (of Quebec)," Big 7's travel team said.

The market will be open until Dec. 18.

Charlottetown's Christmas Festival came in at second place in Canada and ninth in North America, and the good news with this "enchanting" market is that it’s open until Jan. 2, weeks after it first started on Nov. 18..

Coming at Number 3 of Canada's best Christmas markets is Vancouver’s, which is ranked 13 in North America. The market opened on Nov. 12 and runs until Dec. 24, and features more than 80 stalls.

The German Christmas Market in Québec City ranked as fourth best market in Canada and 15th in North America, with more than 200 local artisan vendors in attendance. This market also allows for some post-Christmas shopping, staying open until Dec. 31.

With more than 100 vendors selling everything from seasonal treats to wellness products, the Banff Christmas Market ranked as the fifth best market in Canada and 18th in North America. Unfortunately for shoppers still working on their lists, it's already closed for the year.

When it comes to the best Christmas markets in North America, Chicago’s is on the top of Big 7 Travel’s list. Following Chicago’s, Union Square Holiday Market in New York City is the second best in the ranking. Koziar’s Christmas Village in Bernville, Penn., the Great Dickens Christmas Fair in San Francisco, Calif., and Tomball German Festival and Christmas Market in Tomball, Texas, are ranked as third to fifth.

According to Big 7 Travel’s, several factors were examined to determine the best markets. The most important factors for the ranking included social media popularity, vendor variety, food, entertainment, local traditions and attendance numbers.