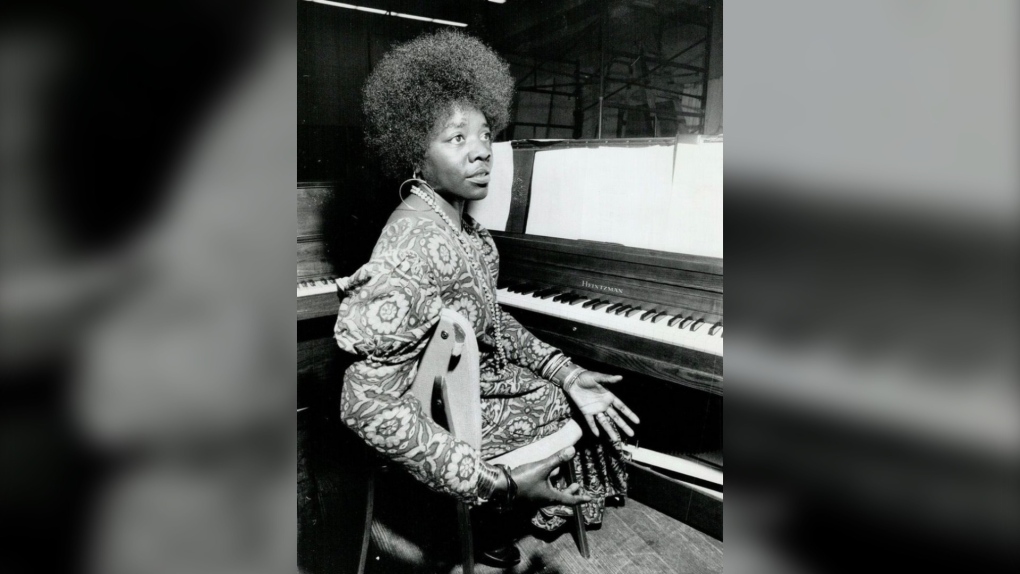 Singer Salome Bey, known as Canada's first lady of the blues, has died. She was 86. Bey is seen in an undated family handout photo. (THE CANADIAN PRESS)

Singer Salome Bey, known as Canada's first lady of the blues, has died. She was 86.

In 1964, Bey moved to Toronto where she played the jazz club circuit, and soon made her mark on Canada's music and theatre scenes.

Bey wrote and starred in "Indigo," a cabaret about the history of Black music. The show, which won two Dora Mavor Moore Awards, was broadcast on CBC TV in 1984.

She also earned a Grammy nomination for her work on the cast album of the Broadway show, "Your Arms Too Short to Box with God." Other musical theatre credits include the 1972 off-Broadway show, "Justine," for which she won an Obie Award.

She recorded two albums with renowned jazz pianist Horace Silver, and released albums of her live performances with the Montreal Jubilation Gospel Choir and at the Montreux Jazz Festival.

Bey also lent her vocal talents to the 1985 charity single, "Tears Are Not Enough," as part of a Canadian supergroup that featured such artists as Joni Mitchell, Gordon Lightfoot and Bryan Adams. Produced by David Foster, the star-studded song aimed to raise funds for 1983-1985 Ethiopian famine.

Other accolades include being made an honorary member of the Order of Canada in 2005, a 1992 Toronto Arts Award and a 1996 lifetime achievement award from the Black Theatre Workshop of Montreal.

Later in her career, Bey played concerts alongside her daughters, the singer SATE and performance artist tUkU, as part of Salome Bey & Relatives.

Bey began showing signs of dementia in 2004. She died of complications from the disease early Saturday morning at the Lakeside Long-Term Care Centre in Toronto, according to the family's publicist.

She leaves behind her two daughters and son Marcus Matthews.

This report by The Canadian Press was first published Aug. 10, 2020.