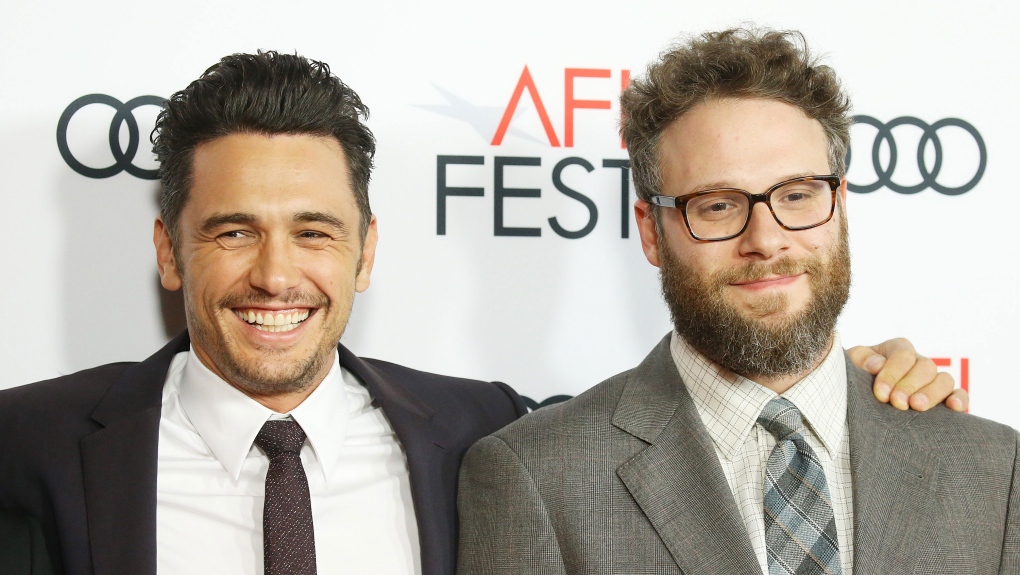 Seth Rogen says has no current plans to work with his former collaborator James Franco, in the wake of sexual misconduct allegations. (Michael Tran/FilmMagic/Getty Images)

Seth Rogen says he has no current plans to work with his former collaborator James Franco, in the wake of sexual misconduct allegations.

In an interview with Britain's Sunday Times, the 39-year-old actor revealed that his personal and professional relationship with Franco had been affected by the accusations made against the latter in 2014 and again in 2018.

"What I can say is that I despise abuse and harassment, and I would never cover or conceal the actions of someone doing it, or knowingly put someone in a situation where they were around someone like that," Rogen said when asked about actress Charlyne Yi's claim that he was Franco's "enabler."

Rogen also expressed regret over his infamous 2014 "Saturday Night Live" joke, which trivialized the then recent revelation Franco had propositioned a 17-year-old on Instagram.

During the sketch, Rogen read from a journal for his opening monologue, telling the audience: "To make myself feel better I decided to prank James Franco. I posed as a girl on Instagram, told him I was way young. He seemed unfazed. I have a date to meet him at the Ace Hotel."

Franco, who starred alongside Rogen in numerous movies including "The Interview," "Sausage Party," "The Disaster Artist," and "Pineapple Express," later joined in the laughs on stage.

Recalling the controversial joke, Rogen told the Sunday Times: "I do look back at a joke I made on 'Saturday Night Live' in 2014 and I very much regret making that joke," adding: "It was a terrible joke, honestly. And I also look back to that interview in 2018 where I comment that I would keep working with James, and the truth is that I have not and I do not plan to right now."

CNN has contacted Franco's representatives for comment on Rogen's remarks.

Since the 2014 Instagram incident, Franco has faced further accusations of sexual misconduct, with five women publicly accusing him of inappropriate or sexually exploitative behavior in 2018.

He addressed the allegations during appearances on "The Late Show with Stephen Colbert" and "Late Night with Seth Meyers."

"I have my own side of this story, but I believe in these people that have been underrepresented getting their stories out enough that I will hold back things that I could say just because I believe in it that much," he told Meyers.

Asked by the Sunday Times how the scandal had affected his relationship with Franco, Rogen said: "I can say it, um, you know, it has changed many things in our relationship and our dynamic."

Nonetheless, he said, his own predicament was "not as painful and difficult as it is for a lot of other people involved. I have no pity for myself in this situation."