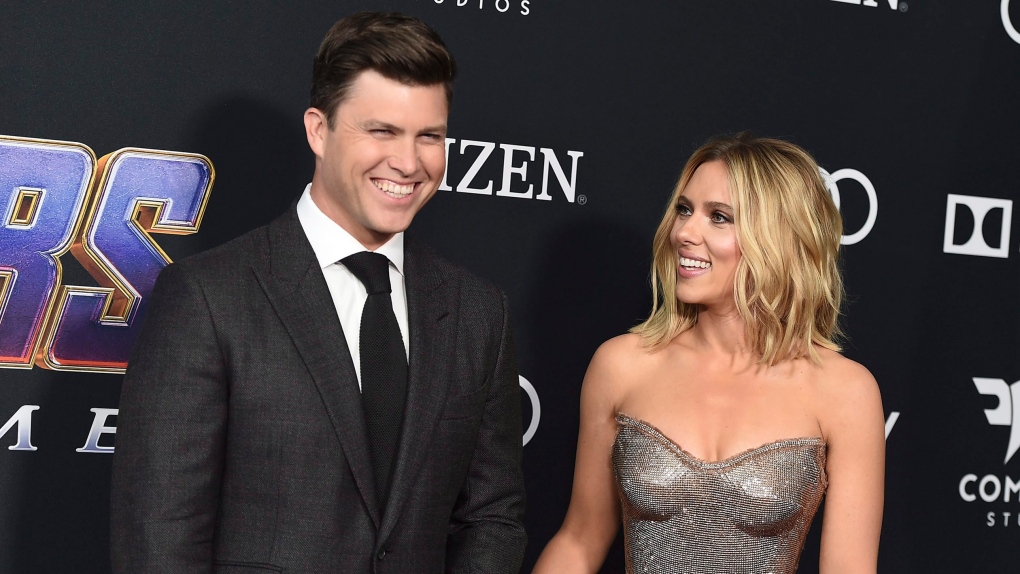 In this April 22, 2019, file photo, Colin Jost, left, and Scarlett Johansson arrive at the premiere of "Avengers: Endgame" at the Los Angeles Convention Center. (Photo by Jordan Strauss/Invision/AP, File)

Scarlett Johansson describes the proposal from her fiancé Colin Jost as "a very special moment" and "a lovely special thing." But she won't say exactly how he popped the question.

The actress appeared on "Ellen" to promote her new movie, "Jojo Rabbit," and went on to call the "Saturday Night Live" Weekend Update anchor "very charming and thoughtful and romantic." She said that Jost proposed in a "James Bond" like way, but still, no more clues.

"He killed it," she said. "It was surprising, he's got a lot behind that news desk he's hiding."

"He's very charming and very thoughtful and romantic," she continued. "But yeah, I was surprised. Even if you kind of imagine what that moment's gonna be like, it's still beautiful moment."

"It was very personal. It was a special moment," Johansson added. "I think, more than anything, when someone tells you they want to spend their life with you, that's a lovely, special thing."

The two were engaged in May after two years of dating.