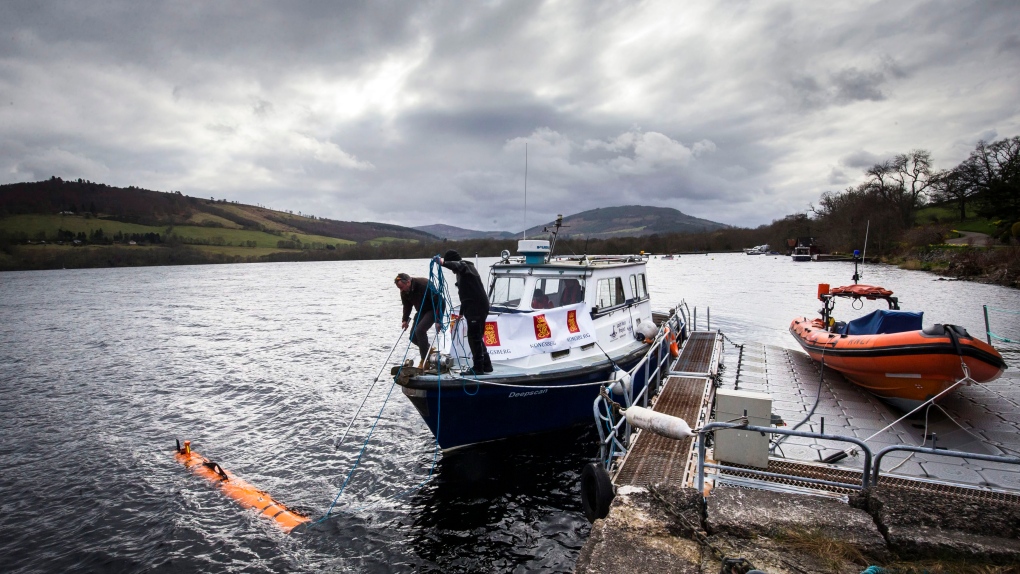 LONDON -- An underwater robot exploring Loch Ness has discovered a dark, monster-shaped mass in its depths.

Disappointingly, tourism officials say the 30-foot (9-metre), object is not the fabled Loch Ness Monster, but a prop left over from a 1970 film.

Billy Wilder's "The Private Life of Sherlock Holmes" puts the great detective on the trail of the monster -- which turns out to be a disguised submarine. A model of the submarine-monster sank during production to the bottom of the 750 foot (230 metre) -deep lake.

Tourism body Visit Scotland is backing a survey of the Highlands lake by a marine robot to study its depths and see if there is any sign of the fabled monster, which helps attract hundreds of thousands of visitors a year to the region.

Visit Scotland chief executive Malcolm Roughead said that whatever the survey finds, "there will always be a sense of mystery and the unknown around what really lies beneath Loch Ness."