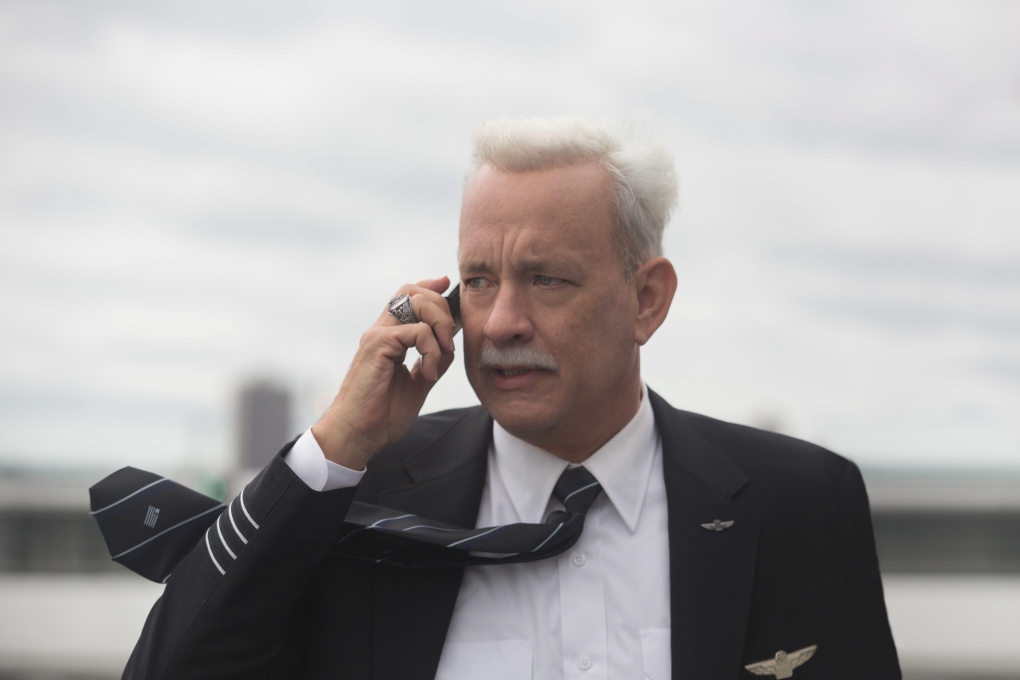 “Life is easier in the air,” sighs First Officer Jeff Skiles (Aaron Eckhart). Easy? Not when the plane you are piloting is subject to a bird strike that disables two of the engines. That’s the story told in “Sully,” Clint Eastwood’s real-life account of 'Sully' Sullenberger’s miraculous landing of a disabled plane on New York’s Hudson River.

Tom Hanks plays the title character, a pilot with 42 years’ experience. “It's been my life,” he says of aviation, “my whole life.” January 15, 2009 started off as a routine day for the seasoned pilot.

As the captain of US Airways Flight 1549 he left New York's LaGuardia Airport for a stopover at Charlotte Douglas International Airport when his plane was disabled by a flock of birds who flew into the engines, knocking out the plane’s navigating system. In just under four minutes Sully assessed the situation and, realizing there was no time to turn back, made the decision to land the craft on the Hudson River.

“I’ve delivered one million passengers over 40 years,” he says later, “but will be charged on 208 seconds.” The risky landing was successful and all 155 passengers and crew survived with only minor injuries. “It's been a while since New York had news this good,” says one airline official, “particularly with an airplane in it.”

The film dramatizes the landing but spends most of its time in the aftermath, the resultant onslaught of publicity and some very difficult questions from a National Transport Safety Board investigative panel.

“Sully” is a slight but entertaining movie. Because we know how it ends, Eastwood’s attempts to create tension by and large don’t work. Its you-are-there recreation of the landing is exciting when it places the viewer in the plummeting metal tube—the mantra “Brace for impact” will forever be branded on your brain— and melodramatic when it hits the water.

It’s the centerpiece of an otherwise talky movie.

The ditching of the plane may get your pulse racing but it is the personal story that will stay with you. As Sully Hanks is dignity personified. Questions gnaw at him in the days leading up to the inquiry, causing sleepless nights and mild friction with his wife Lorraine (Laura Linney) but he remains steadfast. It’s old-school heroism and it looks good on Hanks.

As a function of the story, but also, I suspect, as a preference of the filmmaker, technology is downplayed throughout. When the NTSB uses computer simulations to attack Sully, Skiles, who has most of the good lines in the film, says, “They're playing Pac-Man while we're the ones flying the plane.” The point being made is that computers lack the human touch but it does feel a bit like Grandpa complaining that the newfangled television remote is too complicated.

“Sully” is a well-constructed, occasionally exciting old-fashioned story of heroism in the face of modern cynicism.

A riff on Daniel Defoe’s classic survival tale “Robinson Crusoe,” a new animated film, “The Wild Life,” tells the story from a different point of view. Instead of the human perspective this 3D action adventure tells the tale from the point of view of the animals who play host to their shipwrecked visitor.

The film’s narrator is a bright red parrot named Mak (voice of David Howard). He lets us know that life B.C.—Before Crusoe—was boring. His little island is a paradise but every day was essentially the same until the shipwreck. When the dorky Crusoe (Matthias Schweighöfer) washes up on shore it changes everything for the chatty Mak, a tapir named Rosie (Ilka Bessin), Kiki the kingfisher (Melanie Hinze) and all their friends. “The New World was finally here,” says Mak,” and I had no idea if I was ready for it or not.”

After a rocky start—at first the animals think the man is a sea monster—they becomes friends, bonded in their efforts to save their home from an invasion by some savage felines.

No animals were harmed during the filming of this movie, it's an animated film after all, but there is some cruelty to the audience.

If Mak found life on the island boring I wonder what he might have thought about this movie. The animation will entertain the eye of the six-and-under set but lacklustre characters and story may not grab their attention. There are some good messages here about the benefits of co-operation and loyalty but the story feels padded with needless action and, worse, pointless exposition.

This is the kind of movie where characters helpfully describe everything you've just seen, treating kids like they are too stupid to process the action on the screen for themselves.

As for the characters, there isn’t much to say. They are standard direct-to-DVD animal cuties with nothing much to differentiate them from one another except their accents, which brings up another question. Closed off from the rest of civilization—they think Robinson Crusoe comes from another world—these creatures have grown up together and yet they all have different accents as if they hailed from different parts of the planet. It's a small thing, but it’s also the kind of character detail more careful creators would have noticed.

“The Wild Life” isn’t a travesty, some small ones may find delight with the cute hedgehogs and company, but it is lazy. Like nWave Pictures’ previous pictures, “Fly Me to the Moon” and “The House of Magic,” “The Wild Life” lacks the narrative richness of similar work by Pixar and Dreamworks.