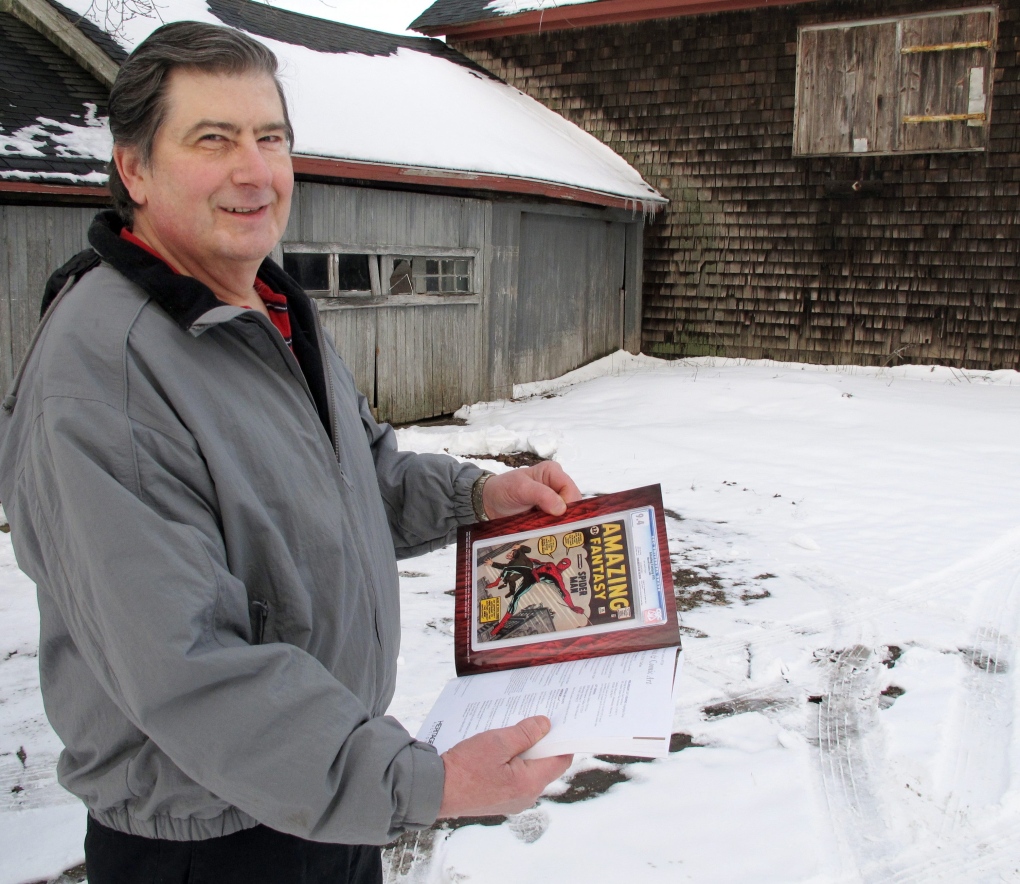 In this photo taken Tuesday, Feb. 9, 2016, in Calverton, N.Y., Walter Yacoboski holds an auction guide featuring one of his comic books, "Amazing Fantasy" No. 15, which features the Spider-Man character. (Frank Eltman / AP Photo).

The comic book was purchased by an anonymous collector, and Heritage Auctions says Thursday's sale is a record for a public auction price for any Spider-Man comic book.

Walter Yakoboski, of Long Island, New York, had bought the comic book in 1980 for $1,200. He told The Associated Press last week that he bought several rare comics as a young man as an investment.