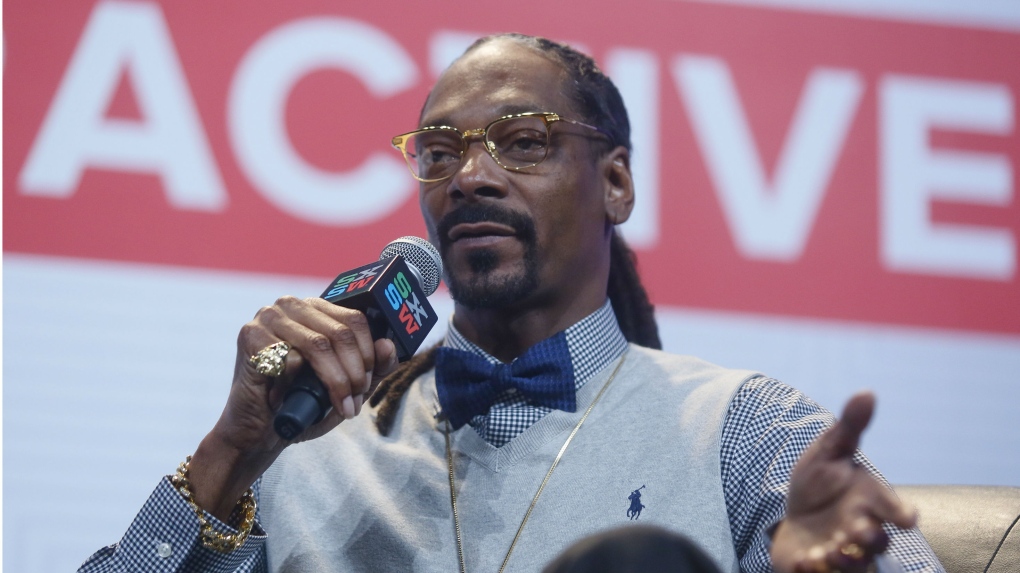 A CBC camera operator says she felt very "belittled" after rapper Snoop Dogg referred to her as "thick" during an interview last week.

The CBC says Stephanie Clattenburg was shooting an interview with the rapper in Truro, N.S. on the set of the television series Trailer Park Boys.

The broadcaster says during the interview with reporter Elizabeth McMillan Snoop Dogg made apparent references to Clattenburg's figure.

"I like your camera girl, too. She's thick. Damn," the rapper can be heard saying on the taped interview that the CBC later broadcast.

"It was creepy and awkward," said Clattenburg in comments posted on the CBC's website.

In an interview broadcast on the CBC on Sunday, Clattenburg said she found the comments embarrassing.

"He wanted to embarrass me and he did, I turned beet red," she said.

"A lot of people talk about this being a compliment," she said. "Is a compliment something that is going to make a women feel extremely embarrassed and belittled and laughed at? I don't think that's a compliment."

A CBC story on the comment cited an Urban Dictionary definition for "thick" as meaning a woman who had nice legs and bottom.

Snoop Dogg was in Nova Scotia filming episodes for the Trailer Park Boys.

His comment drew considerable reaction on social media with many people condemning the comments.

The rapper was not immediately available for comment. On his Twitter account he posted that he was on the set of the Trailer Park Boys but makes no mention of the CBC interview.