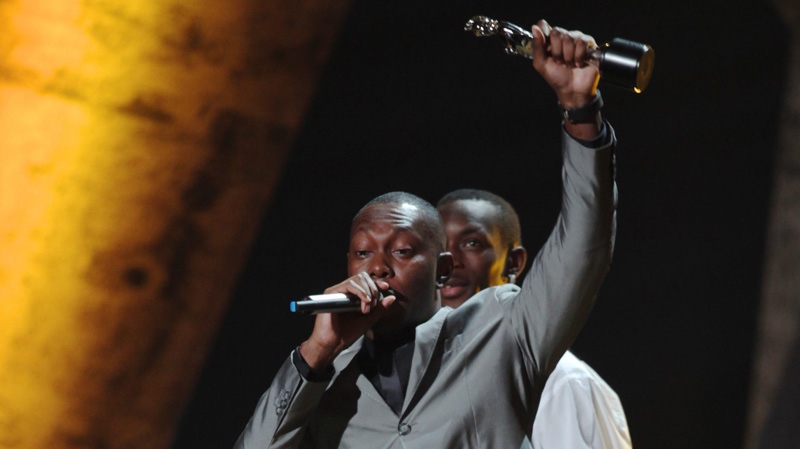 In this Feb. 16, 2010 file photo, Dizzee Rascal holds up the award of British Male Solo Artist during the Brit Awards 2010 at Earls Court exhibition center in London. (AP Photo/Andy Paradise)

LONDON -- Rapper Dizzee Rascal has been charged with assault after an incident in London that left a woman with minor injuries.

The Metropolitan Police said late Monday that the 36-year-old, whose real name is Dylan Kwabena Mills, was charged after the incident at a residential address in Streatham, southeast London, on June 8.

The force said officers attended and a woman reported minor injuries. She did not require hospital treatment.

The rapper is expected to appear at Croydon Magistrates' Court in south London on Sept. 3. Police did not provide further details.

According to his website, Mills is on the lineup to perform at music festivals in London in August.

Mills is a pioneer of grime, a genre of electronic rap, and became the youngest artist to win Britain's Mercury Prize with his debut "Boy in da Corner" in 2003.

He was honoured with a Member of the Order of the British Empire in 2020 for his services to music.