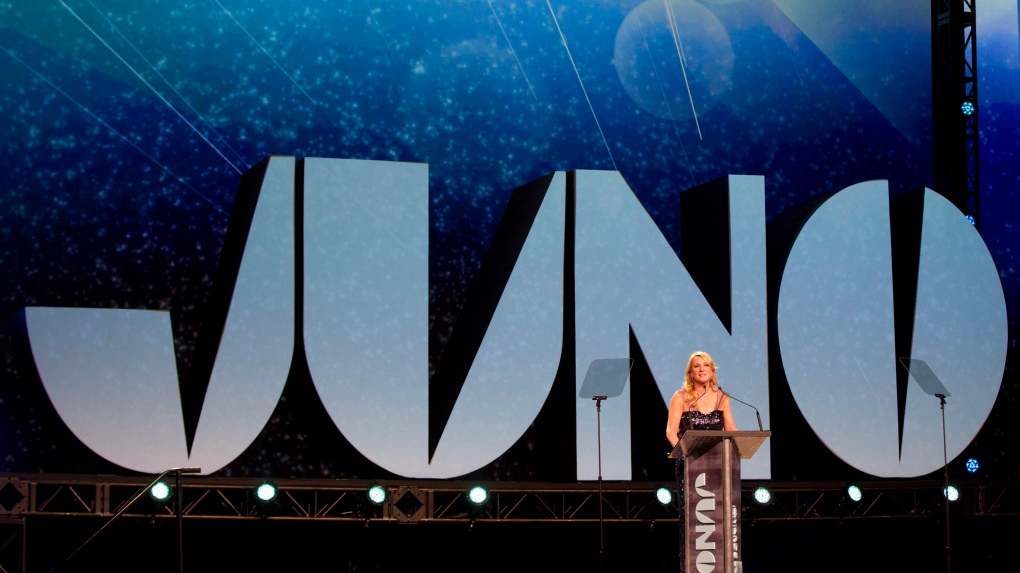 TORONTO -- A stripped-back presentation of the 2020 Juno Awards on Monday will toast the Canadian music scene, and the show's head organizer hopes it'll mark a bright moment for an industry hit hard by COVID-19.

With concert venues closed and most performers staying at home without gigs, Allan Reid said he's focused on giving this year's Juno nominees the recognition they missed after the pandemic sidelined a weekend of accolades in Saskatoon several months ago.

But he said this year's show, which is skipping broadcast TV and going directly to CBC Gem, will look undeniably different than ones in the past.

"This is not the Juno broadcast that you would see on television -- it's not 12 performances and six awards," explained Reid, who serves as president of the Canadian Academy of Recording Arts and Sciences (CARAS).

Instead, the show is cramming two nights of trophies into a brisk ceremony recorded in isolation.

Winners in a dizzying 42 categories will be announced over 90 minutes, putting the marquee nominees for single and album of the year in the same spotlight as more obscure ones, such as world music and children's album.

Presenters include Toronto Raptors' Chris Boucher and two-time Juno winner Jessie Reyez, while songs will be performed by Iskwe, Neon Dreams, the Dead South, and Alessia Cara, who was originally supposed to host the cancelled television event.

Reid spoke with The Canadian Press about making a different sort of Junos show, how the virus is slamming the music industry, and what it all means for the 50th anniversary of the awards set for next March.

CP: There are a number of significant changes to this year's Junos, including that Alessia Cara stepped away from hosting duties. But she's also this year's top nominee with six nods. How will she be involved in the show?

Reid: Alessia is going to have a one-time performance of "Rooting for You" (which is nominated for single of the year). It's an exclusive premiere from her new EP called "This Summer: Live Off The Floor," which is coming out in July. She recorded it pre-pandemic.

CP: How about Jann Arden, who was originally supposed to be inducted into the Canadian Music Hall of Fame by Anne Murray on the broadcast? Those plans have been sidelined, but is something going to materialize later?

Reid: We felt this was not the time... those are lifetime moments. So we haven't finalized details. We are trying to figure out how to accomplish that, whether it's around the 50th anniversary, or another way, we're not sure. (There were) so many disappointments with the show not happening and that was definitely one of them.

CP: Speaking of the 50th anniversary, the Junos are slated for Toronto next year to mark the momentous occasion. The celebration would be the first time in a decade that the awards have taken place in the city. But considering the virus, is that still on?

Reid: Obviously, COVID is has changed everything. As a music event that is a mass gathering -- from all of our events to the broadcast -- we have to be taking into consideration: What if there is a second wave? Things are still relatively unknown about what the future will hold, so we need to make plans, and alternate plans, to make sure that we can still do a celebration. But what exactly that's going to be, right now we're still working through. I don't think there's anybody who can say for sure if we're going to be able to gather 15,000 people in the Scotiabank Arena next March.

CP: After the last-minute cancellation of the 2020 Junos, do you plan to return to Saskatoon?

Reid: We're working on a three- to five-year plan at all times with future cities. The challenge for Saskatoon is that everything was spent -- it wasn't like we cancelled a month before the event, (it was) 48 to 72 hours. And so all the food had been delivered to the convention centre for the gala dinner, the stage was fully built, we were starting rehearsals. The whole machine was rolling. So, from an investment standpoint, it requires new investment to make that happen again. Hopefully we'll get a chance to go back.

CP: What about the Canadian music industry as a whole? Since the country effectively shut down live entertainment, we've seen musicians rally for financial support from the federal government, but there's a more uncertain road ahead for live music. You're head of CARAS, a non-profit that supports performers, so how do you see this shaping up?

Reid: The music industry -- like sports, like restaurants -- has been hit incredibly hard. It's devastating to see artists lose their livelihoods who can't tour. Yes, we're very fortunate to have a government that's providing (assistance) to try to make ends meet, but I've had so many conversations with artists who are just going, "I don't know much how longer I can go. I've got to find another way to make a living." If they're not on the radio and not generating that kind of performance income, it comes from performing live. And I'm extremely worried of what's going to happen to the venues across this country. If this is prolonged from three-and-a-half months into next year, how do those venues survive? And if they go away then where do the bands go to play?

This report by The Canadian Press was first published June 26, 2020