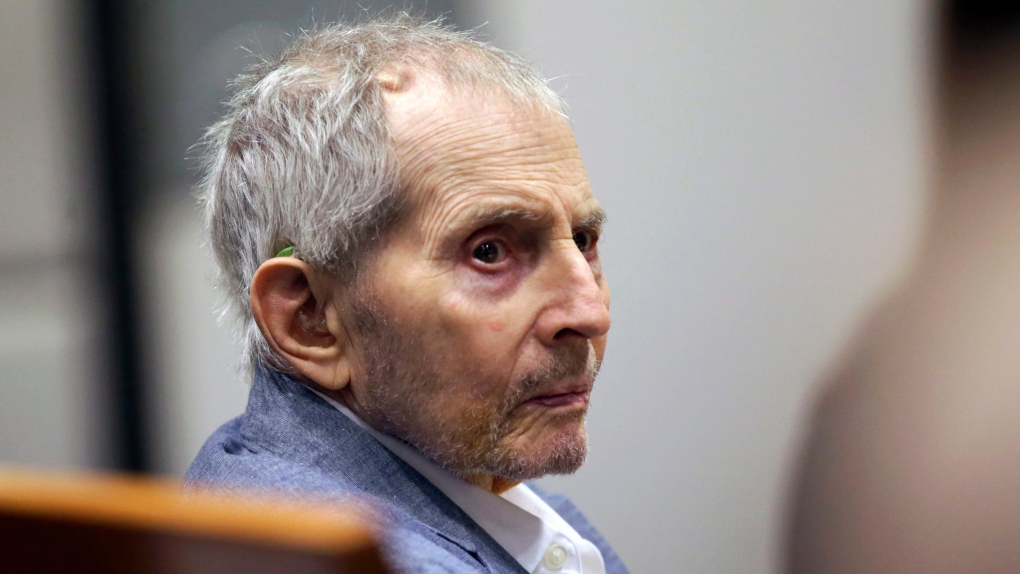 LOS ANGELES -- Los Angeles prosecutors are opposing Robert Durst's push for a mistrial, saying Tuesday that the wealthy real estate heir is using the coronavirus pandemic to further delay and distract from the case accusing him of killing his best friend.

After just two days of testimony, the 77-year-old Durst's long-awaited trial was brought to a halt in March because of court closures tied to the virus. His lawyers argued in April that he cannot get a fair trial with the monthslong delay because jurors may not be able to accurately recall the evidence already presented.

In their motion, prosecutors say the Durst's move is "simply his latest effort to restart a trial for tactical and strategic considerations independent of the pandemic."

It argues that Durst's team failed to show that the delay will bring irreparable damage to his defence, which the California Supreme Court has said is necessary to declare a mistrial.

Prosecutors say jurors, who were selected for their ability to serve on a long and complicated trial without excessive hardship, will be capable of resuming their duties.

The motion concedes that while the long break is "`unprecedented' in the annals of jurisprudence, so is the COVID-19 pandemic which caused it."

The trial, which was being held in a tightly packed courtroom in LA, is tentatively scheduled to resume July 27 at a roomier courthouse in the nearby city of Inglewood to allow for greater social distancing.

Durst, scion of one of New York's wealthiest real estate dynasties, is charged with killing his best friend, Susan Berman, in her home in Beverly Hills in December 2000.

Prosecutors argued in opening statements that Durst shot Berman because she knew Durst had killed his wife, who disappeared in 1982.

Durst has never been charged in his wife's killing and has denied having any role in either death.