Posthumous Chuck Berry live album to be released in December 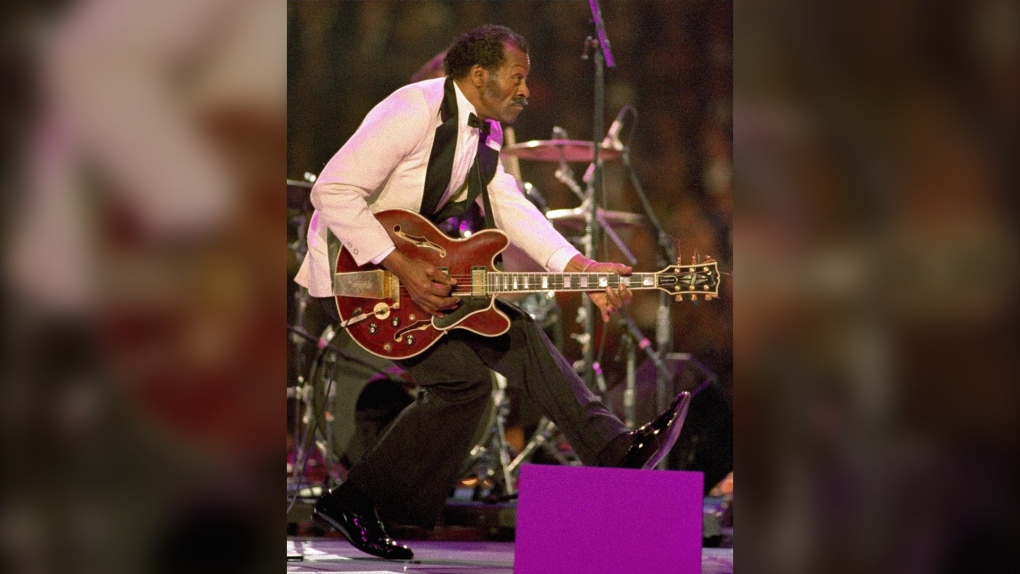 NEW YORK -- Dualtone Records is marking the birthday of Chuck Berry by announcing the release of a live album from the late rock 'n roll legend.

"Live From Blueberry Hill" is taken from performances recorded between July 2005 and January 2006 at Blueberry Hill cafe in St. Louis, one of Berry's favourite places to play. The album will be released Dec. 17.

The album features Berry tearing through classics like "Roll Over Beethoven," "Sweet Little Sixteen" and "Johnny B. Goode." In 1986, he became one of the first artists to be inducted into the Rock and Roll Hall of Fame. His 95th birthday would have been Monday.

More songs off the live album include "Rock and Roll Music," "Let It Rock," "Carol/Little Queenie," "Around and Around," "Nadine" and "Mean Old World."

Berry inaugurated the Duck Room in the cafe that hosts live music and played more than 200 monthly concerts there over 17 years.

Today, in honor of what would be @ChuckBerry’s 95th birthday, stream “Carol/Little Queenie” and pre-order Live From Blueberry Hill at https://t.co/EZEZnzohN5