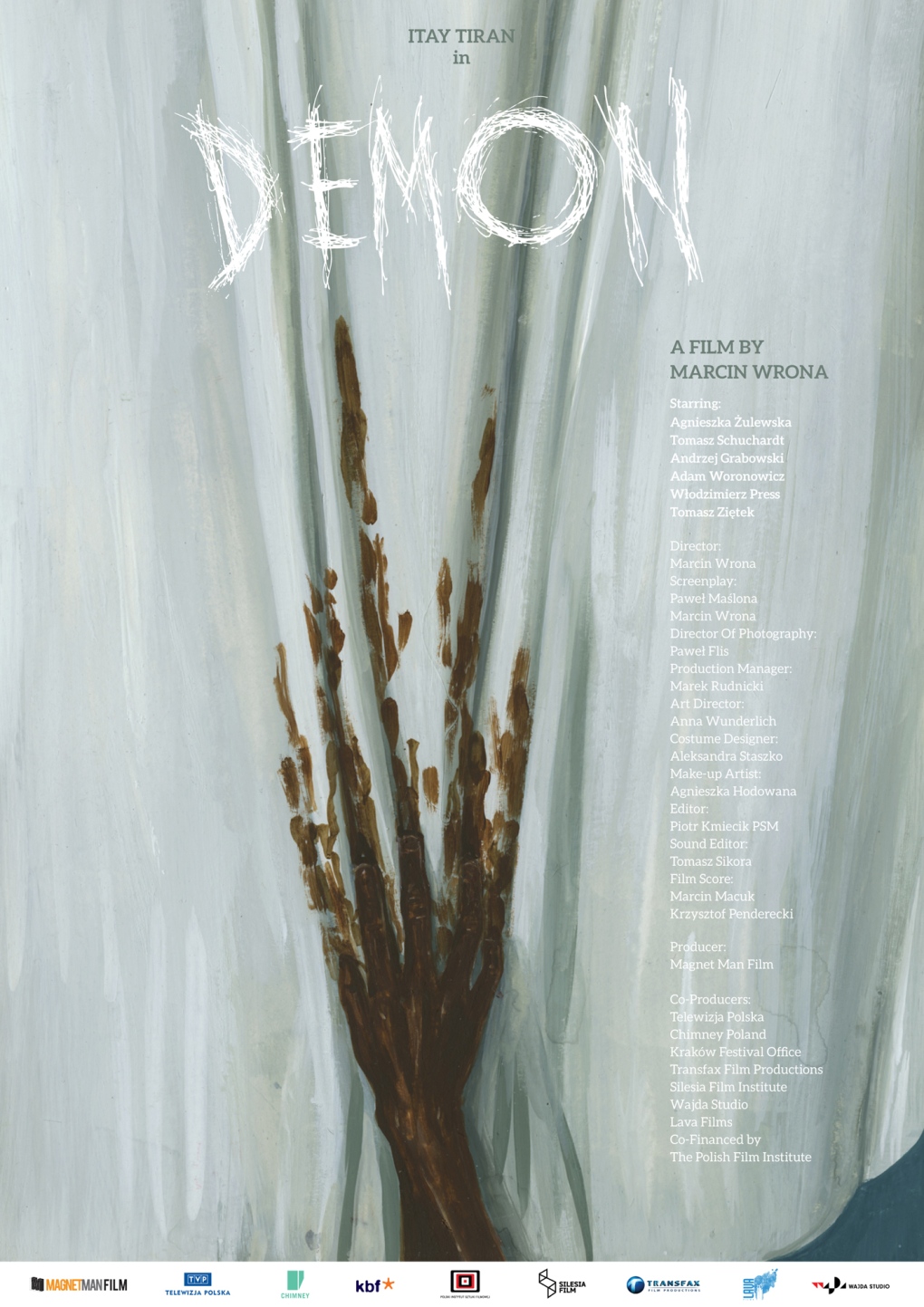 The poster for 'Demon,' a film by Marcin Wrona (Magnet Man Film)

The director of Poland's Film Festival, Michal Oleszczyk, said Wrona "died suddenly Friday night." He asked for no speculation over Wrona's death until the police and prosecutors' investigations are complete.

Wrona was attending the festival in the Baltic city of Gdynia, where his latest movie had its Polish premiere. The film authorities expressed great regret over the death of one of Poland's most talented filmmakers and festival organizers said the awards ceremony Saturday night would be shortened out of respect for his memory.

A police spokesman in Gdynia, Michal Rusak, said police found the body of a 42-year-old man, whom he did not identify, at a hotel Saturday in Gdynia after being notified by the victim's wife at 5:30 a.m. The prosecutors said no one is suspected of having a role in his death but an autopsy will be performed next week.

In Canada, organizers of the Toronto International Film Festival, where "Demon" was shown in the World Cinema competition, said they were "deeply shocked and saddened" at the news and offered condolences to Wrona's wife and producer, Olga Szymanska.

The movie "truly marked the emergence of a strong new voice on the world cinema stage," their statement said.

"Demon" focuses on a dybbuk -- the spirit of a dead person who haunts the living, according to traditional Jewish belief. The film touched on World War II and the Holocaust, painful elements of Poland's tragic past.

The film premieres in the U.S. at the Fantastic Fest later this month in Austin, Texas, and in Spain at the Sitges Film Festival in October.