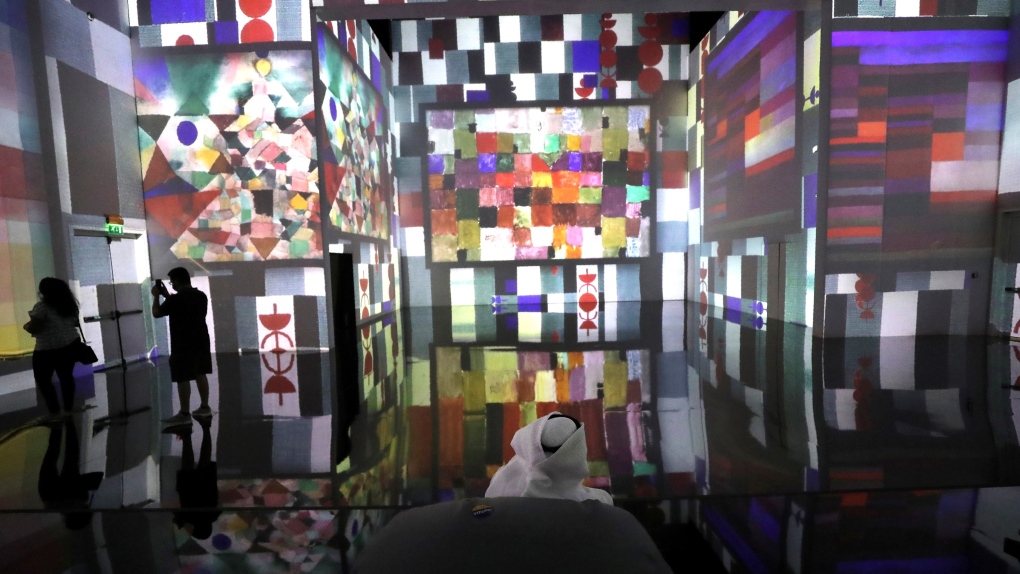 Poland's culture authorities said Thursday a painting by Wassily Kandinsky that was auctioned in Germany for almost 390,000 euros (US$404,000) belongs to Poland, where it was stolen in 1984.

The authorities are threatening legal steps.

Kandinsky's 1928 watercolor "Untitled" was sold Thursday at the Grisebach auctioneers in Berlin. The price tag included the auction fee.

Poland's Ministry of Culture and National Heritage, as well as the Polish Embassy in Berlin, said they had notified the auction house that the artwork was stolen from an exhibition at the National Museum in Warsaw. They said they had protested putting it up for the auction.

"The German auction house has acted like a receiver of stolen goods," Poland's culture minister, Piotr Glinski, said on Twitter.

The abstract composition on cardboard bears the Polish museum's stamp on the reverse. The online auction catalogue says it was Kandinsky's birthday present to Otto Ralfs and was in Braunschweig until around 1940. It was at the National Museum around 1965-1983, according to the catalogue, and then was in a private art collection in the U.S. In 1988 it was acquired by a private person from Galerie Thomas in Munich.

Poland is also actively seeking artwork that was looted by the Nazi German troops when they occupied Poland during World War II.

During the auction at Grisebach on Thursday, Germany's record price for an art piece appears to have been paid. A self-portrait by German expressionist artist Max Beckmann painted during World War II sold for 20 million euros (US$20.7 million) before fee.