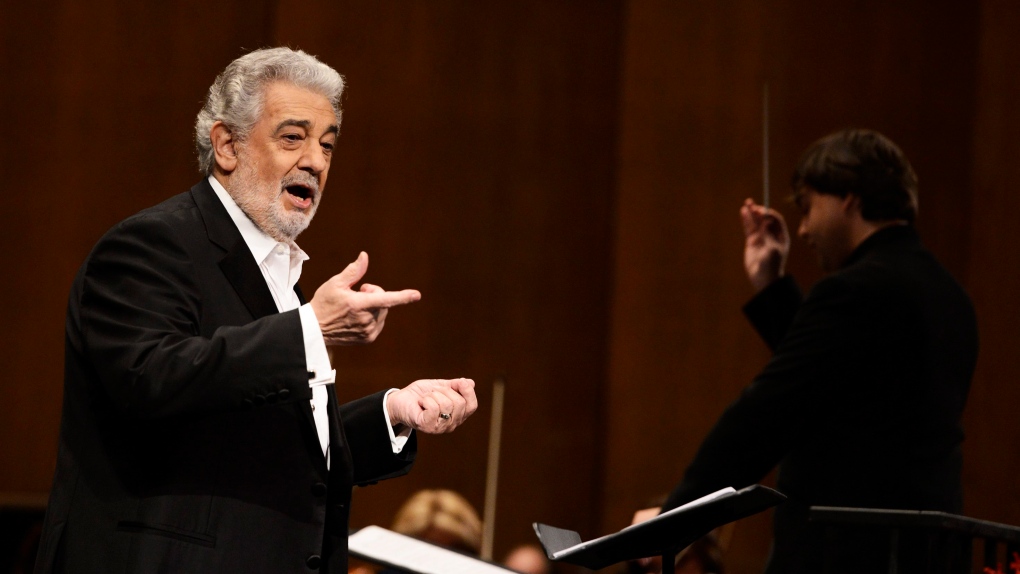 SAN FRANCISCO -- Opera star Placido Domingo amended his apology to the multiple women who have accused him of sexual misconduct, adding several caveats Thursday to a statement two days earlier in which he said he took "full responsibility" for his actions.

In a statement on his Facebook page, posted as several European concert halls moved to cancel his appearances, the legendary tenor said he wanted "to correct the false impression generated by my apology."

"My apology was sincere and heartfelt, to any colleague who I have made to feel uncomfortable, or hurt in any manner, by anything I have said or done," he wrote. "But I know what I have not done, and I'll deny it again. I have never behaved aggressively toward anyone, and I have never done anything to obstruct or hurt anyone's career."

In his Tuesday statement, Domingo had said: "I respect that these women finally felt comfortable enough to speak out, and I want them to know that I am truly sorry for the hurt that I caused them. I accept full responsibility for my actions, and I have grown from this experience."

Domingo's spokeswoman, Nancy Seltzer, offered no immediate comment when asked how to reconcile the dual statements.

The star's initial statement came in response to the findings of an investigation by the U.S. union representing opera performers, which found the star had behaved inappropriately over the course of two decades when he held senior management positions at Washington National Opera and Los Angeles Opera.

His words set off a backlash in Spain, which became the first country in Europe to cancel on the megastar since the sexual harassment allegations surfaced last year in two stories by The Associated Press.

On Thursday, Madrid's main opera house, Teatro Real, said it had scheduled a meeting to decide what to do about Domingo's five upcoming appearances in May, but that the singer then withdrew from the performances. The company added that it "reaffirms its policy of zero tolerance of harassment and abuse of any kind, and its permanent solidarity with the victims."

The announcement came as other Spanish public institutions and theatres severed ties with the 79-year-old singer, a native son who has long been a source of pride for many in the country.

Many commentators, politicians and fellow artists in Spain had defended Domingo, as did concert halls across Europe, even as U.S. companies swiftly moved to cancel performances and sever ties with the singer in the wake of the harassment allegations.

The first to take action in Spain was the government itself. On Wednesday, the Spanish Culture Ministry said it was calling off two mid-May performances by Domingo at Madrid's Teatro de la Zarzuela light opera house. The ministry said that "given the seriousness of the deeds," it was acting "in solidarity with women affected" to take a stand against sexual harassment.

More cancellations followed Thursday. A musical association in the Spanish city of ├Übeda said it was cancelling Domingo's May 3 performance in light of the week's developments, and the Palau de les Arts, a publicly funded, state-of-the-art opera house in the eastern Spanish city of Valencia, said that, "in line with the values of the institution," it would strip the tenor's name from its popular training program for opera singers. It also ruled out any future contracts with Domingo.

"The institution considers that any conduct against the integrity of women, whether moral, sexual ... is intolerable," a statement said.

The full results of the investigation by the American Guild of Musical Artists have not been made public, but people familiar with the findings who spoke on condition of anonymity told the AP that investigators found 27 people who said they were sexually harassed or witnessed inappropriate behaviour by Domingo.

They said the allegations included unsolicited physical touching that ranged from kisses on the mouth to groping, late-night phone calls in which Domingo asked women to come to his residence, and inviting women to go out with him socially with such persistence that some felt they were being stalked.

The leak of the report's findings has prompted an internal investigation at AGMA, whose leaders say it upended an agreement they had been negotiating with Domingo, according to internal emails obtained by the AP. The emails said the agreement called for Domingo to pay the union a $500,000 fine, issue a public apology, take mandatory sexual harassment training and agree to an 18-month suspension from the union, "premised on AGMA's promise to maintain confidentiality over the details" of the investigation.

Another investigation, still ongoing, was launched by LA Opera, where Domingo had been general director since 2003 before resigning in October.

There have been no other performance cancellations in Europe, where Domingo's next scheduled show is March 22 in Hamburg, Germany.

On Thursday, Italy's Verona Arena said its policy is to not cancel events already on the published program and for which tickets have been on sale for 10 months. Domingo is scheduled to conduct "Aida" there on June 25 and to sing in a gala dedicated to him on July 7.