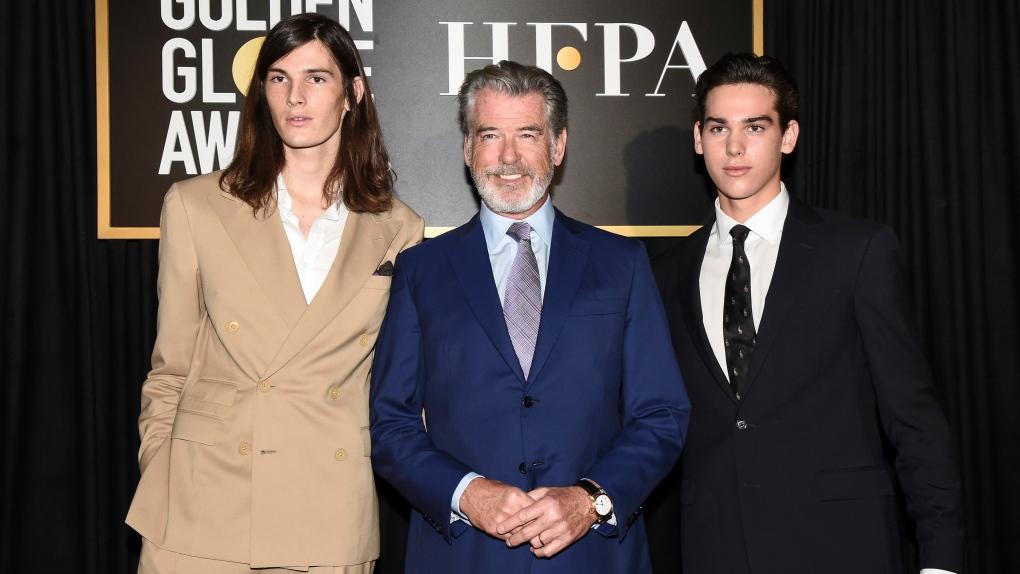 WEST HOLLYWOOD, Calif. -- Pierce Brosnan's sons have been chosen as the Golden Globe ambassadors to assist with the glitzy awards ceremony.

An ambassador is traditionally the child of a celebrity who assists with award presentations, handing out trophies to winners and escorting them off stage.

The Brosnan brothers said they are more excited than nervous to appear on stage at the awards.

"We watched the Globes growing up ... and I've gone with him a few times. So it's truly an honour to be here in this capacity and pay homage to our father's legacy," said Dylan Brosnan about his father, a two-time Golden Globe nominee.

Dylan and Paris are the first male ambassadors after the HFPA rechristened the role, formerly known as Miss Golden Globe, in 2017. The association wanted to expand the role to help recognize the HFPA's philanthropic efforts throughout the year.

The brothers will be partnering with the organization named FEED to deliver nutritious meals to school-aged children throughout the world.

"Our effort is to end child hunger and for parents to help keep their kids in school," Paris Brosnan said.

The Golden Globes ceremony will be held at the Beverly Hilton Hotel in Beverly Hills, California, on Jan. 5. Nominations for the show, which honours achievements in film and television, will be announced on Dec. 9.