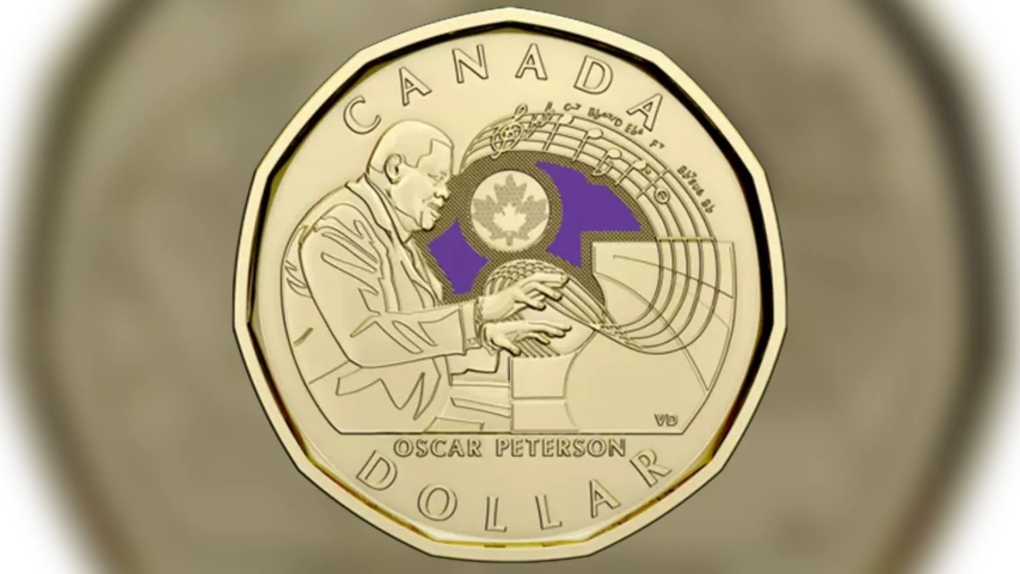 Canadians will soon be able to carry a piece of national music history in their wallets with the launch of a coin commemorating legendary jazz pianist Oscar Peterson.

Mint president and CEO Marie Lemay says Peterson is both the first Black Canadian and the first musician to be featured on a circulation coin.

The mint is issuing three million coins depicting Peterson, known as “the man with four hands,” playing the piano.

The coin will start circulating on Aug. 15 to coincide with Peterson's birthday.

His widow, Kelly Peterson, says the illustration also includes the final notes of his 1962 composition “Hymn to Freedom,” which was embraced as an anthem of the civil rights movement.

“I hope (Canadians) will think about not only Oscar's contributions as a pianist and a composer, but also that they'll think about what he stood for,” Kelly Peterson told reporters.

“That they will think about the example he set for civil rights and human rights, standing up for people who could not speak for themselves.”

While his musical talents won him international recognition, Peterson never forgot he was Canadian, Finance Minister Chrystia Freeland said at the unveiling in Toronto.

“I'm so glad that Oscar Peterson's story will reach every corner of Canada three million times, told over and over and over again,” Freeland told the crowd at Roy Thomson Hall.

Pianist and composer Thompson Egbo-Egbo paid tribute to Peterson with a special performance.

Born in Montreal in 1925, Peterson is widely regarded as one of the foremost jazz pianists of his generation, winning numerous Juno and Grammy Awards over his 60-year career.

He was inducted into the Canadian Music Hall of Fame before dying of kidney failure in 2007 at the age of 82.

This report by The Canadian Press was first published Aug. 11, 2022.

While Canadians have endured months of rising prices for staples such as food and gas, one product consumers may have noticed little change in is retail cannabis.

OPINION | Richard Berthelsen: Where will the King and Queen Consort live on a day-to-day basis?

In just over three weeks, everything in royal life has changed. In an exclusive column for CTVNews.ca, royal commentator Richard Berthelsen explains how.

An LGBTQ2S+ helpline in Quebec is on track to close its evening service next month due to a lack of funding, potentially impacting thousands of people.