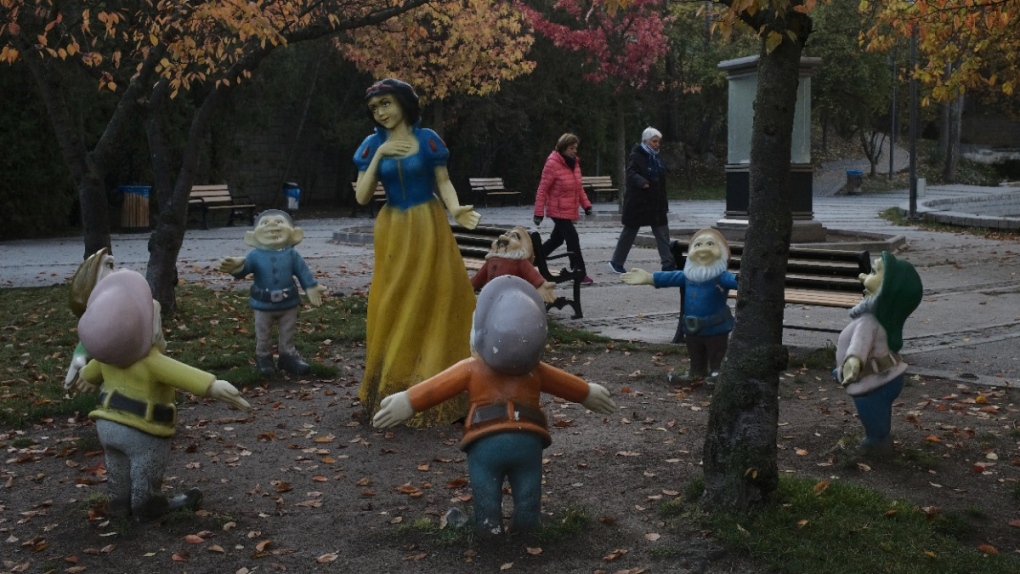 "Snow White and the Seven Dwarfs" is getting a live-action remake, but Emmy winning actor Peter Dinklage isn't sure it should.

Disney announced that "West Side Story" actress Rachel Zegler will star as the princess in the remake of the 1937 animated film. Gal Gadot will play the Evil Queen. Dinklage thinks the story shouldn't be remade at all if it's not updated.

The "Game of Thrones" star appeared on Marc Maron's "WTF" podcast Monday and raised some questions about revisiting the 85-year-old film at this time.

"I was a little taken aback when they were very proud to cast a Latina actress as Snow White. You're still telling the story of 'Snow White and the Seven Dwarfs.' Take a step back and look at what you're doing there. It makes no sense to me," he told Maron. "You're progressive in one way and you're still making that f---ing backwards story about seven dwarfs living in a cave together, what the f--- are you doing man? Have I done nothing to advance the cause from my soapbox? I guess I'm not loud enough."

The original "Snow White and the Seven Dwarfs," the first full length animated feature from Disney, can still be told says Dinklage, it just needs to be updated to today's standards.

"If you tell the story of 'Snow White' with the most f---ed up, progressive spin on it? Let's do it. All in," he told Maron.

Montreal has 17 suspected monkeypox cases; officials say it's 'not highly contagious' or severe

Montreal Public Health said they're asking health workers to be alert for monkeypox cases but said the illness is also not extremely contagious and is the milder of two strains. There are 17 suspected cases in the Montreal area.

Prince Charles and Camilla, Duchess of Cornwall, have started their journey to Canada's North, where they are scheduled to speak with First Nations chiefs as the final day of the royal visit focuses on Indigenous issues and climate change.

Hundreds more Ukrainian fighters who made their stand inside Mariupol's bombed-out steel plant surrendered, bringing the total to over 1,700, Russia said Thursday, amid international fears about the fate of the prisoners in Moscow's hands.

An expert in Canadian policing says the New Brunswick officer who killed a 26-year-old Indigenous woman during a wellness check two years ago was following police training.

The spotlight in a Virginia courtroom has turned to attorney Camille Vasquez this week.