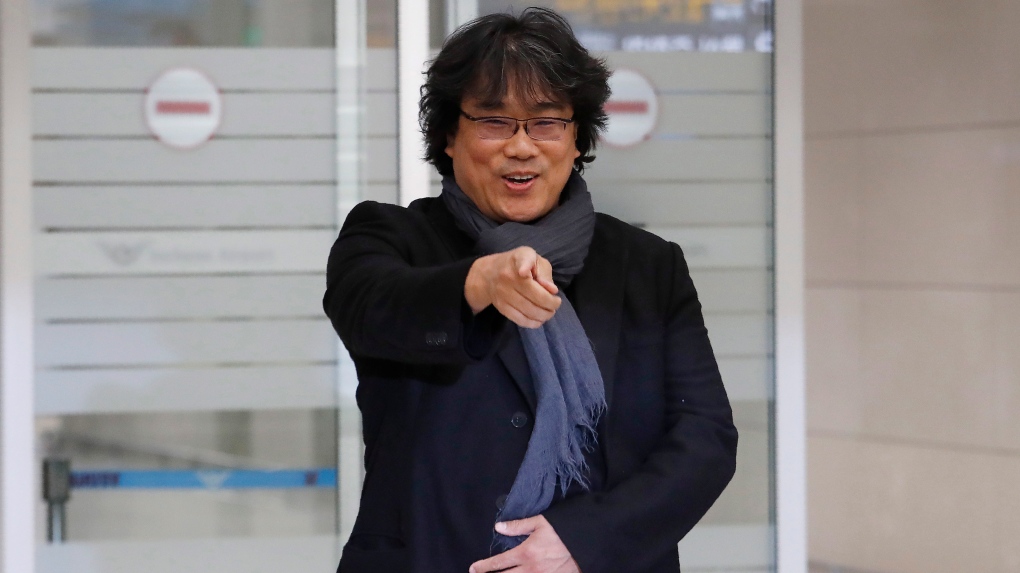 INCHEON, KOREA, REPUBLIC OF -- Director Bong Joon-ho smiled and waved at a waiting crowd on Sunday as he arrived home in South Korea, his first trip back since he won four Oscars for his movie "Parasite," including the award for Best Picture.

The crowd clapped and cheered as Bong walked out of the arrivals gate at Incheon International Airport.

"It's been a long journey in the United States and I'm pleased that it got wrapped up nicely," Bong said, speaking in Korean. "Now, I am happy that I can quietly return to creating, which is my main occupation."

He also joked that he would wash his hands to join the movement to defeat a new virus that has sickened tens of thousands, mostly in China.

"I'll diligently wash my hands from now on and participate in this movement to defeat coronavirus," he said. As of Sunday, South Korea had 29 confirmed cases of the new virus, which the World Health Organization has named COVID-19, referring to its origin late last year and the coronavirus that causes it.

"Parasite" was the first non-English-language film to win Best Picture in the 92-year history of the Academy Awards, and is the first South Korean movie to ever win an Oscar, stunning moviemakers and fans around the world.

Bong plans to hold a news conference with the staff and cast of "Parasite" on Wednesday in Seoul.