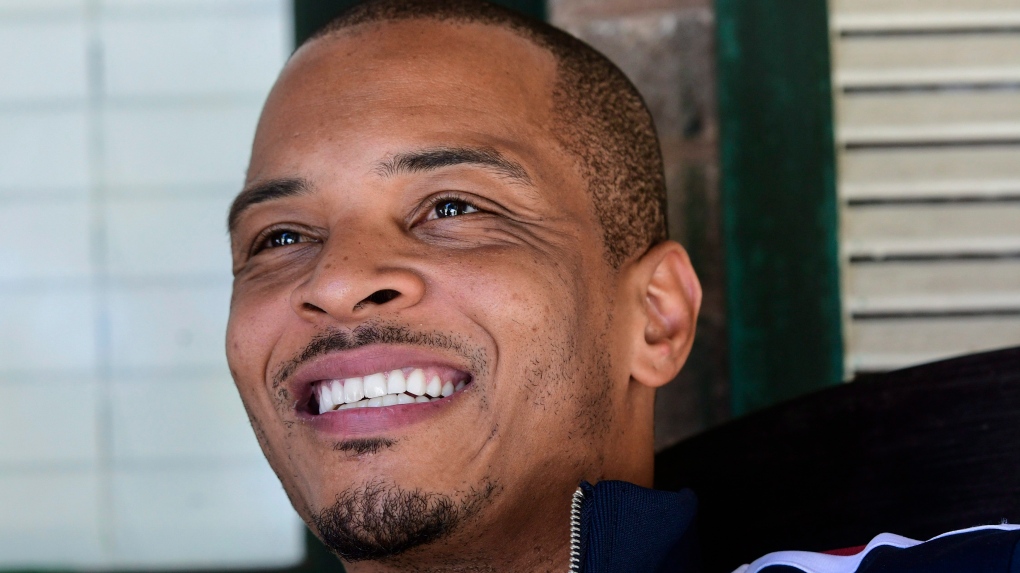 In this Sept. 14, 2018, file photo shows rapper Clifford Harris Jr., better known as T.I., on the porch of his grandparents' home where he grew up in Atlanta. (AP Photo/John Amis, File)

American rapper T.I. has come under fire for revealing he takes his 18-year-old daughter to the gynecologist every year, to have her hymen examined to ensure it’s “still intact.”

During an episode of the podcast “Ladies Like Us,” which was released on Tuesday, the famous rapper, actor, and current judge on the Netflix series ‘Rhythm + Flow’ was asked about parenting and the sex education his six children receive.

T.I. responded that he’s had “the talk” about sex with his daughters and even accompanies his eldest daughter, Deyjah Harris, to the gynecologist for an annual exam.

“We have yearly trips to the gynecologist to check her hymen,” he said. “Yes, I go with her.”

The 39-year-old rapper said his daughter’s gynecologist explained to him that a woman’s hymen can be broken in other ways outside of sexual activity.

“And so then they come and say, ‘Well, I just want you to know that there are other ways besides sex that the hymen can be broken like bike riding, athletics, horseback riding, and just other forms of athletic physical activity,’” he recalled.

Not to be deterred, T.I. said he told the doctor to conduct the examination anyway.

T.I. also decided to share the results of his daughter’s test during the podcast interview.

“I will say, as of her 18th birthday, her hymen is still intact,” he said.

T.I.’s remarks have sparked outrage with critics condemning the practice of inspecting a female’s hymen to see if she’s still a virgin.

On Wednesday, Dr. Jennifer Gunter, an obstetrician and gynecologist, author, and columnist for the New York Times, took to Twitter to share her disgust at the rapper’s comments.

“This is horrible on so many levels,” she wrote.

The gynecologist then proceeded to explain what the hymen is and its bodily function for her followers.

“The hymen is no virginity indicator, 50% of sexually active teens do not have a disrupted hymen,” she said. “The hymen is often very flexible.”

Gunter also said that two-thirds of women don’t bleed the first time they have sex and if they do, it’s usually from menstrual spotting.

“The hymen means nothing physically and hymen exams are medically not a thing and are unnecessary and support a disgusting patriarchal trope,” she said.

The U.S. sexual health non-profit organization Planned Parenthood echoed Gunter’s sentiments with a tweet of their own.

“Idk who needs to hear this but virginity is a made-up social construct, and it has absolutely nothing to do with your hymen,” the group wrote.

The organization also went on to explain that the hymen is a “little different” for everyone.

“Some people just naturally have hymens that are more open. And many other activities besides sex can stretch your hymen — like riding a bike, doing sports, or putting something in your vagina (like a tampon or finger). Once your hymen is stretched open, it can’t grow back,” the tweet read.

Both the World Health Organization (WHO) and United Nations Women have denounced the practice of “virginity testing” as a violation of female’s human rights.

“There is no examination that can prove a girl or woman has had sex – and the appearance of girl’s or woman’s hymen cannot prove whether they have had sexual intercourse, or are sexually active or not,” according to the WHO’s website.

The organizations warned that “virginity testing” can be detrimental to women and girl’s “physical, psychological, and social well-being.”

“The examination can be painful, humiliating and traumatic,” the statement read. “Given that these procedures are unnecessary and potentially harmful, it is unethical for doctors or other health providers to undertake them. Such procedures must never be carried out.”

Following the backlash, the interview featuring T.I. has since been removed from the podcast’s website.

While T.I. and his daughter Deyjah Harris have not publicly commented on the controversy, Harris has “liked” several tweets criticizing her father.