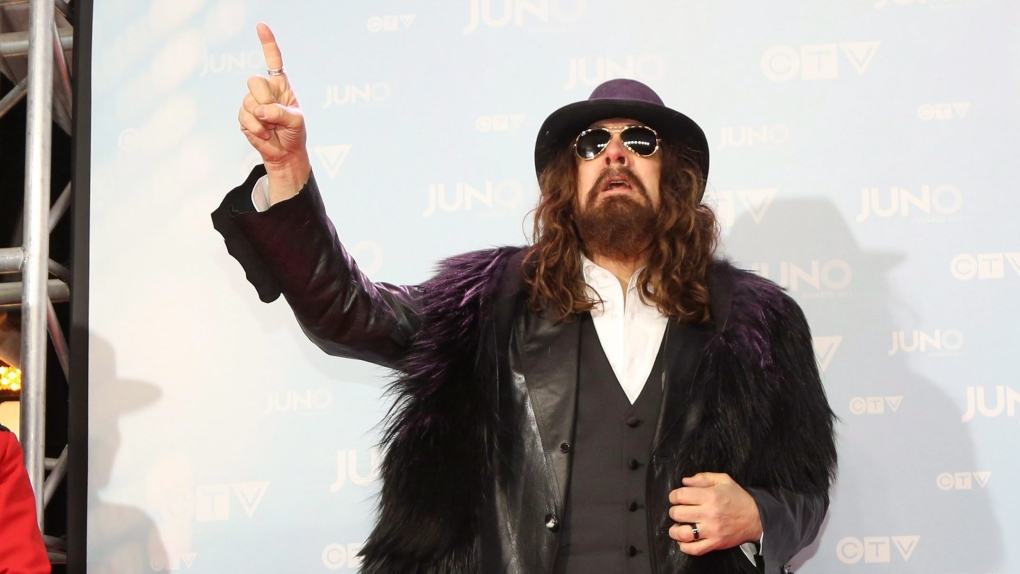 The Junkhouse and Lee Harvey Osmond singer was featured on a live stream on social media and explained that he had gone to support the Indigenous land defenders at the Caledonia, Ont. site, dubbed 1492 Land Back Lane, on Wednesday ahead of Secret Path Week.

"The OPP showed up and served me papers," Wilson said during the stream with DWF Live. He called his arrest "interesting" after "61 years of being free… from any problems with the law."

Secret Path Week is a national movement commemorating the legacies of Canadian musician Gord Downie and residential school victim Chanie Wenjack, running from Oct. 17-22. It encourages Canadians to take meaningful action to move reconciliation forward and further the conversation about the history of residential schools.

A group from Six Nations has been occupying 1492 Land Back Lane since mid-July, claiming the site is on Haudenosaunee territory that was never legally signed away to the Crown.

The OPP confirmed that Wilson has been charged with mischief and disobeying a court order by the site’s developer, which prevents anyone not authorized by Foxgate Developments from being on the contested property.

Provincial police say they have arrested more than 30 people since early August for allegedly breaching the injunctions, some multiple times.

"I went with a few other musicians to perform for the families that were there. So I guess that in Canada that’s illegal now. So that’s how my day kind of started," Wilson said during the live stream.

Wilson told the radio show that politicians need to put reconciliation "in play" in regards to Indigenous communities and said local governments should stop describing people defending their land as "terrorists."

Tahnee Williams, wife of Skyler Williams, spokesperson for the Six Nations Land Defenders, was also arrested on Wednesday with Wilson.

Wilson shared an official statement about the arrest on his Twitter account on Thursday, saying he plans to fight the charges.

“I have always stood and continue to stand in solidarity with the Haudenosaunee Land Keepers of Six Nations and my fellow Indigenous Sisters and Brothers and Indigenous sovereignty. I look forward [to] fighting these charges in court," he wrote.

A statement from Tom Wilson: pic.twitter.com/nfAtoJTL6q