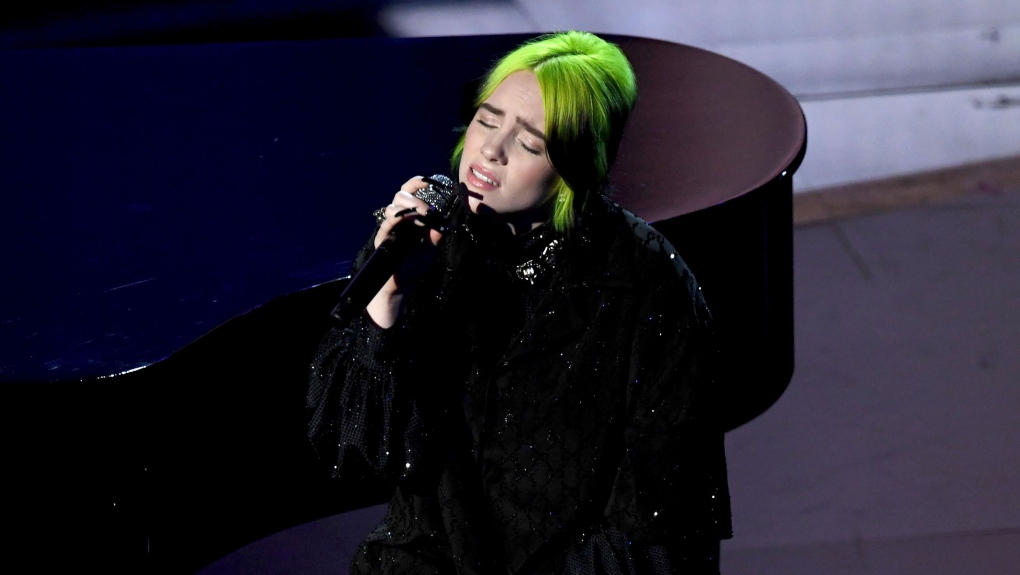 Her name is Eilish, Billie Eilish.

The history-making Grammy winner has released the new theme to the new James Bond film, "No Time To Die."

The moody track was produced by the 18-year-old and her collaborator brother, Finneas, and Stephen Lipson.

Hans Zimmer and Matt Dunkley provided the orchestral arrangements, according to a press release.

"It feels crazy to be a part of this in every way. To be able to score the theme song to a film that is part of such a legendary series is a huge honor," Eilish said in a statement. "James Bond is the coolest film franchise ever to exist. I'm still in shock."

With the song, Eilish becomes the youngest person in history of the Bond franchise to write and record a theme song for one of the iconic films.

"Their creative integrity and talent are second to none and I cannot wait for audiences to hear what they've brought - a fresh new perspective whose vocals will echo for generations to come," director Cary Joji Fukunaga said of Eilish and her brother.

Last month, Eilish swept the four biggest prizes at the Grammy Awards -- best new artist, record of the year, album of the year and song of the year, becoming the youngest solo performer to ever do so. She also took home best pop vocal album, for a total of five Grammys.

"No Time To Die," the new Bond film, will be released April 2 in the U.K. and April 10 in the United States.