No masks, no distancing and a 4,000-strong crowd at next month's Brit Awards, as U.K. restarts live events 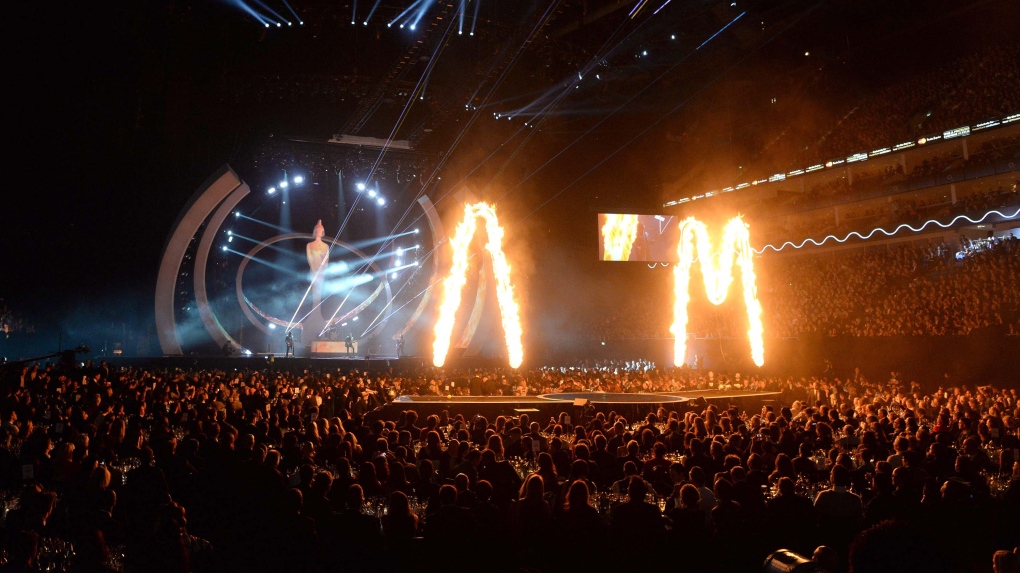 The U.K.'s flagship music awards ceremony, the Brits, will go ahead with a 4,000-strong crowd, no social distancing and no masks next month, as part of a government trial that offers a peek at how large events can operate in a post-pandemic world. (WENN Rights Ltd/Alamy Stock Photo/CNN)

The U.K.'s flagship music awards ceremony, the Brits, will go ahead with a 4,000-strong crowd, no social distancing and no masks next month, as part of a government trial that offers a peek at how large events can operate in a post-pandemic world.

The ceremony at London's O2 Arena will take place on May 11, with an audience made up of 2,500 frontline workers and another 1,500 corporate invitees.

Attendees will not have to distance from each other, but will be required to present a negative COVID-19 test taken before the event. They are also being asked to take tests after the show, to track any potential transmission between audience members.

The ceremony is one of several live test events being overseen by the British government, as it attempts to stick to Prime Minister Boris Johnson's promise of a virtual return to pre-COVID rules on or after June 21.

Other trials will see 3,000 people pack into a nightclub in Liverpool on April 30, 5,000 people attend an outdoor concert on May 2, and 21,000 football fans watch the FA Cup final at Wembley Stadium on May 15.

"This has been a long tough year for everyone and I'm delighted the night will honour the key worker heroes who have cared for us so well during that time and continue to do so," singer Dua Lipa, who is nominated for an award, said in a press release.

Geoff Taylor, the Brit Awards chief executive, added: "Not only will we be celebrating the brilliant music and artists that have helped us through the pandemic, but we hope it will provide a path for the return of live music that fans and artists have so sorely missed."

British comedian Jack Whitehall is due to host the ceremony, which will include performances from artists Headie One and Arlo Parks.

A stringent lockdown and a speedy vaccination rollout have helped the U.K. start to reopen parts of society in recent weeks. Pubs, restaurants and other hospitality venues were allowed to reopen for outdoor dining in England last week, and another phase of restrictions are due to be eased on or after May 17.