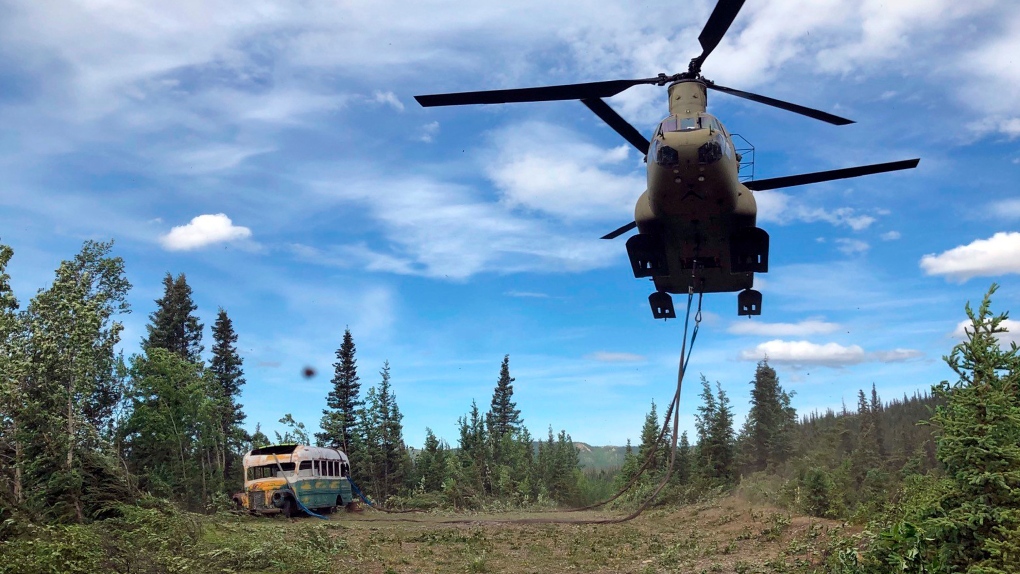 The bus that played a key role in the gripping adventure and tragic death chronicled in "Into the Wild" is likely to begin its next chapter at a museum in Fairbanks, Alaska.

Bus 142, a distinctive green and white 1940s-era International Harvester, was airlifted by the Alaska Army National Guard from its longtime location along the Stampede Trail on June 18 for safety reasons. It has since been in an undisclosed location as the Department of Natural Resources considered its next move.

On Thursday, the department announced that the bus is likely to be housed at the University of Alaska's Museum of the North in Fairbanks.

A long-term home at the museum will help preserve and share the stories of the people associated with Bus 142, said Corri Feige, commissioner of the Department of Natural Resources.

"It can honor all of the lives and dreams, as well as the deaths and sorrows associated with the bus, and do so with respect and dignity," Feige said.

The death of 24-year old Christopher McCandless is at the center of the bus' tragic and storied past, which was recounted in Jon Krakauer's 1996 book "Into the Wild" and adapted into a movie in 2007.

McCandless stayed for 114 days at the bus along the Stampede Trail, dying alone at the site in 1992 after becoming stranded by an impassable river. The bus was located about 25 miles west of Healy.

Two additional travelers have died in attempts to reach the bus and many wanderers seeking the site have gotten into trouble in the wilderness, prompting DNR's push to move the bus to prevent future tragedy.

DNR said it is negotiating with UA's Museum of the North, one of dozens of museums and institutions that have pitched plans for the bus, DNR said.

The Museum of the North's proposed plan fits the DNR's requirements for the bus' next chapter, the DNR statement said. Those plans "must enhance public safety, minimize financial impact [on] the state, be legally defensible, and be respectful to the families that lost loved ones in connection with the bus."

Bus 142 served as a Fairbanks city bus in the 1950s and later housed constructions crews, then hunters, adventurers and pilgrims inspired by "Into the Wild."