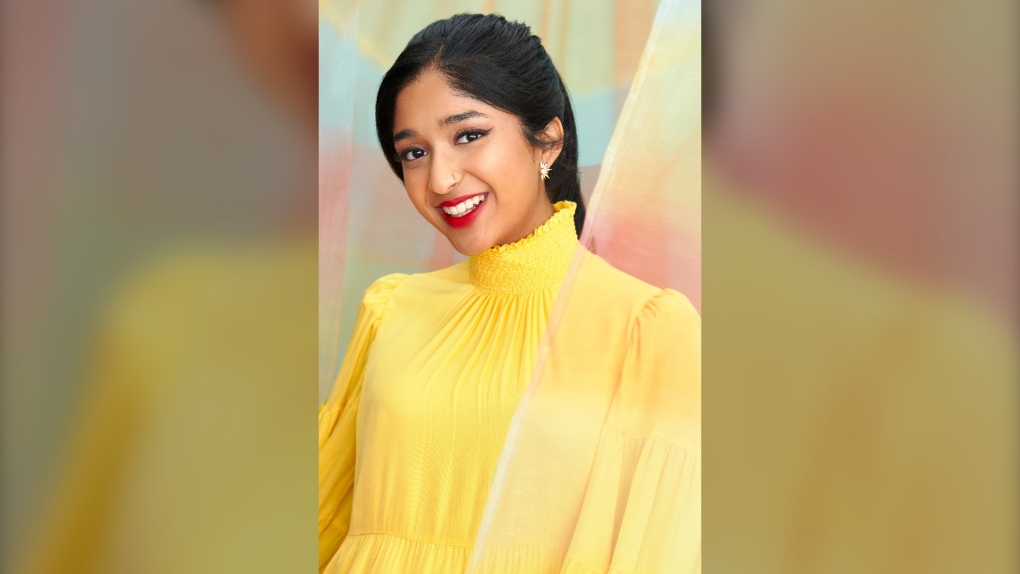 'Never Have I Ever' star Maitreyi Ramakrishnan. (THE CANADIAN PRESS / HO-Netflix-Nolwen Cifuetes)
TORONTO -

"Never Have I Ever" star Maitreyi Ramakrishnan and sportscaster Bob Cole are among those set to receive honours from this year's Canadian Screen Awards.

The Academy of Canadian Cinema & Television has announced the winners of its special awards, a precursor to the annual weeklong bash recognizing the best in homegrown film, television and screen-based media.

Ramakrishnan, the young star of the Netflix comedy "Never Have I Ever," will receive the Radius Award for "making waves globally" while Cole will get a lifetime achievement award.

Former CBC host and Inuk media personality Rassi Nashalik is up for a broadcast journalism award, while production executives Vince Commisso of 9 Story Media Group and John Galway of Corrib Entertainment will be recognized for their impact on the growth of the Canadian media industry.

This year introduces the Changemaker Award, for individuals in media who bring attention to systemic racism and promote equity and inclusion. The winners are TSN host and producer Kayla Grey, CBC host and playwright Amanda Parris and Kathleen Newman-Bremang, deputy director of Unbothered, Refinery29's online community for Black women.

This report by The Canadian Press was first published Jan. 18, 2022