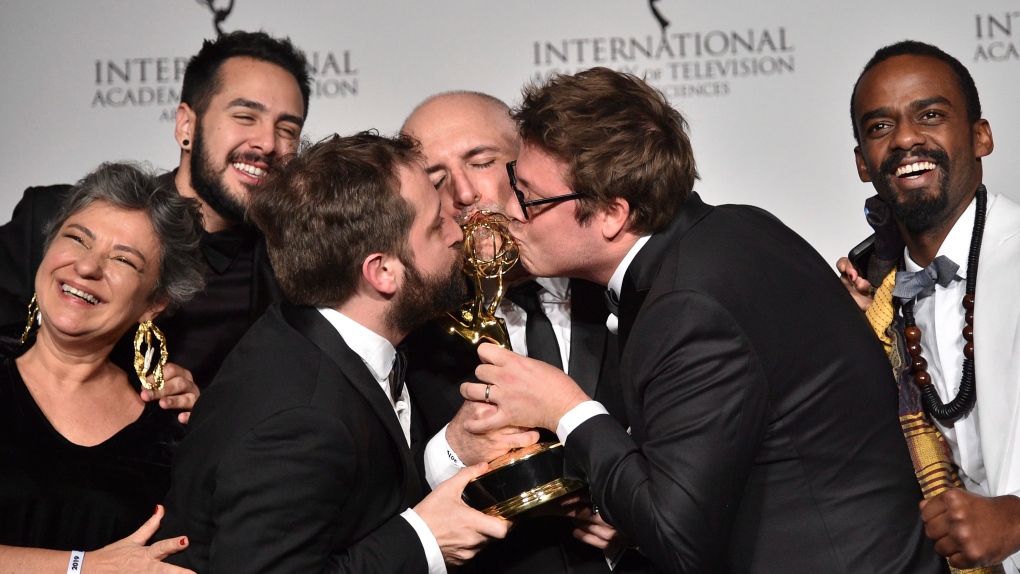 TORONTO -- More than 1.3 million people have signed a petition calling for Netflix to remove the Christmas parody special, “The First Temptation of Christ”, over its portrayal of a possibly gay Jesus.

Christians who signed the Change.org petition, written in Portuguese, called the program “offensive to God and Catholics”, an “immoral movie against family, against society”, “disgusting”, and “will bring wrath on those who even giggle at the notion that Christ could be tempted in such a perverse way.”

Other petitions in English have also popped up calling for the program’s removal. One called the show a “direct attack and ridicule” on the Christian faith.

Netflix describes the 46-minute film, which is also available to Canadian subscribers, as a “Christmas special so wrong, it must be from comedians Porta dos Fundos”.

Translated as “Backdoor” in English, the Brazilian sketch comedy ensemble are known for their irreverent satire on everything from religion to political corruption. The group, established in 2012, has more than 16.2 million YouTube subscribers and 9.3 million Facebook followers.

In “The First Temptation”, Jesus, who is turning thirty, brings a special guest to meet his parents, Mary and Joseph. It is implied that Jesus and his male friend are in a sexual relationship. The online entertainment site, Decider, called the special “gleefully blasphemous” and highlighted Antonio Tabet’s layered portrayal as an arrogant God.

The program has stirred anger, especially in Brazil, where more than 120 million Brazilians comprise the world’s largest Catholic population. Its right-wing president, Jair Bolsonaro, once called himself a “proud homophobe” and infamously said he would prefer a dead son to a gay son.

The controversy was picked up by English-speaking media after Brazilian newspaper Folha de S.Paulo reported on the petition. The streaming company could not be immediately reached for comment, but earlier told the New York Daily News that it was looking into the issue.

This is the second holiday special from Porta dos Fundos, which last month won an International Emmy for best comedy for last year’s “The Last Hangover,” a spoof on the biblical Last Supper, and what happens when Jesus’ disciples awake the following morning and try to piece together the events of the previous night.