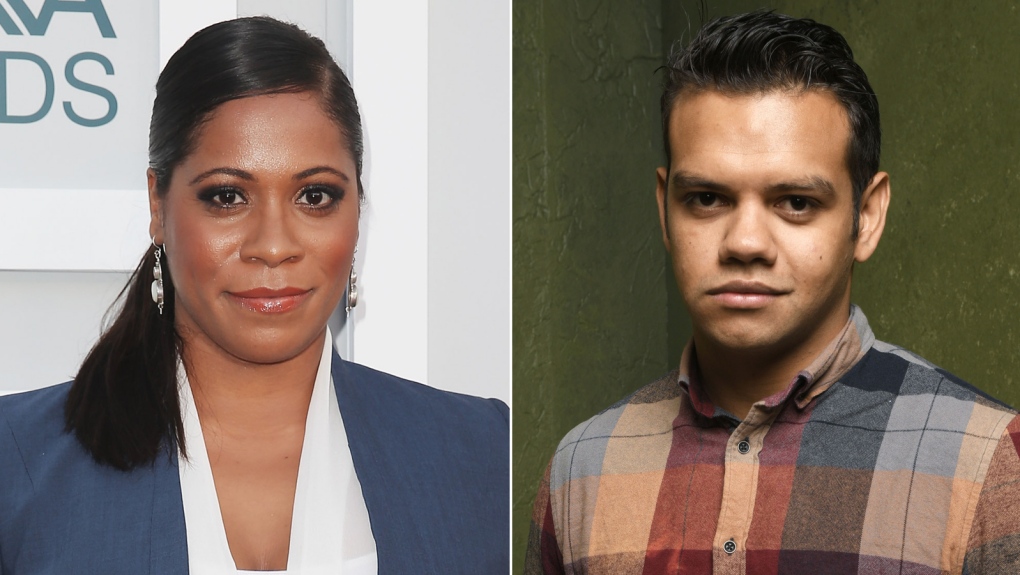 Australia's longest-running soap, "Neighbours," is embroiled in a racism scandal after an Aboriginal actress said she was abused by cast and crew members, heard the N-word multiple times and confronted an actor over a "monkey" epithet while working on the show.

Shareena Clanton, whose first appearance on the show aired on Wednesday, said the N-word was used twice in her presence, and she detailed "multiple racist traumas" she said she endured on set.

The actress also said sexist jokes were made by senior people, that she suffered retaliation and was "ostracized and further marginalized" as a result of her complaints.

"It's been lonely, triggering and traumatising to work in such a culturally unsafe space," Clanton wrote in a lengthy Instagram post on Tuesday.

Following her claims, Clanton received support from a number of fellow actors.

One of them, Meyne Wyatt, starred in hundreds of episodes of "Neighbours" between 2014 and 2016 and said he too had experienced racism and "rampant" homophobia on set.

Wyatt, who is also an Aboriginal actor, said such abuse is endemic in the Australian TV scene. "Neighbours do better! The Film and TV Industry do better! Australia do better!" he wrote on Twitter.

In a statement to CNN, a spokesperson for the show said "there have been significant and lengthy discussions with Shareena during her time on Neighbours and we will continue to work with all cast and crew to ensure Neighbours continues to be a fully inclusive environment."

Chris Oliver-Taylor, the regional CEO of production company Fremantle, told CNN in a statement that an independent review of "Neighbours" and its production process has been ordered.

Racism was 'rife' on set

Set in a fictional Melbourne suburb, "Neighbours" is one of Australia's biggest cultural exports, fascinating international audiences over the course of its 36-year run. The show was particularly popular in the United Kingdom during its late-1980s heyday, and it launched the careers of global stars including Margot Robbie, Russell Crowe and Kylie Minogue.

When the show is not being filmed, its Melbourne set attracts hordes of fans and tourists. But in a detailed Instagram post containing several alleged encounters, Clanton described the site as a toxic and isolating workplace.

The allegations and the Australian media's zealous coverage of them comprise the most damaging controversy in the history of the show, which has aired more than 8,500 episodes and is the country's longest-running TV drama.

"Overt and covert levels of racism were rife, often disguised as 'jokes' like a white actress openly calling another actress of colour a 'lil' monkey'," she wrote. "Twice I endured the 'N'-word openly being used on-set and in the green room. I was even told to 'go somewhere else' by staff when confronting the actor directly because I was making others 'uncomfortable'."

Clanton did not identify any cast or crew members by name -- a decision she said was to "avoid any lawsuit."

But she said a White actress on the show "openly laughed at the racist 'N'-word to only lie about laughing about it when questioned by HR."

"She said that I 'misconstrued' what she was 'laughing at' and that she was laughing at 'something else'. That is a blatant lie," Clanton claimed.

The actress, who previously starred in hit Australian prison drama "Wentworth" and has frequently championed Aboriginal rights at demonstrations and online, also said she saw a "Head of Department" laughing at a vulgar sexist term in front of other cast and crew.

"I'll never work for this show again," she wrote at the end of her post.

In response to the allegations, Oliver-Taylor said the production company is "committed to providing an environment where employees and others in the workplace are treated fairly and with respect, and are free from unlawful discrimination, harassment, victimisation and bullying."

A "Neighbours" spokesperson added: "Neighbours strives to be a platform for diversity and inclusion on-screen and off-screen. Our quest is always to continue to grow and develop in this area and we acknowledge that this is an evolving process. Shareena's involvement in the creative process and on set was invaluable and hugely educational and will benefit the series moving forward."

In the show, Clanton plays Sheila Canning, described in promotional material as "a mysterious woman" who arrives from out of town and shares the same name as a regular character.

Wednesday's episode was the 8,594th in show history.

Despite some progress over the past century, indigenous people have remained on the fringe of Australian society, cut off from advances and still subject to discrimination and racism.

Wyatt, an earlier Aboriginal star on the program, wrote a Twitter thread on Tuesday after Clanton shared her allegations.

"I was a series regular on Neighbours between 2014 to 2016 and I experienced Racism on set," he said. "It involved the C word and I called it out and it didn't happen around me again. Though I did walk in on this incident? so I have no doubt things were being said behind my back."

"I have too much experience to believe otherwise. And it is disappointing but not at all surprising to hear that five years later racism continues to be present in that workplace. But what can you say, we are in Australia."

Wyatt went on to lament the lack of Aboriginal inclusion in major Australian TV shows. He then added: "On top of that, the Homophobia that was present whilst I was on Neighbours, was f**king rampant! The comments and jokes and innuendos were ridiculous!"

"It made for a very unsafe environment for anyone in the LGBTQIA+ community and the sh*t needs to be stamped out."