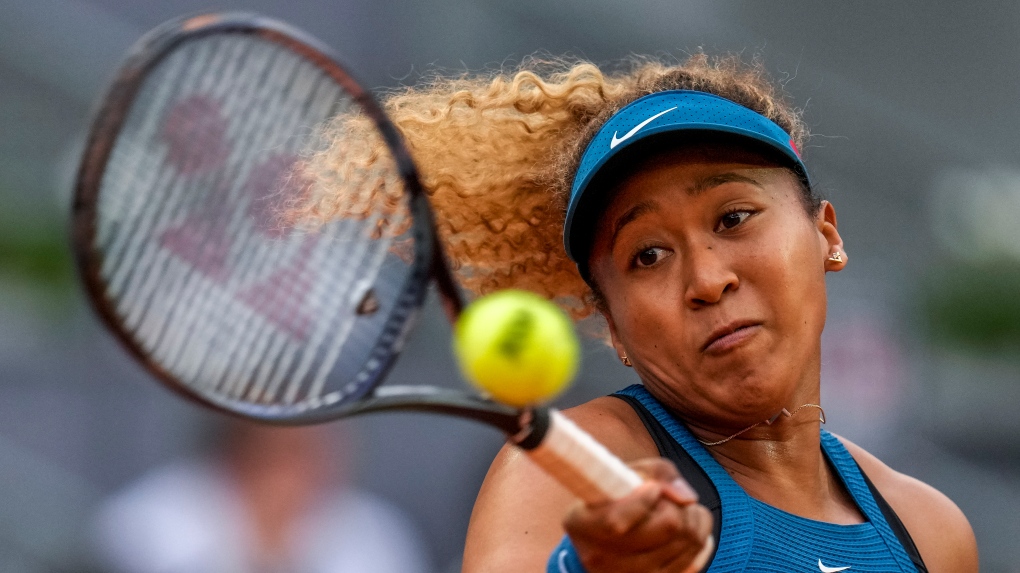 LeBron James and Naomi Osaka are becoming teammates in the entertainment world.

Tennis star Osaka and her agent and business partner, Stuart Duguid, are forming a media company called Hana Kuma in partnership with The SpringHill Company, which was created by NBA star James and Maverick Carter.

"There has been an explosion of creators of colour finally being equipped with resources and a huge platform," Osaka said in a press release about her newest venture."

In the streaming age, content has a more global perspective. You can see this in the popularity of television from Asia, Europe, and Latin America that the unique can also be universal. My story is a testament to that as well. I'm so excited for what we are building at Hana Kuma. We will bring stories to life with this goal in mind: to make unique perspectives feel universal and inspire people along the way."

The 24-year-old Osaka is a four-time Grand Slam champion who also has reached No. 1 in the WTA rankings. She was born in Japan to a Japanese mother and Haitian father; the family moved to New York when Naomi was 3 and she now is based in Los Angeles.

Osaka recently said she would be skipping Wimbledon for the second year in a row. She has not competed on tour since a first-round loss at the French Open last month.

According to Forbes, Osaka became the world's highest paid female athlete in 2020 by earning about $37 million thanks to a long list of sponsorship deals.

More recently, she has been taking steps to broaden her brand beyond the tennis court.

Asked about EVOLVE at Roland Garros, Osaka said: "I think role models are really important, just to see somebody do something – and it makes you feel like you can do the same thing, too. I found it really interesting that there wasn't a female athlete that's done this before, but there has been so many men. So I think it's a journey, and I feel like I'm going to learn a lot on the journey."

Salman Rushdie, the author whose writing led to death threats from Iran in the 1980s, was attacked and apparently stabbed in the neck Friday by a man who rushed the stage as he was about to give a lecture in western New York.

300,000 Canadians at 'severe' or 'moderate' risk of gambling problems

While problem gambling affects a minority of the Canadian population, more than 300,000 are at “severe” or “moderate risk” for gambling-related problems, according to a Statistics Canada study of gambling behaviour.

Anne Heche on life support, survival of crash 'not expected'

Anne Heche is on life support after suffering a brain injury in a fiery crash a week ago and her survival isn't expected, according to a statement from a representative.

The night before the federal government invoked the Emergencies Act in response to the 'Freedom Convoy' protests, the prime minister’s national security adviser told him there was 'a potential for a breakthrough' in Ottawa, court documents show.

The August 'sturgeon moon' has passed over Earth: Here is what it looked like

Rising over beaches, buildings and statues, the last supermoon of the year created ample viewing and photo opportunities around the world Thursday night.

The City of Toronto is investigating a power outage that left a large swath of the downtown core including office buildings, a major mall and a university campus without electricity yesterday.

A federal judge was to decide as soon as Friday whether to grant the Department of Justice's request to unseal the warrant that authorized the FBI to search former U.S. President Donald Trump's Florida estate. Attorney General Merrick Garland declared there was 'substantial public interest in this matter,' and Trump backed the warrant's 'immediate' release.

A new virus was found in China, here's what we know

Scientists are keeping an eye on the Langya virus, a new pathogen that appears to have been transmitted from animals to humans in China and causes symptoms similar to COVID-19 or the flu.