Nancy Drew is dead, but some fans aren't buying it 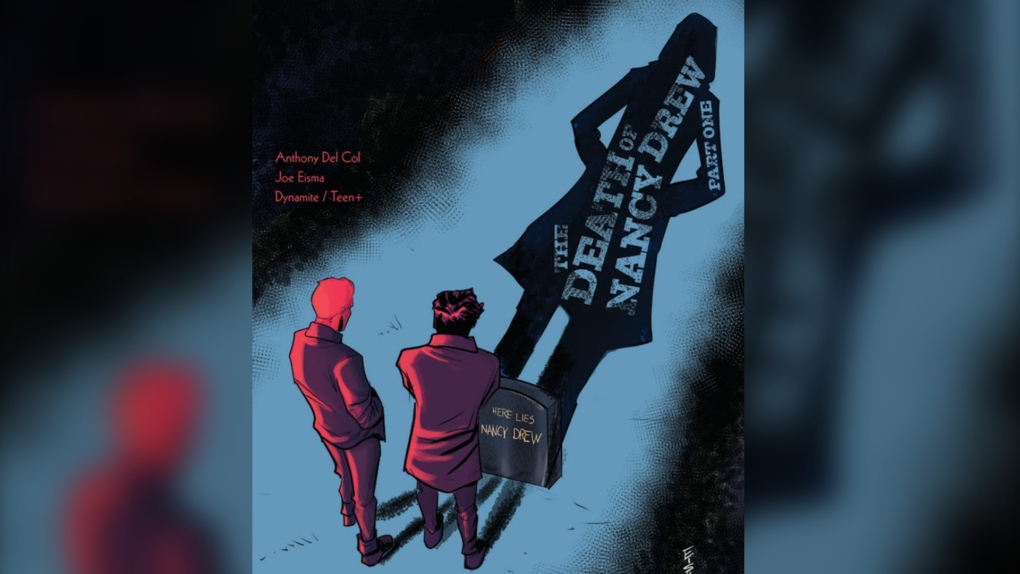 The cover of 'Nancy Drew & the Hardy Boys: The Death of Nancy Drew' part one is seen here. (Source: Dynamite Entertainment)

TORONTO -- If you whiled away hours of your childhood with your nose in a Nancy Drew book, we have some bad news for you: Nancy is dead. Maybe.

That’s the plot of “Nancy Drew & The Hardy Boys: The Death of Nancy Drew,” a new series set to publish its first installment in April.

“Nancy Drew is dead! Or so it seems,” teases publisher Dynamite in a press release. “Through twists and turns, this dark noir-infused story unfurls as the biggest Nancy Drew mystery of all time.”

First published in 1930 and written by various writers under the pen name Carolyn Keene, Nancy Drew was considered a trailblazing female counterpoint to The Hardy Boys, a mystery series that follows Frank and Joe Hardy as they try to solve their own cases. Crossovers between the two series are common, including a television show from the 1970s and several graphic novels.

In “The Death of Nancy Drew,” readers learn on page three that Nancy died after her car flipped over a bridge. A body is found in the water below. But Joe Hardy, one half of the mystery-solving Hardy Boys duo, suspects that something suspicious may be at play.

“He’s the one who gets the ball rolling,” explained Anthony Del Col, the Canadian author behind the story, in an interview with CTVNews.ca.

The publisher, Dynamite, bills the new series as a way to “celebrate” Nancy Drew’s 90th anniversary, but some fans say killing off Nancy -- long considered a pioneer for girls in fiction – so that two boys can investigate is a cheap plot device that does little to celebrate her.

Others speculated that she isn’t really dead, and that the story is a way to stir up both outrage and attention.

“Do any of us really think this beloved character is really dead? No. Does that make this concept for a Nancy Drew centered book any better? Also no,” one user wrote.

Another Twitter user said that, even if she isn’t dead, “centering her anniversary story around her death and having men take over is still messed up! There are SO MANY other stories they could tell and yet they chose this one.”

Del Col said he was initially surprised by the negative feedback, but then he read the press release and understood why some people might be upset.

“I completely understand where they’re coming from. But the biggest counterpoint I have to that is if you read the first issues, the first part of the series, you’ll realize that Nancy is front and centre and she plays a huge role in the story,” he said.

“Whether it’s through flashback or not, I cannot reveal.”

Originally from Timmins, Ont., Del Col is a long-time fan of both Nancy Drew and the Hardy Boys. He keeps a copy of one of his mother’s Nancy Drew books in his apartment in Brooklyn, N.Y., and says the series was one of the first times he realized he wanted to be a writer one day.

“It really inspired me,” he said.

The author refused to divulge Nancy’s true fate. And while the headlines and hot takes have thrust his upcoming book into the spotlight, it’s also given him pause.

“There is part of me that understands the business and appreciates that all publicity is good publicity. But there is also part of me -- the Canadian part -- that thinks I want people to like me.”