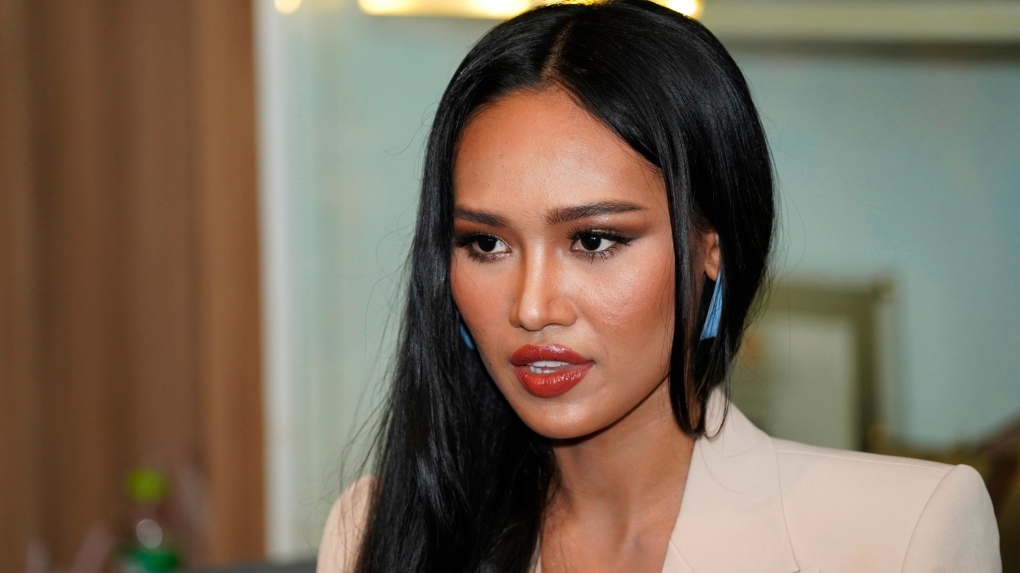 A beauty queen from Myanmar who took refuge in Thailand after criticizing her home country's ruling military junta has left Bangkok for Canada where she is expected to seek asylum.

Han Lay, 23, captured international attention with an emotional pageant speech during the finals of the Miss Grand International Myanmar competition in 2021 when she held up a banner with the words "Pray for Myanmar" to raise awareness of human rights atrocities committed by junta officials.

She received death threats after the speech and decided not to return home after the competition -- which was held in Thailand.

However, she had appeared to face the threat of deportation after returning to Thailand last Wednesday following a trip to Vietnam. She was stopped by officials at Bangkok's Suvarnabhumi International Airport who said they had discovered a problem with her passport and since then she had been in limbo.

Posting on her official Facebook account on Thursday, Han Lay said she had arrived in Canada and thanked her fans and members of the public for their support. "I have arrived safely in Canada today," she wrote. "A new chapter and new life -- I will do my best to help my beloved country Myanmar and its people as much as I can."

She had previously told CNN she wanted to seek political asylum in Canada despite wanting to remain in Thailand.

"Han Lay was the victim of a deliberate political act by the junta to make her stateless when she flew back to Thailand from Vietnam last week," said Phil Robertson, Asia deputy director of Human Rights Watch, adding that it was "not the first time" junta officials had "weaponized" Burmese passports.

"There is no doubt that what transpired was a trap to try to force Han Lay to return to Myanmar, where she would have faced immediate arrest, likely abuse in detention, and imprisonment," Robertson added.

The situation in Myanmar continues to deteriorate following the 2021 military coup. Human rights violations remain rife, rights groups say and state executions have returned as conflict across the country rages.

The RCMP has confirmed it is investigating 'broader foreign actor interference activities' in Canada, but Commissioner Brenda Lucki is declining to provide more details given the investigations are 'ongoing.'

The Senate passed bipartisan legislation Tuesday to protect same-sex marriages, an extraordinary sign of shifting national politics on the issue and a measure of relief for the hundreds of thousands of same-sex couples who have married since the Supreme Court's 2015 decision that legalized gay marriage countrywide.