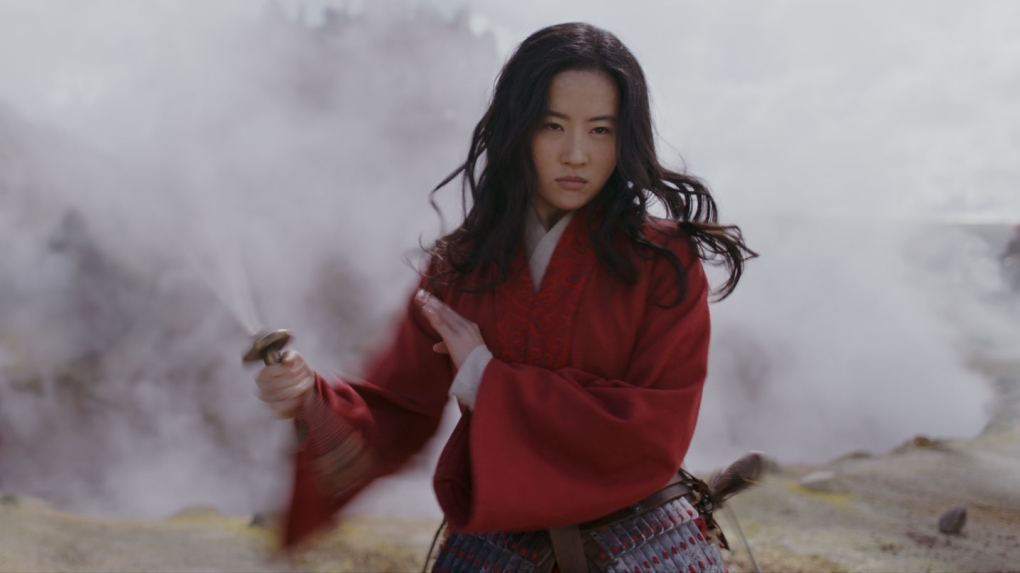 Disney's first trailer for the live-action ‘Mulan’ remake showed the character wielding a sword as swiftly as a coursing river. (Walt Disney Studios)

Disney's "Mulan" has been delayed multiple times this year because of the coronavirus outbreak, but audiences will finally be able to see the blockbuster soon.

It just may not be in the theatres.

Disney announced on Tuesday that the remake of the 1998 animated classic will be heading to Disney+, the company's new streaming service, for an additional fee of US$29.99. The film will be available on September 4.

Bob Chapek, Disney's CEO, said the pandemic has forced the company to think of "different approaches" to better serve consumers.

"We thought it was important to find alternative ways to bring this exceptional family friendly film to them in a timely manner," he said on the company's third quarter earnings call.

Chapek added that "Mulan" will be released simultaneously in theatres in markets where Disney+ is not available and, of course, where theaters are open.

The news of the release came as Disney released brutal quarterly results that showed the extent to which the company's media empire was ravaged by the pandemic. The company reported that it had a net loss of nearly $5 billion in the third quarter this year.

In addition to its whopping quarterly loss, Disney's parks business was hit especially hard by COVID-19. Its parks and resort unit lost $3.5 billion in the quarter and the unit's revenue was down a whopping 85% from the quarter a year prior.

Disney's stock was mostly flat in after hours trading.

While "Mulan" going to Disney+ is big news for Hollywood, it's yet to be seen if the announcement will have huge ramifications for theatres since Chapek called the film's release "a one off."

However, Chapek also said it would interesting to see how sales of the film on Disney's platform turn out. So consider "Mulan" an experiment for now.

The film, which was set to be released in March, was pushed back several times over the last few months. It was recently set to premiere on August 21, but was taken off the calendar at the end of July.

Disney's release of "Mulan" on its streaming service for an additional cost is yet another disruption to the movie theater industry.

Universal and AMC, the world's largest theater chain, made a deal last week that allows new films from the studio to play in homes sooner. Universal's new films will now have just three weekends — or 17 days — of exclusivity in theatres, rather than the customary 70. After that, Universal and its sister studio, Focus Features, has the option of releasing films to video on demand platforms.