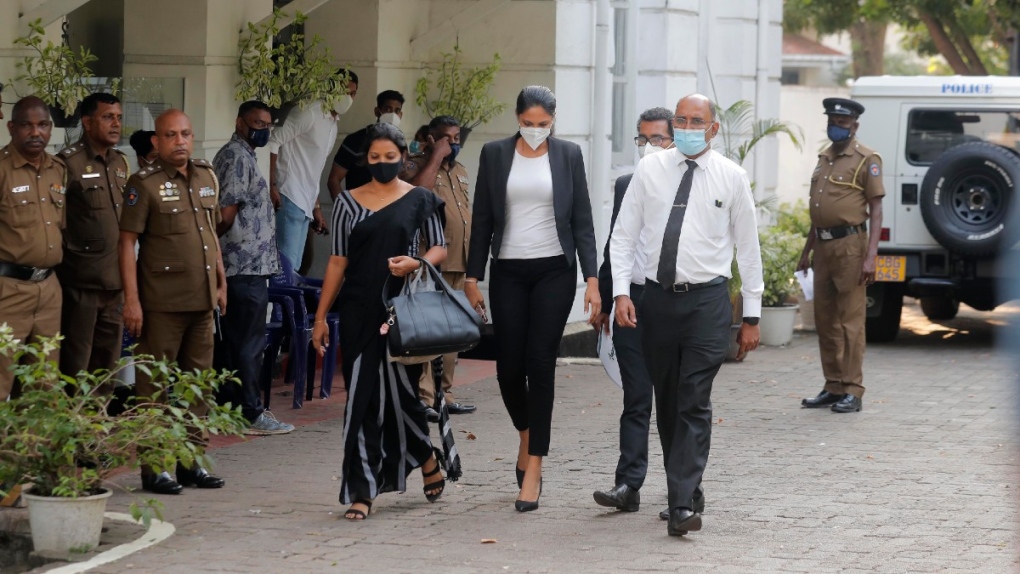 COLOMBO, SRI LANKA -- The reigning Mrs. World on Friday relinquished her title while defending her decision to pull the crown off the head of this year's Mrs. Sri Lanka title holder, whom she claimed was unqualified to take part in the contest because she is divorced.

Caroline Jurie, the winner of Mrs. World 2020, has been accused of injuring Pushpika De Silva, who was crowned Mrs. Sri Lanka on Sunday at a televised pageant in Colombo. Jurie was arrested on Thursday and later released on bail.

In a statement Friday, Jurie said she stood against "injustice" and said the pageant was "tainted." "My only intention was to stand up for the injustice caused to the competitors throughout this competition which was tainted with heavy politicization," she said.

Jurie added she wanted to ensure that every contestant had an equal opportunity, because she had seen "from the beginning" that the contest was corrupted. She stressed she did not favour anyone.

"I am now ready to hand over the crown," she said at at the end of the video, before removing the crown from her head.

Following Sunday's bust-up, De Silva clarified that she is separated, but not divorced, from her husband. Mrs. Sri Lanka belongs to the Mrs. World beauty contest for married women.

In a statement on Facebook, De Silva said: "Being apart is one. Divorce is something else. I'm still an un divorced woman."

But on Friday, Jurie said: "How I is see it, the purpose of Mrs. World is to celebrate all women who are married and still strive to conquer their dreams, despite the commitment and responsibilities a married woman strives to fulfil."

She said the pageant was not meant to discriminate against divorced women, "but to celebrate the dreams of the married woman."

Moments after De Silva won the title, Jurie came on stage and snatched the crown from her. Jurie then handed the crown to the first-runner up, declaring that woman the winner.

Sri Lankan police said they received a complaint from De Silva that she suffered injuries when her crown was removed. On Thursday, police arrested Jurie and a model, Chula Padmendram, on charges of "simple hurt and criminal force." The two women were later released on bail and have been ordered to appear in court on April 19.

The incident at Sunday's pageant, which was attended by the prime minister's wife, created an uproar in the Indian Ocean island nation. Organizers of the pageant on Monday said they would return the crown to De Silva.

Meanwhile, Jurie said she will stand for what she believes is right. "I stand for values, even if it means I have to stand alone," she said.