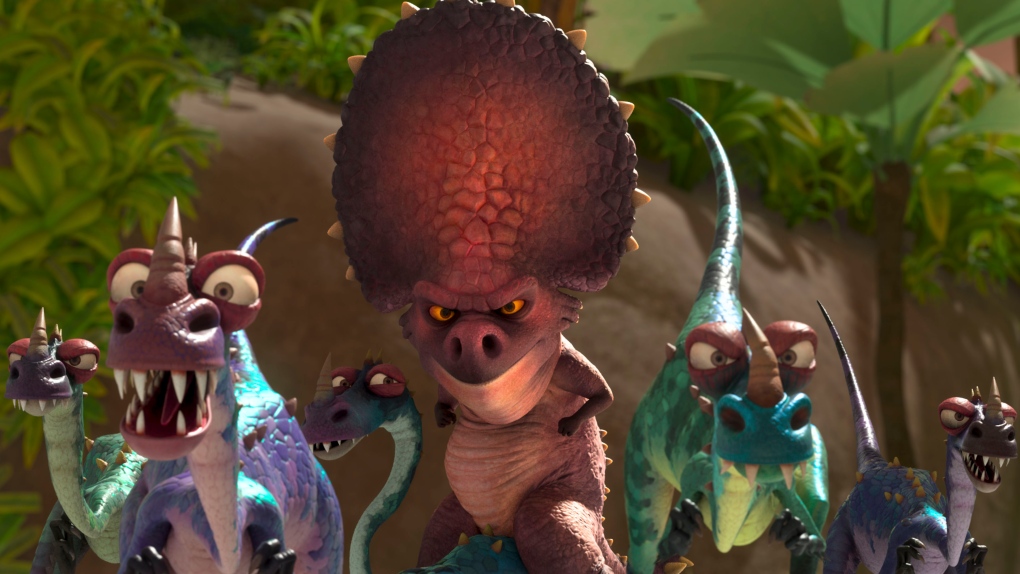 For better and for worse, the “Ice Age” franchise seems to have been around longer than the actual Ice Age. With the latest entry, “The Ice Age Adventures of Buck Wild,” which is number six in the series and stars the voice of Simon Pegg on Disney+, the movies are starting to show their age. The characters and the voice work are still fun, but the animation doesn’t have the same pop as the earlier movies.

The action begins in Snow Valley, home of unruly possum brothers Crash (Vincent Tong) and Eddie (Aaron Harris). The possums are restless, bored with life in the sleepy, icy dale. They want to experience the world, away from the over-protective eyes of their make-shift family, woolly mammoths Ellie and Manny. “It’s time for us to move out and make our mark on the world.” By fluke, they wind up in the Lost World—“We came here to live a life of adventure”—a massive underground cave and land of danger that might be too extreme, even for them.

As Ellie and Manny fret—“If we don’t find them, I’m going to kill them,” says Manny—an unlikely “superhero” comes to Crash and Eddie’s rescue, a one-eyed weasel named Buck Wild (Pegg). Together they form a team to defeat the dinosaurs who live in the Lost World. “It’s time to get buck wild.”

“The Ice Age Adventures of Buck Wild” has a distinctly direct-to-streaming feel about it. The above the title voice cast from the other films—Ray Romano, John Leguizamo, Denis Leary and Queen Latifah—are gone, replaced with sound-alikes. Not that young kids will mind, or even notice. But older kids who grew up watching these movies—they’ve been around for 20 years—may feel this one isn’t a movie as much as it is an inexpensive, extended version of the TV series that was spun off the films.

Like all the “Ice Age” movies, this one has good messages for kids about the importance of family—"The only thing that stays the same is the love we have for one another. That’s the thing about a herd, you’re a part of it, even when you are apart.”—and embracing change—“Change is scary but it is the way of the world. It can help us grow into the people we’re meant to be even if that takes us to new places.”

Nothing ground breaking, just solid morals from a story that should appeal to kids who haven’t already heard those platitudes a hundred times over. 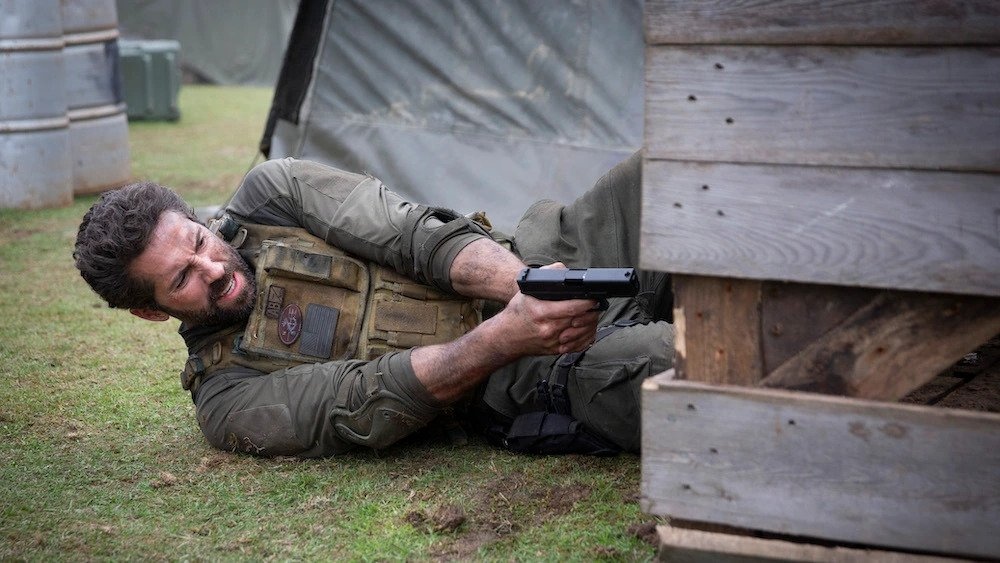 The title of “One Shot,” a new action movie starring Scott Adkins, Ryan Phillippe and Ashley Greene Khoury, and now available on VOD, is a double entendre of a sort. The adrenalized action heroes at the heart of the film have one shot to quell an attack, and director James Nunn has cleverly filmed all the action in “real time,” using camera tricks to make it look like this was shot in one, long continuous take.

The story begins with a squad of Navy SEALs led by Lt. Blake Harris (Adkins) airlifting junior CIA analyst Zoe Anderson (Khoury) to a remote Guantanamo Bay-esque prison that houses “United Nations of terror” suspects. Anderson’s job is to extract Amin Mansur (Waleed Elgadi), a British national who pleads his innocence, but is suspected to be a mastermind of a 9/11 style dirty-bomb attack on all three branches of the American government.

Deputy Site Manager Tom Shields (Phillippe) stalls the prisoner’s release, inadvertently allowing time for the ruthless terrorist Charef (Jess Liaudin) and his insurgents to overrun the place, freeing captives and trying to kill Mansur before he can spill the beans on the plot to bring down the government.

“One Shot” isn’t about the characters, political subtext or even the siege story. It’s all about the “one shot” gimmick, wall-to-wall video-game style gunplay, and a sense of urgency.

For the most part the gimmick works, although, if you’re like me, you’ll be taken out of the story as you try and see where the subliminal edits are. It’s a distraction that fades as the running times passes because director Nunn choreographs the action expertly, creating a sense of unpredictable immediacy. You never really know who is around the next corner or hiding behind a pile of sandbags. It’s the edgy, you-are-there filmmaking, aided by cinematographer Jonathan Iles, that makes the generic story and stereotyped characters somewhat interesting.

The relentless violence, however, becomes tiring after a while. The first gunshot happens around the 19-minute mark and the bullet ballet continues pretty much non-stop for the rest of the running time. There are breaks in the action, usually as someone tends to a wounded person, but they are few and far between.

“One Shot” is a B movie with efficient brutality and some edge-of-your-seat scenes, but the script is as riddled with clichés—"Sometimes it is harder to save a life than it is to save one,” intones Anderson when the going gets tough—as the characters are with bullet holes. 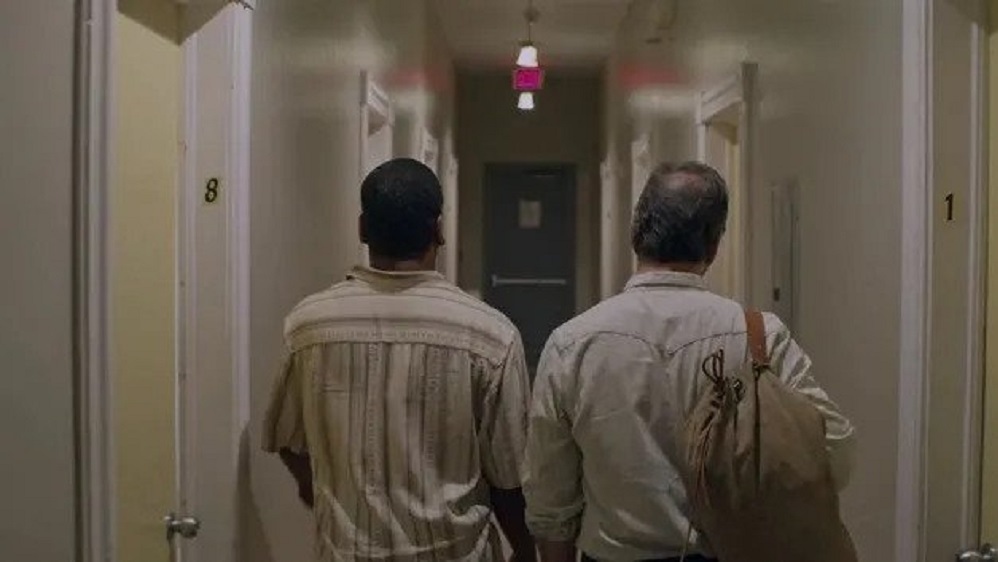 A study in toxic masculinity, greed and the sins of the father, “Two Deaths of Henry Baker,” a new thriller starring Gil Bellows now on VOD, is a pale imitation of neo-noir Westerns like “Hell or High Water.”

The action begins in a flashback to 1958 as young Henry Baker and his father hide a fortune in stolen gold coins. Cut to 30 years later, Henry, now played by Gil Bellows, is all grown up and ready to retrieve the cash. With young son Hank (Gunnar Burke) in tow, things go sideways. Henry kills his own brother (also Bellows) and gets arrested.

Decades pass. As Henry is about to be sprung from prison both his son Hank, now played by Sebastian Pigott and his nephew Sam (Joe Dinicol), the son of Henry’s murdered brother, anxiously await. Everybody wants a taste of the gold, but Sam wants revenge while corrupt Sheriff Ron Capman (Tony Curran) wants it all.

“Two Deaths of Henry Baker” is an ambitious movie that falls slightly short of its goal.

There are some nicely realized action set pieces and moments of tension, but those plusses are done in by slack pacing from director Felipe Mucci. The movie’s machinations crawl along, which make some of the story’s leaps of logic even more noticeable than they might have been in a film with a quicker pace.

Having said that, the story of cross-generational toxicity resonates. Violence begets violence is not a new idea, but the handing of the baton from fathers to sons is nicely illuminated here and aided by the performances from Bellows and Dinicol.

“Two Deaths of Henry Baker” may be the feel-bad movie of the year so far. Heavy on the nihilism, it’s a gritty portrait of intergenerational violence, but doesn’t dig deep enough into the psychologically of the story for the characters to resonate.