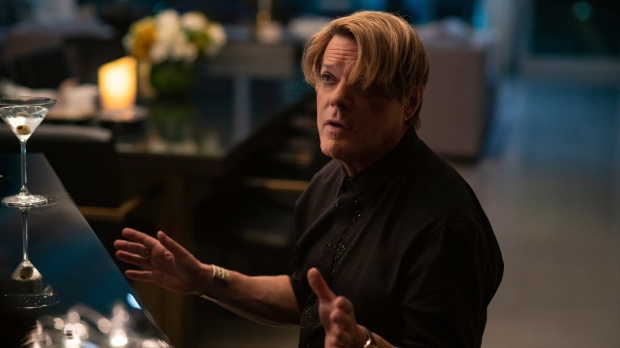 "The High Note,” coming out this week digitally via video on demand, mixes ambition, romance and music in a movie that tries to hit a high C but actually works better when it plays the minor chords.

Between running errands and running Grace’s life, Maggie finds time to oversee production on a live album of her boss singing the old hits and discover a new talent, singer-songwriter David Cliff (Kelvin Harrison Jr.). Passing herself off as an experienced producer with loads of industry hook-ups, she inspires him to write great new songs that could launch him into the big leagues.

When a plan to position David as the opening act for Grace’s upcoming tour backfires, it threatens to torpedo all of Maggie’s hopes and dreams.

Following up on Ganatra’s last film “Late Night,” which starred Emma Thompson a late-night talk show host whose career is revamped by the influence of a younger, ambitious woman (Mindy Kaling), comes a story that sounds like an echo of the first. There’s more flash here and fewer laughs, but the essential story of a showbiz icon given a new lease on popularity by a newcomer with fresh ideas has a sense of déjà vu to it.

Originally scheduled for a big screen release “The High Note” moved to a digital release in the wake of the pandemic, which may have been a good thing. Its movie-of-the-week plotting and familiar premise feels suited, in a good way, to the smaller screen.

It’s a story about ambition, empowerment and music geekery given charm by Johnson and Ross. Johnson brings her trademarked steely-yet-vulnerable charm to the role of Maggie, while Ross—the daughter of iconic superstar Diana Ross—is a diva with flamboyant clothes and a temperament to match.

Despite the charismatic performers, both characters feel like caricatures, Maggie is a “High Fidelity” reject, a music junkie who speaks as though she’s reciting the liner notes of her favorite album. Ross does some powerful singing but plays Grace in broad diva-esque notes.

“The High Note” is a pleasant enough diversion as a story of empowerment, but doesn’t have enough range to make it memorable.

“Dreamland,” Bruce McDonald’s eleventh film now on VOD, is a chaotic vision that mixes and matches contract killers, doppelgängers, human trafficking and a vampire wedding in a surreal stew of midnight madness ingredients.

The film’s strange tone is established early, with Stephen McHattie cast in two roles, Johnny Deadeyes, a hitman with a heart of gold and The Maestro, an amoral, junkie jazz trumpet player. The action begins when Johnny’s boss, gangster Hercules (Henry Rollins), upset by a personal slight, orders him to cut one of Maestro’s fingers off before a gig at a wedding thrown by crime doyenne The Countess (Juliette Lewis) and her vampire sibling The Count (Tómas Lemarquis).

It seems The Count is to wed the daughter of one of Johnny’s neighbors, a young girl supplied courtesy of Hercules’ human trafficking business. The situation gives Johnny pause, and one attempted double-cross later, (MILD SPOILER AHEAD) the wedding erupts into the kind of violence that would give “Games of Thrones’” Red Wedding a run for its bloody money.

As the title would suggest “Dreamland” operates on its own indefinable wavelength. It is wonderfully weird, a movie that exists in some sort of twilight zone where logic doesn’t matter. McDonald, no stranger to genre flicks, embraces the weirdness, creating a world where the mundane and the absurd go hand in hand. Keeping it from spinning out of control is McHattie who grounds his two world-weary characters with primal thoughts regarding their mortality.

They fall on either side of the will-to-survive divide, but that little bit of humanity plays nicely against the loud-n-proud performances from Lewis and Rollins. Both are fun and energetic and both feel like they stepped out of a comic book compared to McHattie’s work, which, while still outrageous, feels more anchored to reality.

It makes sense that one of “Dreamland’s” lead characters is a jazz trumpet player because McDonald has made a Bebop movie, a deconstructed genre flick with a fast tempo and unexpected story angles with only occasional references to the expected genre tropes. This quote from cornetist, pianist, and composer Bix Beiderbecke about the music he loved could also apply to “Dreamland.”

"One thing I like about jazz, kid,” he said, “is that I don't know what's going to happen next. Do you?" One thing is for sure about “Dreamland.” You won’t know what comes next. 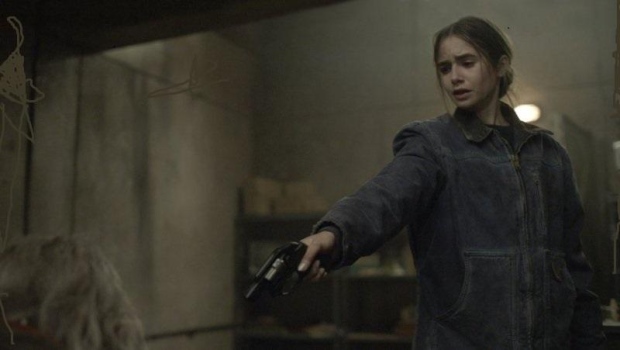 “Inheritance,” a new movie starring Lily Collins and Simon Pegg and now on VOD, is a thriller that treats logic like a Whac-A-Mole game. Every time things almost make sense logic is bashed on the head and quickly disappears back into its hole.

At the reading of the last will and testament Lauren is dealt a bad hand after papa’s money is doled out to her mother, brother and various charities. Lauren is left a small stipend of $1 million and a for-her-eyes-only video directing her to an underground bunker. There she finds, and becomes responsible for, daddy’s dirty little secret.

In the fortified cavern she finds Morgan Warner (Simon Pegg wearing what looks like a “Fraggle Rock” wig), restrained by shackles in a windowless pit where he has rotted away for thirty years after witnessing Monroe commit a serious crime. He tells her he’s been here “longer than you’ve been alive.”

Question is, what does an idealistic prosecutor do when confronted with a terrible situation that could affect everything she and her family have worked for?

The silly plot twists and turns aren’t the only things hard to understand in “Inheritance.” It boggles the mind that this could be billed as a thriller.

According to Wikipedia, by definition a thriller can be “characterized and defined by the moods they elicit, giving viewers heightened feelings of suspense, excitement, surprise, anticipation and anxiety.” The only mood this leaden story elicited in me was boredom. Early on I was hopeful for a so-bad-it’s-good experience from “Inheritance.” Then the thudding realization hit that I was simply in store for an implausible, missed opportunity of a movie that instead of moving me to the edge of my seat made me want to lean back and take a nap. 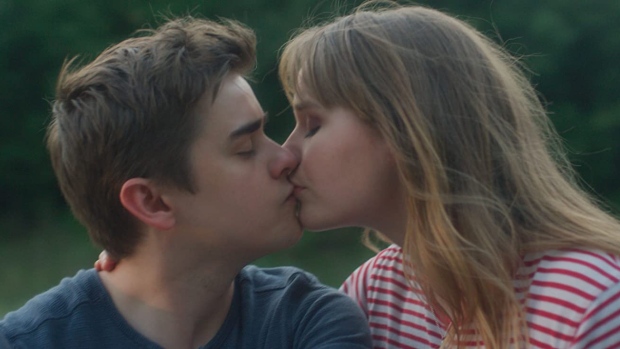 “All About Who You Know” takes a rom com premise and uses it to tell a story of ambition, cynicism and romance. But it’s not a rom com. It’s too meta for that. It’s a movie that follows the rom com rules but twists them to become a tribute to the kind of movies that inspired it.

Cole (Dylan Everett) is a film grad who sees life through a lens of movie references. His life is a series of imagined scenarios, ripped from the movies he is obsessed with. His dreams are that of many a film student. He wants to live and work in Los Angeles, writing screenplays that don’t follow the “same six storylines,” but he needs an in.

When he meets Haley (Niamh Wilson), daughter of an Oscar winning screenwriter (David Hewlett) he contrives a rom com style hook up to get to her and her father. “It was all planned like some horses**t heist movie,” he says later. His scheme works but he soon realizes that real life and the movies are two very different things.

“All About Who You Know” takes a genre we’ve all seen and recontextualizes it with clever dialogue and characters who don’t behave as though they have just swigged from a bottle of love potion. They bare themselves in ways that no real rom com would allow. When he questions why she didn’t give him her phone number when they first met she says, “Because I wanted you to find me. I wanted you to prove that you wanted me. I am sick and tired of being obsessed with people who aren’t obsessed with me back.”

It is, as the tagline on the poster reads, “romantic-ish,” a movie that finds satisfaction in allowing the characters to behave true to form and not by allowing the form to dictate how the characters will behave. It’s a nervy take on the rom com genre and it works.

“All About Who You Know” is a clever movie that sometimes feels a little too self-aware and occasionally allows the pacing to go slack but a trio of lead performances from Everett, Wilson and Stephen Joffe as Cole’s BFF bring the film’s premise to shimmering life.

Add to that a sparkling indie soundtrack and you have something that isn’t a rom com—maybe we should call it a rom can’t—but a reinvention from Canadian writer-director Jake Horowitz.

“All About Who You Know,” which lost its festival run to the pandemic, can be now be found on Crave.