There’s a key line near the beginning of “12 Years a Slave, “ the new drama from “Shame” director Steve McQueen. Shortly after being shanghaied from his comfortable life as a freeman into a life of slavery Solomon Northup (Chiwetel Ejiofor) declares, “I don’t want to survive. I want to live.” Based on Northup’s 1853 memoir the movie is an uncompromising story about will, suffering and injustice. This is a harrowing, stark movie that is equal parts educational and devastating.

“Before Midnight” is beautifully real stuff that fully explores the doubts and regrets that characterize Jesse and Celine’s love affair. Done with humor, heart and pathos, often in the same scene, it is a poignant farewell to two characters who grew up in front of us. 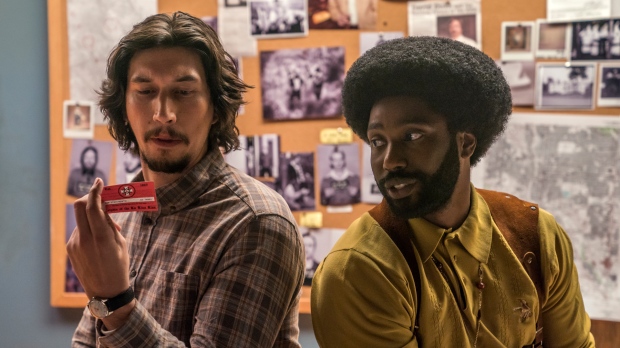 “BlacKkKlansman” is based on the strange but true story of Ron Stallworth. The true part sees the Colorado Springs, Colorado police officer join the KKK and even act as a bodyguard for Grand Wizard David Duke. The strange part is that Ron Stallworth is African American. Maybe that’s why director Spike Jones chose to open the film with the title credit, “DIS JOINT IS BASED UPON SOME FO’ REAL, FO’ REAL S***.” It’s a barbed satire with its feet firmly rooted in the realities of American life.

As a chronicle of our existence it’s an ambitious undertaking, a moving experience about the individual moments that make a life.

“Drive” is an art house thriller. It’s stylized, with lighting effects, lots of slow motion and interesting camera angles that create a sense of unease that permeates every scene. For every instance of brutal violence director Nicolas Winding Refn (“Valhalla Rising,” “Bronson”) also escalates the movie’s sense of heightened reality. Very long pauses punctuate most every exchange of dialogue and how is it that no one seems to notice that the Driver is drenched in blood as he walks through a tony Chinese restaurant? “Drive” exists in its own world, and it is a fascinating place. 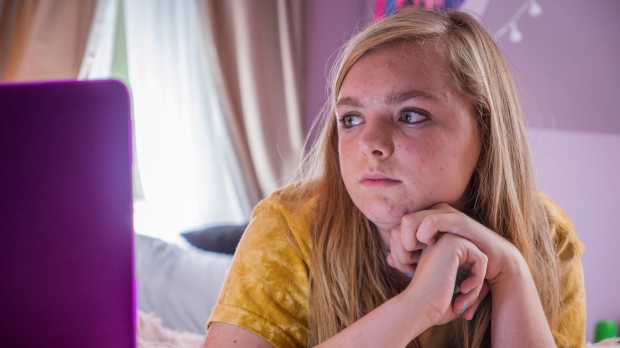 Ever wonder what it must be like to come-of-age in an era of information overload, motivational YouTube videos and school-shooter drills? With “Eighth Grade,” a funny, blistering look at life in junior high, director Bo Burnham gives you a peak, morphing from creator/star of MTV’s “Zach Stone Is Gonna Be Famous” into the modern day John Hughes. “Eighth Grade” is an unvarnished, pimples and all, look at adolescence and the anxiety that comes with it. Kayla may not always be able to exactly articulate the way she’s feeling but the movie has no such problem. It’s a study in her innocence and awkwardness that uses carefully selected moments to highlight Kayla’s mindset.

“The Farewell” is a slow burn, a movie that builds to a poignant climax that not only feels earned but deserved. 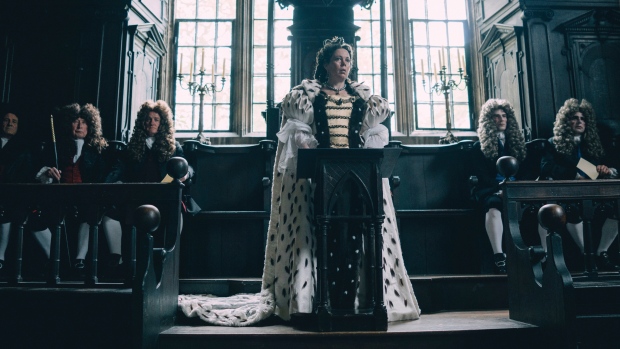 To paraphrase Abraham Lincoln, if you want to test a person’s character, give them power. That maxim is fully on display in “The Favourite,” starring Olivia Colman, Rachel Weisz and Emma Stone, as two women vie for the attention of Anne, Queen of Great Britain. Director Yorgos Lanthimos has made a strange and beautiful movie, one that has the twilight zone feel of his other films “The Lobster” and “The Killing of a Sacred Deer.” They all feel like real life, but tilted by 180 degrees. With “The Favourite” he has made a revisionist history that comments not only on personal politics but also how political power is open to the whims of who holds it.

This is Paul Schrader’s ode to Andrei Tarkovsky and Ingmar Bergman, contemplative filmmakers of the past who essayed questions of theology and spiritual growth without judging their characters. Uncluttered and edited with laser like attention to detail, “First Reformed” is a thought-provoking movie that bears repeated viewing. 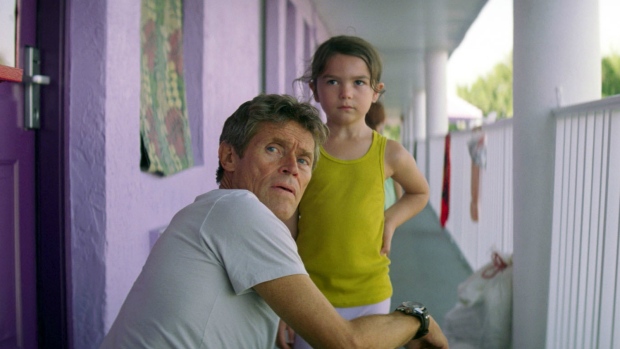 “The Florida Project” has heartbreaking moments but celebrates the power of friendship and the bond between mother and daughter. Six-year-old Moonee (Brooklynn Prince) may be having a rough go of it now, but she’s not prepared to give up. Check out the unwitting metaphor for her own life she uses to describe her favourite landmark, a gnarled tree. “It’s fallen over,” she says, “but it’s still growing.”

“Force Majeure” mixes the banal with the spectacular to create a provocative psychological thriller about the male ego and the power of putting the toilet seat down… or leaving it up.

“Frances Ha” never stoops to shock value to make its point. Instead it relies on warmth and charm to capture the vagaries of a mostly rudderless life.

“Get Out” is a horror film—there are all manner of shocks and jumps—but like all great genre films it isn’t just that. It could more rightly be called a social thriller, a film that looks at everyday ills—in this case racial tension—through the lens of a genre movie. 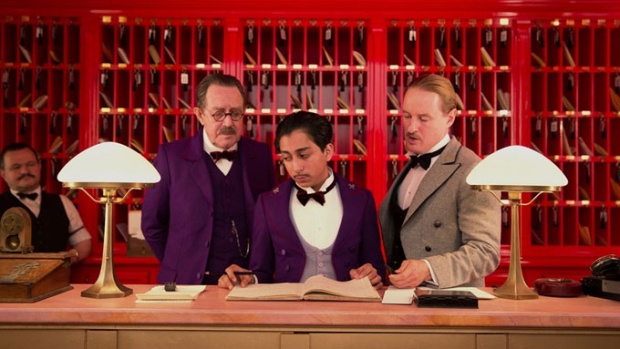 It’s a wittily whimsical story that feels transported in from a bygone era. It’s funny and elegant, feeling like a throwback to the Ealing Comedies complete with social commentary, farce and laugh-out-loud situational comedy.

What begins as a con game ends as a (SPOILER ALERT) a triumph of undervalued women who use the manipulation of the men in their lives as a weapon. It’s a complicated revenge story, ripe with detail and secrets. As vaguely trashy art house cinema goes, however, it doesn’t get much more enjoyably escapist than “The Handmaiden.”

It’s a movie that takes ideas very seriously—ideas drive the plot—and, as a result, takes its audience seriously. It never talks down to the crowd and in return demands viewers pay attention. For those who do there are many rewards, and for those who aren’t willing to get drawn into the surreal story there are still many pleasures. That’s how finely crafted this movie is.

From dazzling animation, to a script that toggles between childlike wonder and ingenious introspection “Inside Out” is glued together with a degree of emotional acumen not often found in mainstream film. In other words, it will make you laugh, cry and think. 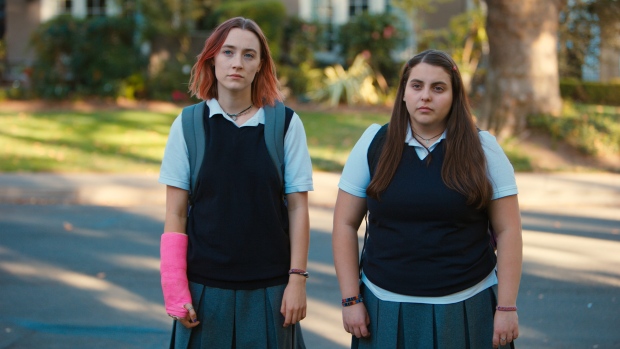 "Lady Bird” bangs familiar gongs but director Greta Gerwig and Saoirse Ronan, with ample help from the supporting cast, help those notes resonate loudly and clearly. The material is tenderly observed on both sides of the camera, imbued with a refreshingly genuine point of view.

“The Lighthouse,” an expressionist nightmare captured in shadows and light by director Robert Eggers, is a period piece that pits Willem Dafoe and Robert Pattinson against the primal forces of paranoia and pathological behavior. Despite the presence of two very popular actors “The Lighthouse” is not exactly a mainstream movie. Instead it is more of an expertly rendered gothic slow burn that brings with it an atmosphere of dread shrouds the film like fog rolling into shore. 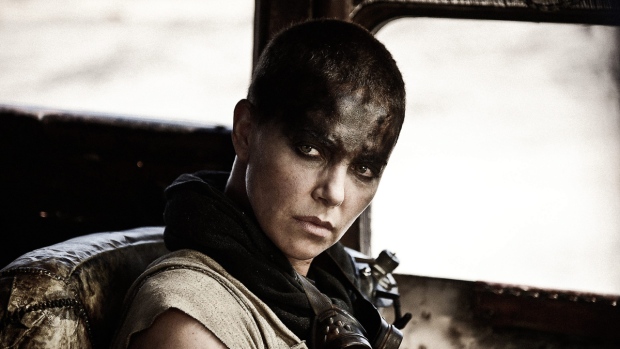 An out-of-control reboot that recreates Max Rockatansky’s dystopian world and then races like hell through it, laying rubber all the way.

It’s a feel bad movie, heavy with symbolism and in no hurry to explain itself, but in its own claustrophobic, closed-down way is a naturalistic and compelling look at people in distress.

“Moonlight” is a movie that beats with a very human heart while subverting expectations with almost every scene. Jenkins has placed obstacles in the way of the story telling—multiple actors playing the same characters, and a lead who is succinct almost to the point of being mute—but overcomes those hurdles with a combination of social conscience, fine acting and interesting characters who constantly defy pigeonholing.

Once Upon a Time… in Hollywood (Quentin Tarantino, 2019) 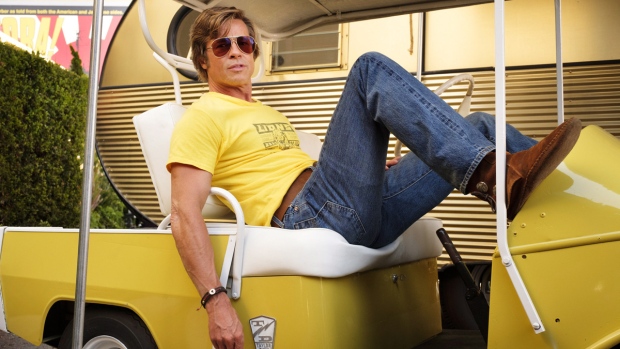 Quentin Tarantino has always been singular in his filmmaking but this one feels different. It’s clearly rooted in the b-movies that inspire his vision but here he is contemplative, allowing his leads—Leonardo DiCaprio and Brad Pitt in full-on charismatic mode—to channel and portray the insecurities that accompany uncertainty. The film is specific in its setting but universal in portrayal of how people react to the shifting sands of time. Funny, sad and occasionally outrageous, it’s just like real life as filtered through a camera lens.

Without an ounce of cynicism “Paddington 2” transmits messages of tolerance, friendship and loyalty but never at the expense of the story.

Described as a “pitch black fairy tale,” Bong Joon Ho’s “Parasite” is the story of two families on either side of the economic divide. The wealthy Park family and the street-smart Kim clam. Fate (and some very ingenious scams) brings them together but when the fragile upstairs-downstairs relationship between the two is threatened class warfare erupts. A study in hubris and greed, this satire is ripe with dark humor, suspense and social commentary.

“Personal Shopper” doesn’t feel like a horror film. Olivier Assayas has made a moody psychological thriller that is about the absence of a loved one as much as it is about thrills and chills. 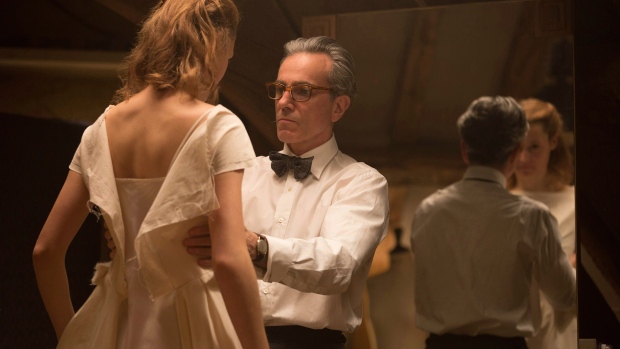 The opening scene of the movie sets the tone for the rest of the film. Zuckerberg and his soon-to-be-ex girlfriend Erica (Rooney Mara) engage in a long, awkward conversation that reveals his disconnect from regular society. He’s the smartest guy in the room, but has a chip on his shoulder and an attitude. Their exchange, beautifully written by former “West Wing” screenwriter Aaron Sorkin, displays the kind of verbal fireworks that propels the movie.

“Spider-Man: Into The Spider-Verse” is a cortex-boiling hit of boffo superhero theatrics. Visually it’s a pop art explosion, paying tribute, in its more restrained moments, to the work of original Spider-Man artist Steve Ditko. In the climatic multiverse showdown, however, it’s as if M.C. Escher and Roy Lichtenstein did acid and conceived a psychedelic freak-out that mixes and matches op art, anime and everything in between. It doesn’t look like any other superhero film you’ve ever seen. It’s wild and woolly, a pastiche of styles formed into one seamless whole. 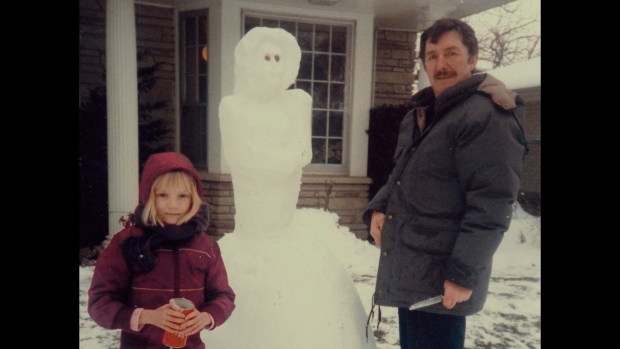 What could have been a self-indulgent home movie is, instead, a riveting look into the dynamics of a group of individuals bound together by birth and circumstance.

“Toni Erdmann” has no real payoff other than spending time with two fascinating characters. For me that was enough.

“We Need to Talk About Kevin” is made for adventurous viewers; those who can stand watching real ennui played out on screen.

The beat goes on. And on, although maybe not at exactly the right tempo, at an upscale New York music academy where teacher Terrence Fletcher (J.K. Simmons) rules with an intensity that makes the drill sergeant from “Full Metal Jacket” look positively warm and cuddly by comparison. The toxic mix of perfectionism, ambition and hubris meet in a perfect storm, and, “Black Swan” style has serious repercussions for both teacher and student.

With its fourth wall breaking narration, scandalous set pieces and absurd antics “The Wolf of Wall Street” is an experience. At three hours it’s almost as excessive as Balfort’s $26,000 dinners. It feels a bit long, but like the spoiled brats it portrays, it will not, and cannot, be ignored. 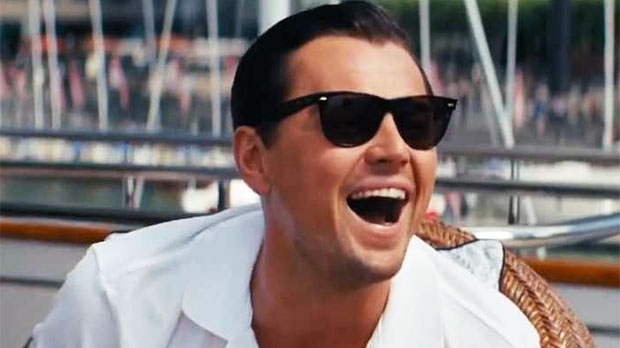