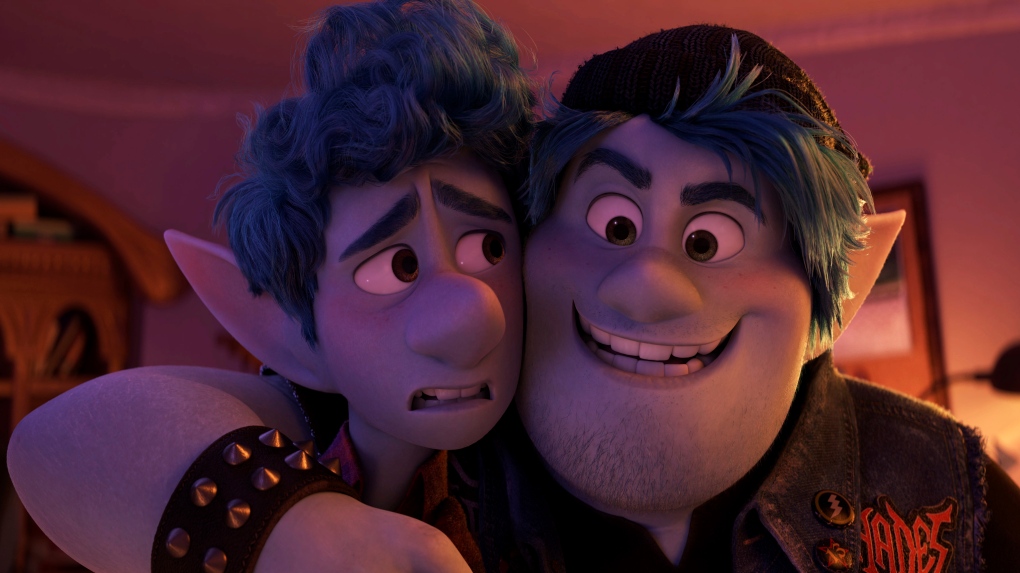 TORONTO -- CTV pop culture critic Richard Crouse shares his take on four movies this week: 'Onward,' 'The Way Back,' 'Sorry We Missed You,' and 'Run this Town.'

In its first non-sequel since 2017's "Coco," Pixar takes us to a whimsical world, where strange winged creatures like the manticore (voice of Octavia Spencer) run theme restaurants, to tell a story with a human heart.

"Spider-Man's" Tom Holland provides the voice of Ian Lightfoot, a flannel-shirt-wearing elf who, with his blue skin, bushy hair and Converse high tops, looks like a cross between Krist Novoselic and a troll. His boisterous older brother Barley (Chris Pratt in a role that once would have been played by Jack Black) is more Judas Priest than Nirvana, and spends his days absorbed in a fantasy role-playing game.

They lost their father to illness years ago when the boys were young. Barley has vague memories of him, but Ian doesn't remember him at all. Dear old dad left behind a present for the guys to be opened when they were both older than 16. "No way!" says Barley. "It's a wizard staff. Dad was a wizard!" "No," corrects mom (voice of Julia Louis-Dreyfus). "Your dad was an accountant!"

Whether dad was an accountant or wizard doesn't matter, the staff does have magic powers. When mixed and matched with a “Visitation Spell,” the right Phoenix gem and a hint of mojo, dad will appear for one whole day. Eager to meet the man they never knew, Ian and Barley start the spell, but, as dad starts to materialize, something goes wrong and the magic gem dissolves. "Aah!" Barley says. "He's just legs! There's no top part. I definitely remember him having a top part!"

Hoping for a do-over, they set off to find another Phoenix gem. "We've only got 24 hours to bring back the rest of dad," says Barley.

A mix of the role-playing game "Dungeons & Dragons" and Terrence Malick's "Tree of Life," "Onward" mixes the journey genre with an absent-father story. The search for the gem is the McGuffin that keeps the action moving forward but ultimately, it's not that important. It provides an excuse for director Dan Scanlon to stage large-scale scenes involving winged fairies, giant gelatinous cubes and dragons, but thematically this is more about a journey of self-discovery than search for a magic stone.

As such, "Onward" is at its best when it focuses on the relationships. Ian and Barley's occasionally rocky, but always loving bond lies at the heart of the film, but Pixar also remembers how to ratchet up the emotional content in other ways. The film's most effective scenes are its simplest. Ian, listening to an audio tape of his late father and improvising a conversation he never got to have with the old man, has the sprinkling of Pixar magic we expect from the folks that brought us stone cold classics like "Up" and "WALL-E."

"Onward" doesn't rank up with the very best of Pixar but few films, animated or otherwise, do. But what it lacks in storytelling innovation it makes up for in heart. The movie's strength is in the way it handles the somber subject matter — the loss of Ian and Barley's father — in the context of an exciting adventure filled with optimism. 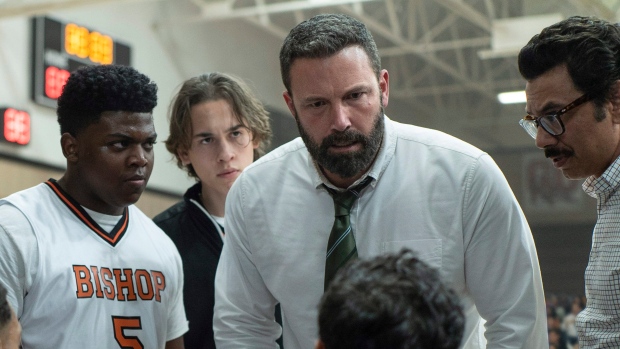 "The Way Back," a new drama starring Ben Affleck, is a riff on the you-can-never-go-home-again story with a sports twist.

Affleck is Jack Cunningham, a former high school basketball phenom, who left a full scholarship at the University of Kansas on the table as he walked away from a promising career and into years of addiction. "I spent a lot of time hurting myself," he says. "I made a lot of bad decisions. I got a lot of regrets."

Cut to years later, Jack's drinking — he starts the day with a beer in the shower — has cost him everything, but when his alma mater recruits him to coach their basketball team he reluctantly agrees. "Is the team any good? he asks. "No," he's told. "In fact, the last time they made the playoffs, you were still playing."

The team is in tatters, a laughing stock in the league but being back on the court gives Jack a renewed sense of being. "It keeps me busy," he says. "Keeps my mind off other things." As he molds the ragtag team into a force to be reckoned with, he discovers that the inspirational lessons he is teaching the kids — "The players decide the game!" — apply to his life as well.

"The Way Back" has the form of many other sports flicks — a new coach helps a failing team find their mojo — but this one digs deeper to focus on the characters rather than the rah rah of the sports. It's "The Days of Wine and Rose" with basketball and a bleary eyed, beer-bellied and vulnerable Affleck at the centre.

A quiet movie that tells the story of a man living in quiet desperation, "The Way Back" benefits greatly from Affleck's raw, but understated performance. Jack is damaged goods, a man wounded by life, who subverts his pain by staring at the bottom of a pint glass. Director Gavin O'Connor gives Affleck nowhere to hide, shooting up close and personal, and you can practically smell the beer breath as he shouts instructions at his players from the sidelines.

Rebuilding his life doesn't come easily for Jack, and the lack of easy life hacks and a great central performance, elevates "The Way Back" above the run-of-the-mill sports drama. 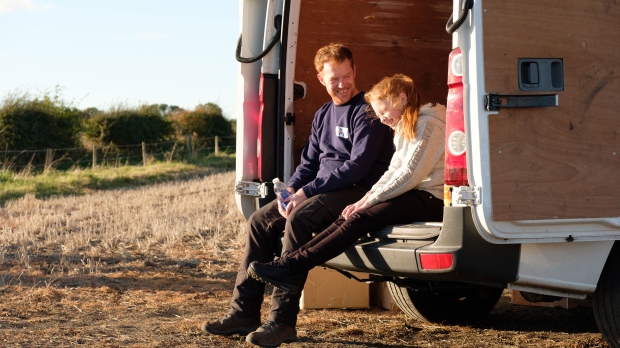 SORRY WE MISSED YOU: 4 STARS

In the future, when we look up the word "bleak" in the dictionary, there may be a picture of Ken Loach next to the definition. He has spent a career crafting dramatic and dreary portraits of social ills like poverty and homelessness, documenting the trials and tribulations of working-class people. His new film, "Sorry We Missed You," covers familiar neo-realist ground but its look at the gig economy feels fresh and timely.

In modern day Newcastle, Ricky (Kris Hitchen) and Abbie Turner (Debbie Honeywood) and their two kids, the trouble-making Seb (Rhys Stone) and sensitive daughter Liza Jane (Katie Proctor), struggle to get by. With no education and mounting debts, Ricky sees a way out of his desperate situation in the form of a parcel delivery franchise. Trouble is, he'll need to commandeer the family vehicle, the van Abbie uses to get around as a home care worker, to make his new career work.

Eager to impress his supervisor, the tough-as-nails Gavin Maloney (Ross Brewster), and working toward financial independence, Ricky loses himself in the job. With fines in place if he is late with deliveries, the pressure builds and soon the family is at a breaking point.

"Sorry We Missed You" sets a new standard for bleak, even for Loach. A powerful, tragic document of the dehumanizing effects of financial strain, it masterfully details how Ricky and Abbie's family disintegrate under the strain of simply trying to make ends meet. The anguish feels real, aided by naturalistic performances that never condescend to the characters.

Honeywood, in her film debut, is remarkable. She gives Abbie the right mix of frustration, fear and feeling to bring her to vivid life. She is the film's beating heart and it is through her and not Ricky that we come to understand how deep and dire the family's situation is.

Loach uses a cast of unknowns, a clever way of ensuring the actors don't bring any baggage from previous roles to the film. Add to that Loach's documentary style, with natural light and hand held cameras, and you have a movie that feels like an intimate cinema vérité look at the Turners.

"Sorry We Missed You" is a heartbreaker not simply because we see how Ricky’s yearning for a better life blows up in his face but because it is about people being taken advantage of while trying to do the right thing. 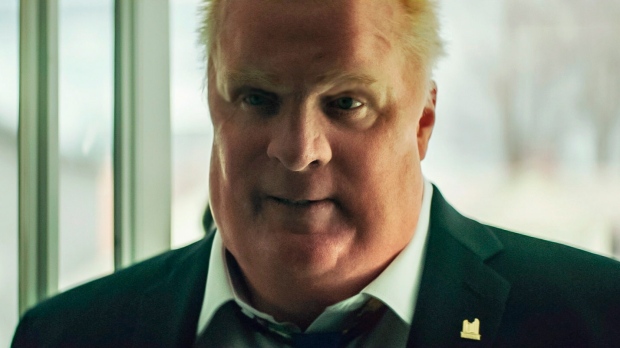 The Rob Ford Movie. That's the shorthand being used to describe "Run This Town," a new film set during the tumultuous term of the late Toronto mayor, but make no mistake this isn't a Ford biopic or a study of his politics. It's a film that uses Ford's tumultuous time as a backdrop for an unconvincing study of millennial angst among other things.

Set in 2013, the film centres around Bram Shriver (Ben Platt). Fresh out of journalism school he's keen to tackle the big stories, to write articles that will move the needle. His dream job of being a reporter at The Record, however, sees him writing “Best Hot Dogs in the City” clickbait lists instead of investigating city hall.

Meanwhile, it's chaos at city hall. Rob Ford (Damian Lewis under a mound of make-up), the popular 64th mayor of Toronto, is making headlines for his erratic behaviour. Keeping things on course is Kamal (Mena Massoud), spin wizard and special assistant to the mayor, who, it is said, "knows everything." A Greek chorus of beer-drinking communications folks provide the necessary exposition to explain how they spin bad news and behavior into good news and how to vilify the press.

Back at the newsroom, Bram stumbles his way into the wildest political scandal in Toronto history when he happens to pick up the phone and become the first person to find out about "the crack video." Can he capitalize on the biggest break of his career and finally put his Frum Award to good use or will he be doomed to write lists forever?

Keep in mind Bernstein and Woodward he is not. The story runs parallel to the reporting done by Bram's real-life counterparts at The Globe and Mail and The Toronto Star. More pointedly Robyn Doolittle or Kevin Donovan, the real-life reporters who broke the story are nowhere to be seen or heard.

"Run This Town" is a mix of fact and fiction, of flights of fancy that live at the intersection of real reporting and fake news. A muddle of ripped from the headlines details, innuendo and fiction, it takes on the Ford administration's failings, the state of journalism, millennial angst, sexual harassment and more. Jam packed and lightening-paced, it hop scotches around, pausing only long enough to linger on a grotesque caricature of Rob Ford.

Ford, played by Lewis in a prosthetic suit, fake flab and a stereotypical "oot and aboot" accent, is portrayed as an incoherent buffoon. Misogynistic, racist, paranoid — and those are the good qualities the film grants him — he lurches about the office making inappropriate remarks, prone to fits of sudden temper. It's an exaggerated interpretation of the mayor but it is also one that is all fat suit and no humanity. Say what you will about Ford's behaviour while in office, and there is much to be said about it, what we see here is larger-than-life without the enough life to make it feel real.