Movie reviews: 'Our Friend' is a sensitive film that defines selfless giving 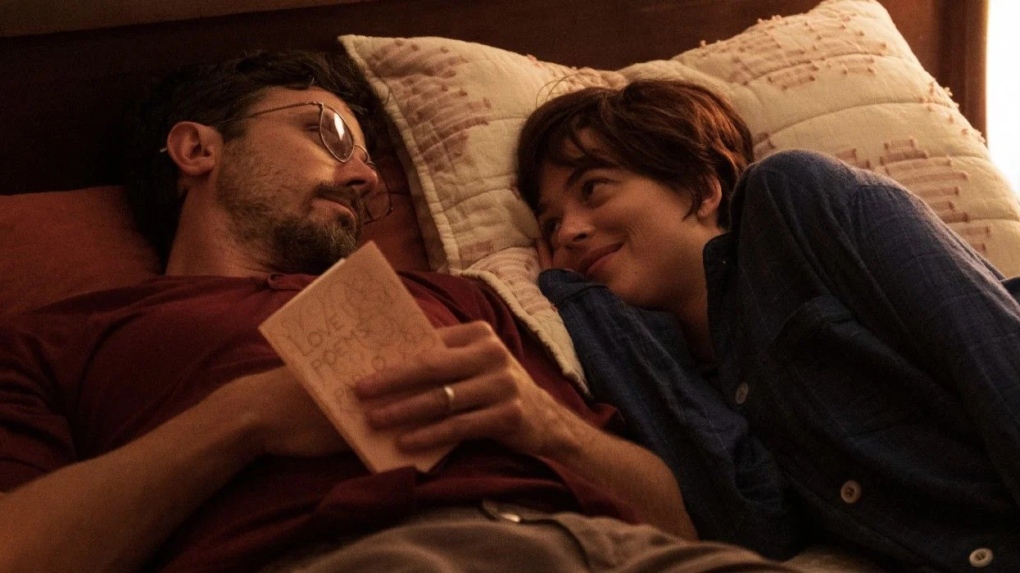 Casey Affleck and Dakota Johnson in a scene from "Our Friend." (Gravitas Ventures/Universal) 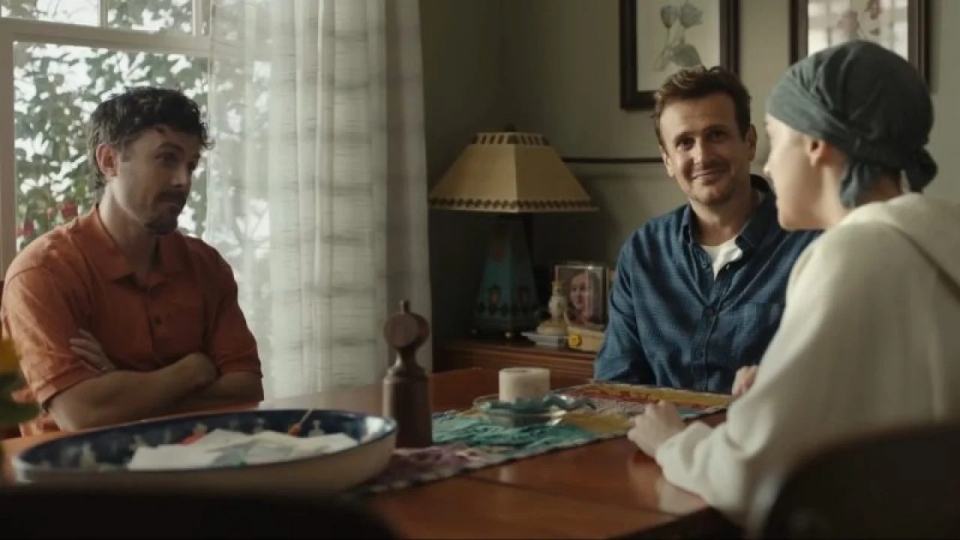 Magazines may be becoming an artifact of the past, but Hollywood still looks to them for inspiration. In the last few years a half dozen movies found inspiration in the pages of "Esquire," "Vanity Fair" and "The New Yorker," including "The Friend," a new drama starring Dakota Johnson, Casey Affleck and Jason Segel and now playing in theatres and on-demand.

Based on Matthew Teague's "Esquire" article "The Friend: Love Is Not a Big Enough Word," the film uses a broken timeline, jumping back-and-forth to tell the true story of Teague's terminally ill wife Nicole and their friend-turned-nursemaid Dane. Affleck is Matt, a war correspondent with an attitude. "It's Friday," says his editor, "I've been tired of you since Wednesday." He's an up-and-comer, married to Nicole, a talented musical theatre performer played by Johnson. Her best pal at the theatre is Dane (Segel) a sad sack who can't seem to get a girlfriend. "It's not fair," she says. "I'm the only woman who knows how special you are."

By the time Nicole is diagnosed with cancer their lives have taken different paths, but Dane leaves his life in New Orleans behind to help his Atlanta-based friends. "Would it help if I stayed for a while? You don't have to do this alone." The planned short visit turns into months as Dane takes on more responsibility, becoming Matt's pillar of strength and an indispensable part of Nicole's transition.

Director Gabriela Cowperthwaite has made a sensitive film about finding your logical, not biological family. Dane is an anchorless man who finds a sense of permanence with his friends. Segel brings his trademarked relatability to the role, exuding warmth but also a sadness due to his rudderless station in life. Staying with Nicole and Matt and their daughters provides him with a home, but it is temporary, a state of affairs bound to end in heartache. Behind every one of his toothy grins is the anxiety of the situation, carefully masked to spare his hosts the extent of his grief. It's lovely work that quietly defines the width and breath of selfless giving.

Affleck plumbs the depths of the circumstances, examining grief tinged with anger over a situation he can't control and Johnson brings grace and beauty, especially in the way she looks at Matt, Dane and the children knowing that she won't be there for their birthdays, holidays etc, to the role of a woman counting her time in days rather than years. Cherry Jones, as a palliative nurse — an "Angel of Mercy" according to Nicole's doctor — gives a no-nonsense performance that drips compassion.

"The Friend" is a showcase for Segel's easy charm but also gives the actor a chance to dig deeper. The former sitcom star delivers some much-needed laughs, but they are tinged with humility that is very touching. 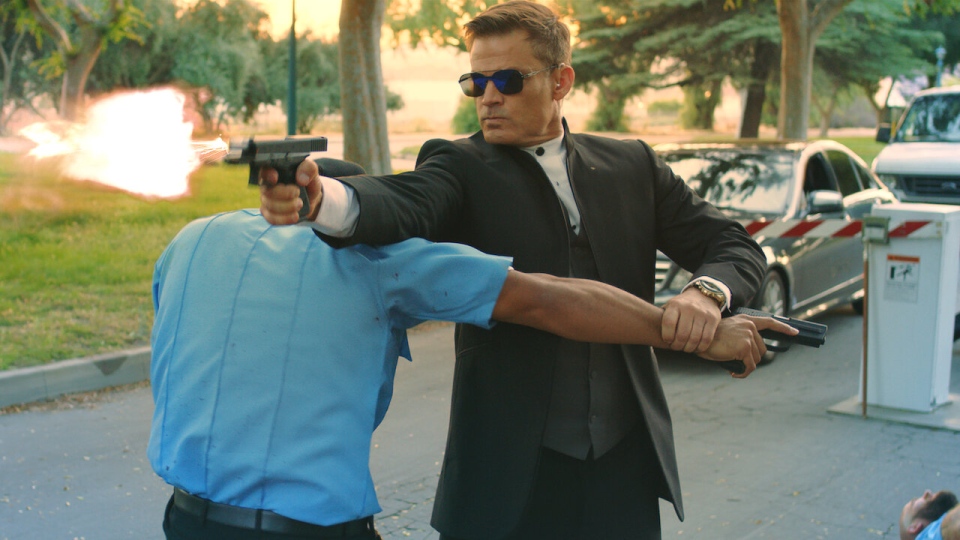 Sometimes watching a truly bad action movie can be fun. You get to sit back, turn off the brain for ninety minutes as good guys assault bad guys for your entertainment. Then there are movies like "The 2nd," now on VOD, that not only assaults your intelligence along with the bad guys, sucking away 93 minutes of your valuable downtime.

A cut-rate "Die Hard," "The 2nd" sees Ryan Phillippe as Vic Davis, a Delta Force commando, whose son Sean (Jack Griffo) is dating Erin Walton (Lexi Simonsen), a Supreme Court judge's daughter. When Vic swings by their nearly deserted college during Christmas break to pick up Sean for some much need father and son time, he walks into a Russian plot to kidnap Erin.

The baddies, led by a gun-happy domestic terrorist named Driver (Casper Van Dien), want to swing the judge's vote on the Second Amendment, the right of the people to keep and bear Arms. Vic, armed only with his Green Beret training and his wits, must fight to save not only Sean and Erin, but the integrity of the Second Amendment.

"The 2nd" is just not fun. B-movie action flicks should be spirited and outrageous. There should be exaggerated villains and conflicted heroes who know how to throw down when the going gets tough. A few clichés? That's cool if there is some actual excitement or action instead of a serving of warmed-over leftovers from other, better movies. 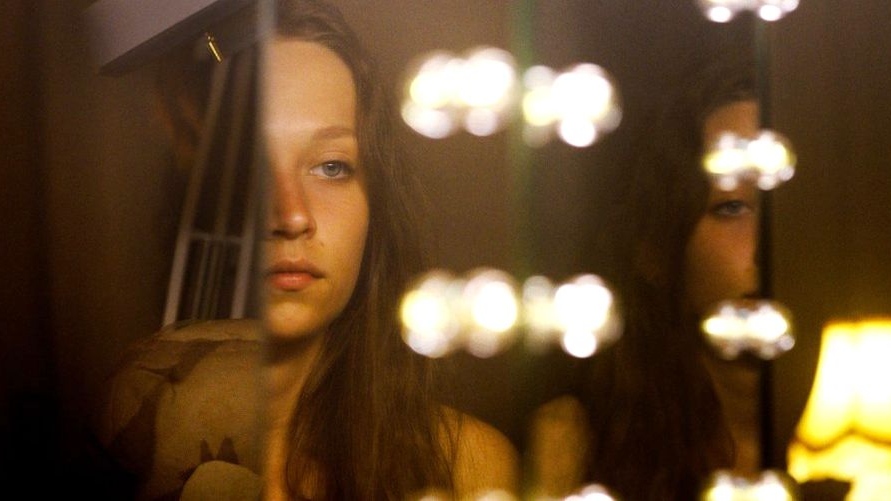 "Make Up," an unsettling new English psychological thriller now on VOD, won't make you sit bolt upright in your chair, but it may have you looking around furtively, wondering who, if anyone, is lurking behind you.

Set in a desolate strip of land in South West England, "Make Up" takes place in a Cornish holiday park in the off season. The empty caravans are tended to by caretaker Shirley (Lisa Palfrey), an odd woman with a rasp in her throat, and her crew of workers, including Tom (Joseph Quinn). When Tom's girlfriend, 18-year-old Ruth (Molly Windsor), makes the fourteen hour trip to the park from her home in Derry, she comes hoping to see her boyfriend and possibly score a job.

Despite a frosty welcome from Shirley and Tom, she stays on, learning the ropes of the job. When she isn't working shutting down the camp for the winter, she hangs out with a disinterested Tom and her only friend, camp worker and part-time beautician Jade (Stefanie Martini). Soon, however, the day-to-day is broken up by strange discoveries. Red lipstick kisses on Tom's mirror and unexplained red hairs in his bed arouse jealousy. As Ruth falls further and further down the rabbit hole of her own paranoia, she begins to question everything, even her own sexuality.

The isolation of "Make Up's" location creates an atmosphere that writer-director Claire Oakley, in her feature debut, milks for all it is worth. Strange, unsettling sounds from nature break the night's stillness and the park itself is a smörgåsbord of ethereal sights. Think "The Shining's" Overlook Hotel, but with wheels. Ruth sees odd, tormented figures shrouded in the plastic wrap they use to protect the newly fumigated trailers and the primordial power of the sea is apparent, even when you can't see the water. It adds up to an atmosphere that feels ripe for things that go bump in the night… or at least things that wear a red wig and run around at night.

"Make Up" can't rightly be pigeonholed. It's not an outright body horror, ghost story or thriller. Instead it's an exercise in dread, the feeling you get when you know something is terribly wrong but can't quite place your finger on it. Oakley employs plainspoken dialogue to tell the tale but uses intense sound design and interesting photography to heighten the experience. Put together, it's a redefinition of what horror as a metaphor for coming-of-age can be and a self-assured and exciting directorial debut.

PREPARATIONS TO BE TOGETHER FOR AN UNKNOWN PERIOD OF TIME: 3 ½ STARS 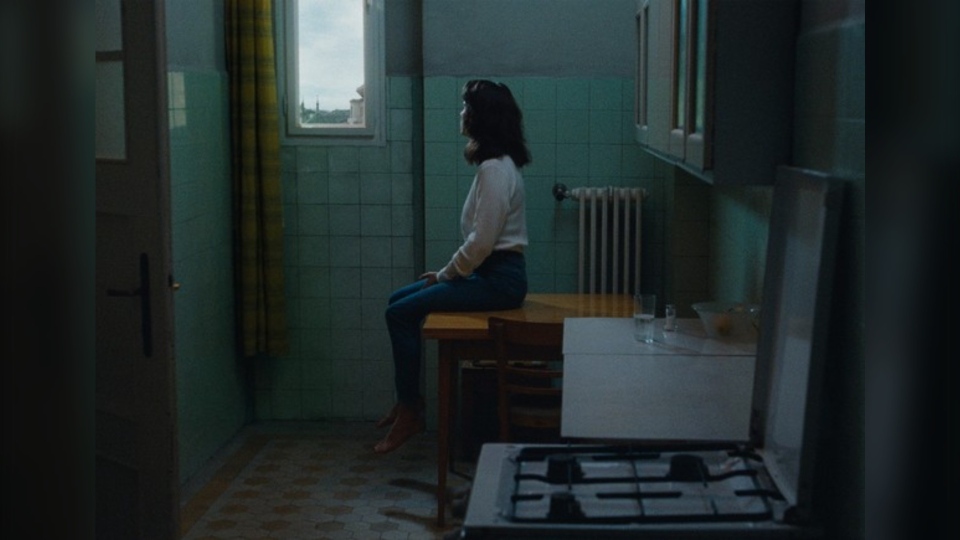 "Preparations to be Together for an Unknown Period of Time," now playing on digital TIFF Bell Lightbox and across Canada virtually and theatres, may have the longest title yet this year, but director Lili Horvat doesn't stretch out the story. In just 94 minutes her romantic mystery is a tightly told story, heavy on the Hitchcockian intrigue.

In Hungarian with English subtitles, the film centres on 40-year-old neurosurgeon Marta Vizy (Natasa Stork). When we first meet her, she's waiting for a rendezvous with a man she had a brief but torrid affair with during a medical conference. He's a no-show, and later, when confronted he claims to have never met her.

The story seems to be pointing its characters in the same direction as pulpy movies like "Fatal Attraction" as Márta cyber-stalks her mysterious lover, delving into every aspect of his life. But before she boils a rabbit on his stove, the film contorts, offering twists and turns that cast doubt on everything that came before.

Stylish, atmospheric and well-acted, "Preparations to be Together for an Unknown Period of Time" finds the crossroads where fixation and perception meet. Márta's passion forces the viewer to ponder the blurred line between obsession and love, and wonder why and how she crossed it. The film offers no answers, just tantalizing clues as to why Márta finds herself on this path in life.

"Preparations to be Together for an Unknown Period of Time," which is Hungary's official entry for the international feature film category at the Academy Awards, is a study in alienation led by an interesting performance from Stork who takes an enigmatic character and finds her humanity. It's coolly effective and yet burns with a passionate heart. 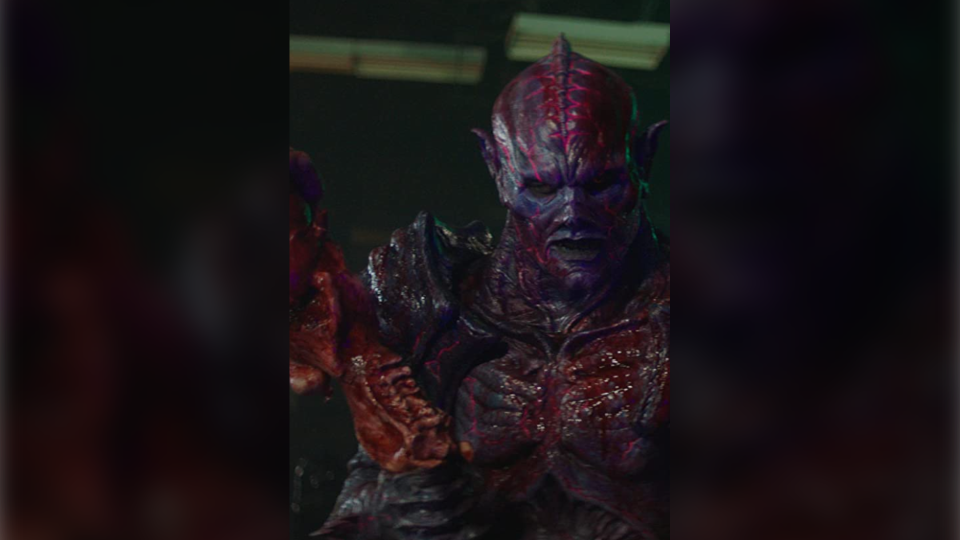 It's hard to imagine the young stars of "Psycho Goreman," the "meat children" as the titular alien character calls them, being allowed to watch the movie. The new horror comedy b-movie, now on VOD, isn't shy about the blood and guts, so it's definitely not something to throw on to babysit the kids. Unless you want them to have night terrors.

The story begins when two children, Mimi (Nita-Josee Hanna) and Luke (Owen Myre), playing a game of their own invention called Crazy Ball — the loser gets buried alive — unearth an ancient alien and a red gem. The being is the Archduke of Nightmares, a power-mad creature from the planet Gigax, who was entombed on Earth after a failed coup eons ago. After all this time, he's ready to rock, but unfortunately for him, the gem gives the kids control over his actions. They name him Psycho Goreman (Matthew Ninaber, voiced by Steven Vlahos), and at first it's all fun and games with the gravelly voiced ET. But the news of P.G.'s return attracts foes from all over the galaxy, including Pandora (Kristen MacCulloch, voiced by Anna Tierney), a templar from Gigax is dispatched to… well, dispatch him and maybe even take Mimi and Luke out as well.

"Psycho Goreman" is a good old-fashioned b-movie with a silly premise, fun and mostly practical special effects, and buckets of fake gore. The best part of it all is that it knows what it is, an over-the-top Midnight Movie, with no interest in character development or the like. Leave that for Scorsese. Writer-director Steven Kostanski has crafted a movie about what could possibly happen if kids and superbeings hung out, and it's a lot of fun. Gory and not for kids, but lots of fun. Movie reviews: 'Shadow in the Cloud' is a popcorn movie with outrageous twists

Movie reviews: 'The Prom' is a feel-good movie that celebrates inclusivity and musicals

Movie reviews: 'All My Life' is a reminder to embrace life and roll with the punches

Movie reviews: 'The Croods: A New Age' hasn't evolved much since 2013

Movie reviews: 'Ammonite' is a complex study of love, despite its simple plot

Movie reviews: 'Let Him Go' is a love story disguised as a crime drama