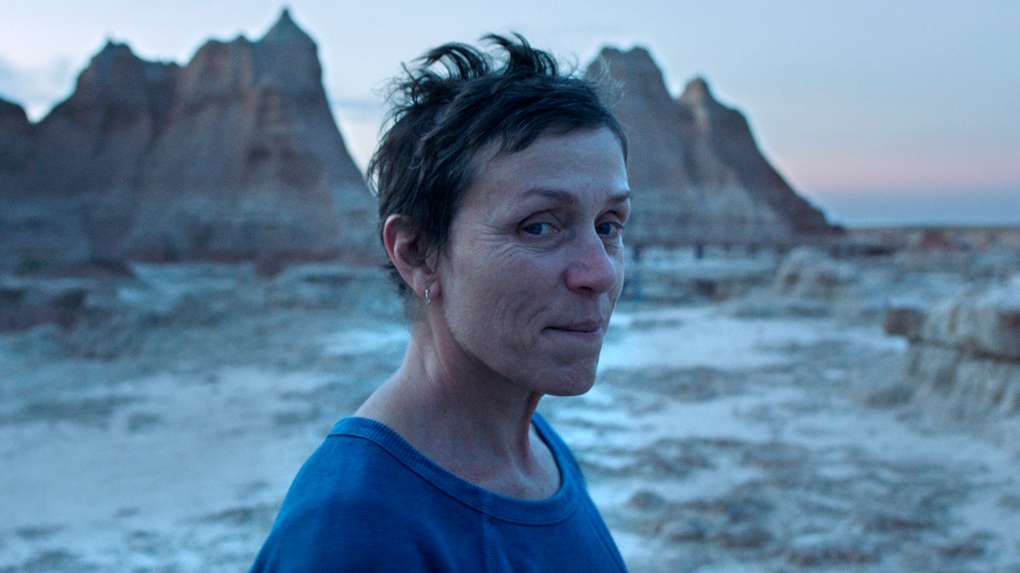 This image released by Searchlight Pictures shows Frances McDormand in a scene from the film "Nomadland." (The Associated Press) 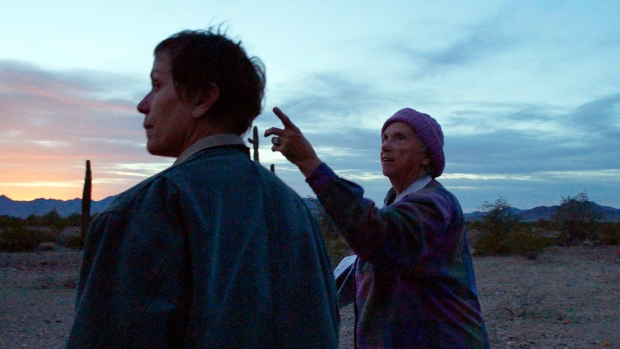 A blend of fiction and non-fiction, “Nomadland,” the melancholy new Frances McDormand drama, is a timely story of a woman who learns to adapt and survive after losing everything she held dear.

Just as Fern (McDormand) cuts herself off from the norms of regular society, “Nomadland” is not tied to traditional storytelling structures. Its unhurried 107-minute running time is leisurely, not plot driven, but utterly compelling. Director Chloé Zhao follows the widowed Fern as she leaves Empire, Nev., a small company town now bleeding residents after the closure of the U.S. Gypsum Corporation factory. So many people have fled to greener pastures that the post office discontinued the local zip code.

Leaving all that she has known behind, Fern loads up her beat-up old van and hits the road, crisscrossing America looking for seasonal work at every stop. She’s not homeless, just unencumbered, solo but not solitary. “I’m not homeless,” she says. I’m just houseless.”

Along the way she discovers a community of fellow nomads, people who teach her the ropes of life on the road. Here’s what I learned: If you have bad knees you need a taller bathroom bucket for your van.

Fern does what it takes to get by, working at an Amazon fulfillment centre and taking on caretaker gigs at rec parks, but her itinerant lifestyle is not about disconnection or coloured by loneliness. Her journey is one of self-discovery, of survival, of serenity. She is gritty, but open and friendly, independent and generous. She’s not an exile from “The Grapes of Wrath,” she’s simply living life on her own terms without a drop of self-pity, and McDormand never overplays her. There is an authenticity to the performance, aided by Zhao’s casting of real-life nomads like “van-dwelling evangelist” Bob Wells, and travellers Linda May and Charlene Swankie, that never feels less than real, sometimes almost uncomfortably so.

At times “Nomadland” feels like a documentary. Zhao and McDormand have created a beautiful character study about the flip side of the American Dream. As Fern makes her way from gig to gig, Zhao decorates the screen with eye-popping visuals courtesy of Joshua James Richards’ cinematography of the landscapes that form the backdrop to Fern’s journey. The story is poetic, but never cloying and always reaching for the horizon. 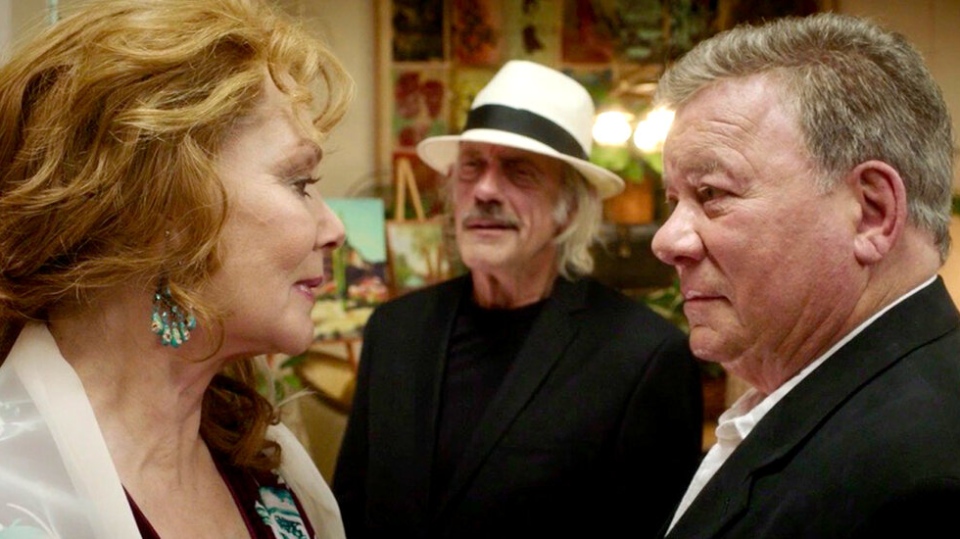 The last time we saw William Shatner and Christopher Lloyd on screen together they were outer space enemies battling over a doomsday device in “Star Trek III: The Search for Spock.” Reunited in “Senior Moment,” a new old codger romantic comedy now on VOD, their relationship this time around is more earthbound.

Shatner is retired NASA test pilot Victor Martin. He tools around Palm Springs with the love of his life -- a vintage Porsche convertible. One afternoon, after spending the day with his best friend Sal Spinelli (Lloyd), he is stopped at a light when Pablo Torres (Carlos Miranda) pulls up and challenges him to a street race. Never one to back down, Victor agrees and a few out-of-control minutes later, his license is pulled and his beloved car impounded by District Attorney Tess Woodson (Beth Littleford).

A chance encounter with cafe owner Caroline Summers (Jean Smart) on public transit leads to romance. At least, when Victor’s jealousy of Caroline’s friendship with painter Diego Lozana (Esai Morales) doesn’t get in the way.

“Senior Moment” offers the pleasures of watching the seasoned cast breathe some life into the hackneyed material. For instance, Shatner talking dirty to his car -- "A good shower before a wild ride is all you need. Ooh my, you make heads turn. I like that.”-- is a joke that’s been around for as long as there have been filthy cars to talk dirty about. The jokes may be stale, but Shatner, Smart and Lloyd milk whatever entertainment value can be squeezed from a script that feels like it migrated to the screen from another era. 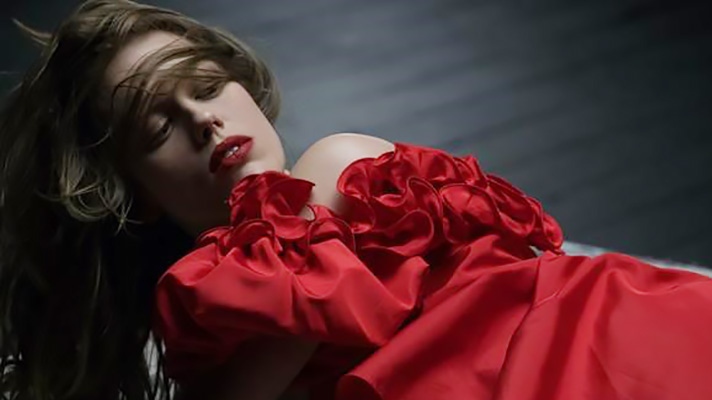 Like many young, struggling artists, Darren has a roommate and several part-time jobs, but still has trouble paying her bills. When she gets fired from a catering gig, she turns to a website that sets up paid dinner companions with older men who want company, but not commitment.

Her friends think the job is turning her into a commodity, but she stays with it, spending time with Gordon, a wealthy business man played by Colm Feore, who appears to share her love of music.

As her life spirals, she connects with a lost sense of self-esteem and creates experimental music that bares her re-shaped soul.

“Sugar Daddy” is a coming-of-age story about an artist finding her way.

Darren is a prickly character, indecisive, often rudderless, but she’s utterly compelling. Director Wendy Morgan uses a boxy 4:3 aspect ratio to ensure we can’t ignore her, but it is McCormack, who also wrote the script, that captures the character’s brilliance, capriciousness, and self-centeredness. It is a multi-layered performance that edges into stereotypical tormented artist territory before finding grace in Darren’s lessons of empowerment.

The ideas in “Sugar Daddy” on patriarchal structures in the arts and the people who create them aren’t as experimental as Darren’s music and videos, but they lay a solid foundation on which Morgan and McCormack to build a carefully constructed character study.