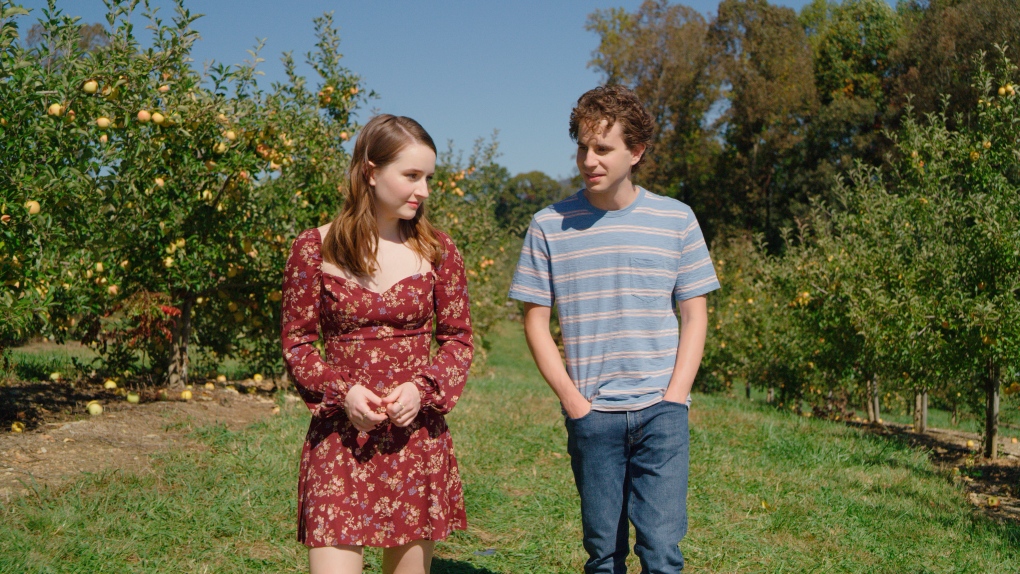 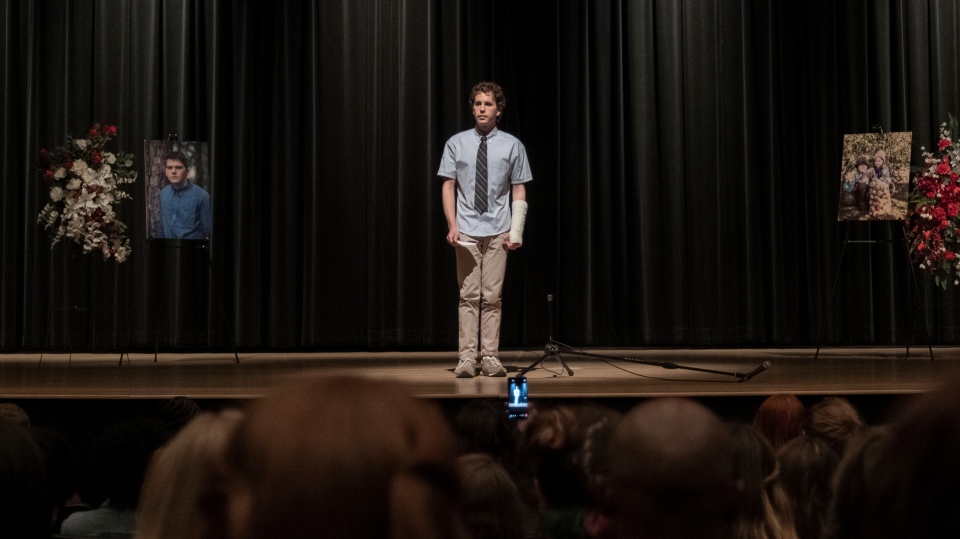 “Dear Evan Hansen,” the big screen adaptation of the Tony Award-winning Broadway musical, is a mixed bag. The coming-of-age story of a misunderstanding that takes on a life of its own, has moments of pure emotion, but is often sidelined by clunky presentation.

Ben Platt reprises his Tony-winning role as Evan Hansen, a high school outcast with a history of Social Anxiety Disorder. His loving-but-absent nurse mom (Julianne Moore) encourages him to put himself out there and meet new people, but his nerves always get the best of him. Even his only friend Jared (Nik Dodani, who provides much needed comic relief) makes it clear that he only speaks to Evan because their mothers are friends.

Evan’s therapist has him write daily Stuart “Doggone It, People Like Me!” Smiley style affirmations, letters addressed Dear Evan Hansen, followed by paragraphs of “Today is going to be a good day,” style declarations. When one of his letters is taken by troubled classmate Connor Murphy (Colton Ryan), Evan worries it will end up online, bringing humiliation and ridicule. Instead, the letter takes on a life in a way Evan could never have imagined when Connor dies by suicide.

Connor’s parents, Cynthia and Larry (Amy Adams and Danny Pino) find the note and assume it is Connor’s last words to his best friend.

“He wrote it to you,” Cynthia says. “These the words he wanted to share with you.”

It’s not true, of course. Evan barely knew Connor, but he goes along with it to make the parents feel better.

“I’ve never seen anyone so sad,” Evan says of Cynthia.

The misunderstanding—OK, let’s call it a lie—grows as Evan becomes close to the Murphys, and even begins to fake evidence of his relationship with Connor. The parents want to learn about their son through Evan, and he likes the warmth of the family and he likes their daughter Zoe (Kaitlyn Dever) even more.

At a high school memorial for Connor, Evan’s speech (actually a song) inspires people, goes viral, and, for the Murphys, gives meaning to Connor’s short life. But Evan’s online popularity is short-lived when people start asking questions about his friendship with the dead boy.

The flashy staging of the Broadway era “Dear Evan Hansen” is gone, replaced by a stripped down, more naturalistic treatment. That works well for Dever, Moore, Amandla Stenberg who plays student council dynamo Alana and Adams, who is the movie’s heart and soul, all of whom hand in warm, authentic performances.

The effectiveness of Platt’s work is sometimes undone with work that feels as though it belongs on a stage and not the more intimate medium of film. His embodiment of teenage angst, the hunched over shoulders and doleful eyes, plays to the back of the house.

There is a long history of twenty-somethings playing high schoolers in movies, sometimes it works, sometimes it doesn’t. Platt, at age twenty-seven, is just outside the window to effectively play his signature teenage character under the camera’s scrutiny. Occasionally his moony-eyed reveries, directed at Zoe, come across as creepy, not sweetly romantic.

Still, there are moments of undeniable power in “Dear Evan Hansen.” The transitions from dialogue to song aren’t always smooth, but the songs pack a punch.

“Only Us,” Dever’s duet with Platt, understatedly plucks at the heartstrings and Stenberg’s “The Anonymous Ones,” a new song for the film, transcends the melodrama of the story with a beautiful recounting of the film’s themes of grief and loneliness. As it was on stage “You Will Be Found,” with the repeated line, “You are not alone,” is a show stopper.

It is a shame then, that a movie with potent moments ultimately feels like the titular character is guilty of exploiting Connor and his family. The movie acknowledges this, but it still doesn’t generate the kind of empathy for Evan necessary to make the film work on a deeper level. 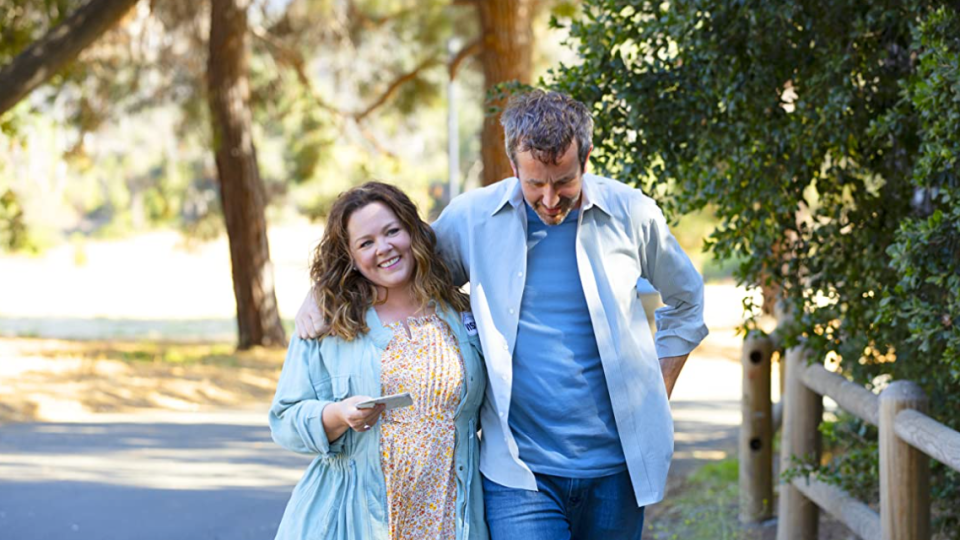 There is a scene in “The Starling,” Melissa McCarthy’s maudlin new study of grief and ornithology, where a psychiatrist-turned-vet (that’s the kind of movie this is) tells Lilly (McCarthy), whose husband has spent almost a year in a psychiatric care home, that starlings “are different from other birds. They build a nest together. They’re just not meant to exist in the world alone, on their own.”

“That’s real subtle stuff,” she replies sarcastically, but in truth, his remark is subtle compared to the rest of this well-meaning but ham-fisted movie.

Small town supermarket employee Lilly and her school teacher husband Jack (Chris O’Dowd) lives were changed when their baby daughter Kate passed away unexpectedly. Grief strikes each differently. Lilly looks forward, while Jack breaks down and checks into a mental health facility. Left alone, Lilly turns to tending her garden where a rogue starling attacks her every time she ventures outside.

Seeking guidance, she talks to Dr. Larry Fine (Kevin Kline) the psychiatrist-turned-vet reluctantly who councils her on grief and bird problems. As her relationship with the starling changes, so does Jack’s situation with his psychiatrist Dr. Manmohan (Ravi Kapoor) and the couple take steps toward reconciliation.

“The Starling” isn’t the first movie in recent memory to use a bird as a metaphor. “Penguin Bloom” covered similar territory last year and movies like “The Thin Red Line,” “Ladyhawke” and “Black Narcissus” have used birds as an emblem of freedom. It’s too bad that the CGI bird in “The Starling” doesn’t inspire the same kind of sense of wonder as it does in those other movies. As it is, the bird’s flitting and flirting only adds to the muddled feel of the story.

A strange mix of heartfelt drama and slapstick comedy, “The Starling” relies on very likable actors to try and bring a sense of balance to the material, but not even McCarthy, Kline and O’Dowd can bend this mishmash of tones into a cohesive whole.

THE EYES OF TAMMY FAYE: 3 STARS 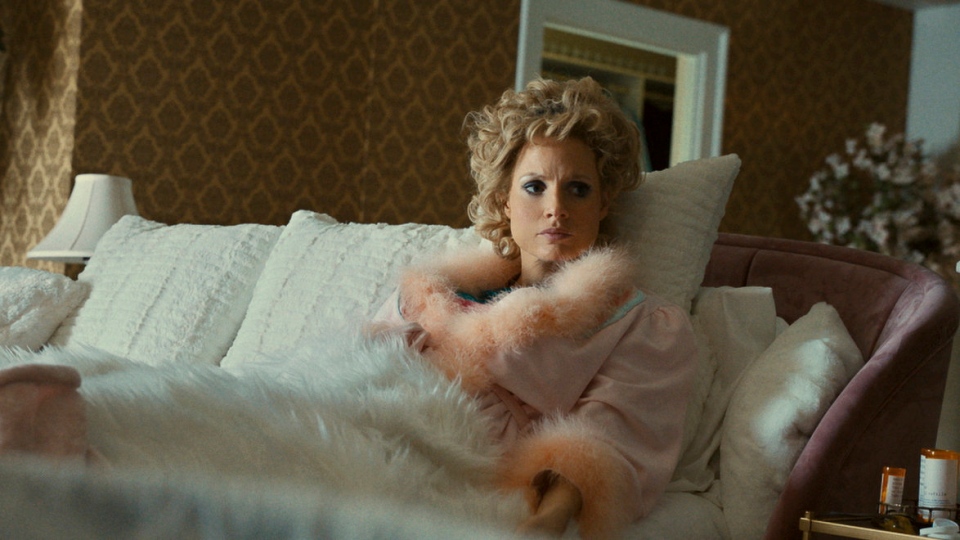 A new biopic hopes to rehabilitate the reputation of Tammy Faye Bakker, the scandal plagued televangelist who may be best remembered for her outlandish taste in make-up. But “The Eyes of Tammy Faye,” now playing in theatres and starring Jessica Chastain in the title role, looks at the unusual rise and fall of a woman many wrote off years ago as a pop culture joke, through fresh eyes.

“I won’t go forward looking in the rearview mirror of my life,” she says. “This is who I am.”

The eldest of eight children raised by stern mother Rachel (Cherry Jones), Tammy Faye (played as a youngster by Chandler Head) makes an impression at her mother’s Pentecostal Church when she speaks in tongues over a glass of sacramental wine.

Cut to 1960, Tammy Faye (now played by Chastain) is studying at the North Central Bible College in Minneapolis when she meets a charismatic student named Jim Bakker (Andrew Garfield). His approach to religion flipped the script from God fearing to expecting God to exalt those who made money in His name.

The pair, now man and wife, take their act on the road. Jim preaches, Tammy does puppet shows and both dream of starting their own church. After a meet with a producer for Pat Robertson’s Christian Broadcasting Network, the couple get a TV gig and their biggest audience to date. Their folksy blend of religion, songs and hellfire catch on and within five years their Praise the Lord (PTL) Network hits the airwaves and the seeds of a scandal that will rock the televangelist community, and turn the Bakkers into tabloid fodder, are planted.

“The Eyes of Tammy Faye” features a bravado performance from Chastain, but like the make-up painted on the actress’s face, it is all surface. She is an entertaining combination of pluck, nervous giggle and giant eye lashes, but despite the occasional flash, the work is all personality with not enough going on behind the titular eyes. It’s big, bold and even admirable work, but never gets to the core of what made Tammy Faye run.

Chastain isn’t aided by a Wikipedia style script that hits the high and low points of the Tammy Faye’s life, career and marriage, but often forgets the connective tissue that brings these elements together. Despite the disjointed storytelling, the movie does do some interesting world building in its recreation of the PTL broadcasts and the presentation of the Bakkers’s elaborate lifestyle in all its lurid 1980s detail.

“The Eyes of Tammy Faye” entertains the ocular orbs, but blinks when it comes to really digging deep into what was behind Tammy Faye’s eyes. 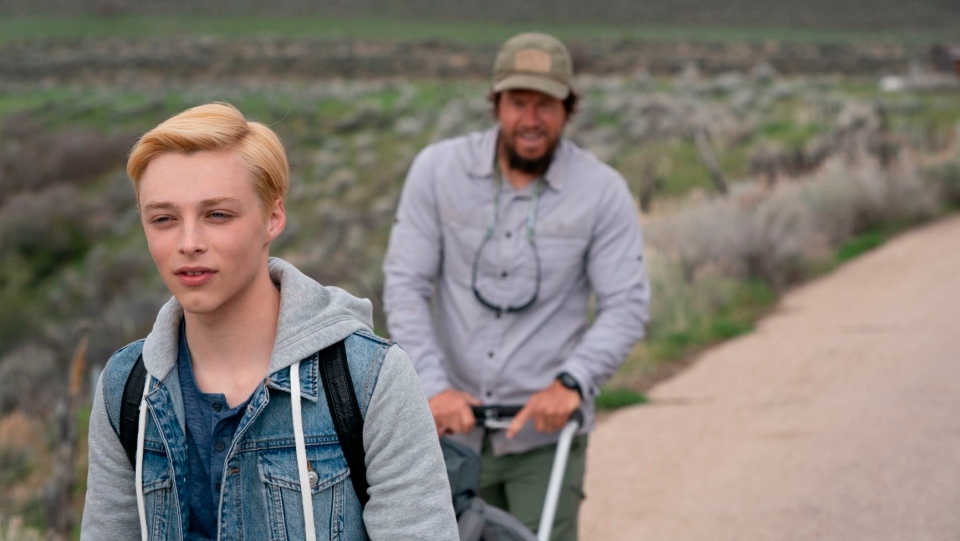 “Joe Bell,” a new based-on-true events drama starring Mark Wahlberg, and now on VOD, is a film with a message and a disarming way of delivering it.

Wahlberg is the good man of the title, Joe Bell, husband to Lola (Connie Britton), father to sons Joseph (Maxwell Jenkins) and Jadin (Reid Miller), a young gay man who took his own life after repeated bullying from the jocks at his high school. Unable to resolve his feelings, Joe hits the road, vowing to walk from La Grande, Oregon to New York City, the city of Jadin’s dreams. It’s a time of solitude for Joe to wrestle with his own complicity in his son’s death and make stops along the way to mumble his way through halting speeches about bullying at local high schools.

Written by the “Brokeback Mountain” screenwriting team of Diana Ossana and Larry McMurtry, “Joe Bell” has its heart in the right place, but makes missteps along Joe’s journey.

Told with flashbacks interspersed throughout the present-day action, (the story takes place in 2013), “Joe Bell” looks for new ways to tell the true story. Using Joe’s anguish as a starting point, it conjures up images from his imagination to fill the screen while he is on his solitary journey. (MILD SPOILER ALERT) Jadin appears as a device for Joe to ease his guilty mind. It’s a way of establishing what could have been, had Jadin not ended his life and mostly it works as Reid gives his character a youthful exuberance that makes his absence in real life more acute.

Minus those scenes “Joe Bell” is a slight film. The message, that kids are marginalized and bullied every day, everywhere, is potent and important, but the film’s earnest repetitiveness threatens to reduce the point to a series of platitudes.

Good supporting performances from Miller, Britton and Gary Sinise as a sympathetic police officer, share the screen with Wahlberg who is, essentially, a one-note character with a scraggly beard. His inability to truly articulate his feelings hinders the character’s effectiveness. A message movie should have a central character able to bring the moral to life. Wahlberg’s take on Bell is not that character.

“Joe Bell” is a movie about soul searching, with a good message, that never finds its way.

Movie reviews: 'Mass' is a beautifully acted study in misery

Movie reviews: 'No Time to Die' is a James Bond film unlike any other

Movie reviews: 'The Many Saints of Newark' settles for less as an exercise in nostalgia

Movie reviews: Trauma lies at the heart of the storytelling in 'The Card Counter'

Movie reviews: 'Shang-Chi and the Legend of the Ten Rings' has heroics, heart, and humour

Movie reviews: 'The Protege' aspires to be something bigger than it is