BIRDS OF PREY (AND THE FANTABULOUS EMANCIPATION OF ONE HARLEY QUINN): 3 ½ STARS 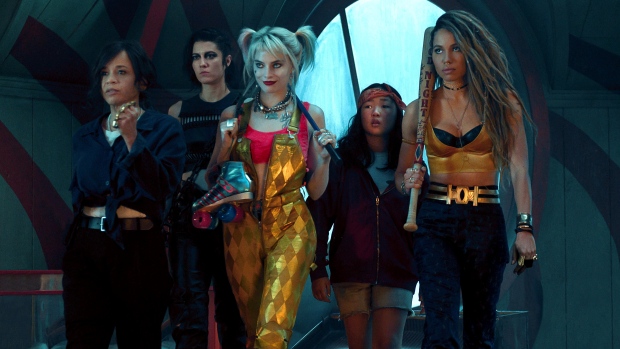 As “Joker” sweeps through Awards Season, scooping up a motherlode of Best Actor gold for Joaquin Phoenix, along comes the standalone story of the Clown Prince of Crime’s former female sidekick.

“Birds of Prey (And the Fantabulous Emancipation of One Harley Quinn)” sees Margot Robbie revisit her unpredictable “Suicide Squad” character in an R-rated film that is part action, part comedy and all attitude.

More in tune with the antics of “Deadpool” than the serious tone of “Joker,” “Birds of Prey” is a fourth-wall-breaking story that doesn’t feel like other superhero movies.

Picking up after the events of “Suicide Squad,” Gotham City has become a cesspool of crime. Batman has flown the coop leaving the city unprotected from the likes of crime lord Black Mask (Ewan McGregor). The baseball wielding Quinn has rid herself of her former “partner in madness,” the Joker—" I am so over clowns!” she says—and now travels with a new squad of vigilantes.

“As it turns out, I wasn’t the only dame in Gotham looking for emancipation,” she says.

“I’m back on my feet,” Harley says, “ready to embrace the fierce goddess within.”

“Birds of Prey” is a story of survivors, of feminism, of tough women out on the town and it is the most fun DC has offered up at the movies. The stripped-down story sheds “Suicide Squad’s” nihilistic nonsense in favor of empowerment and general kick assery.

It gets off to a slow start, establishing the characters and situation, but erupts in the last third with bombastic action choreographed by director Cathy Yan and “John Wick” fight maestro Chad Stahelski. Forget the CGI finales of the Marvel Universe, this is blood-soaked up-close-and-personal stunt action with a wicked sense of humour.

Robbie has a gleeful, cheeky commitment to the character that sets the tone for the movie’s 80s new wave kaleidoscopic aesthetic. With a habit of settling disputes with a baseball bat to the groin she isn’t a role model but is unpredictable, scrappy fun to watch on screen. Ditto McGregor who actually seems to be having fun wearing Black Mask’s hyped-up wardrobe after a series of movies that have left his charisma relegated to the backroom.

“Birds of Prey” is loads of fun but manages to weave some serious ideas about not needing men to survive into the chaos. Most of all, though, it feels like a welcome antidote to the monotony of so many comic book inspired films. 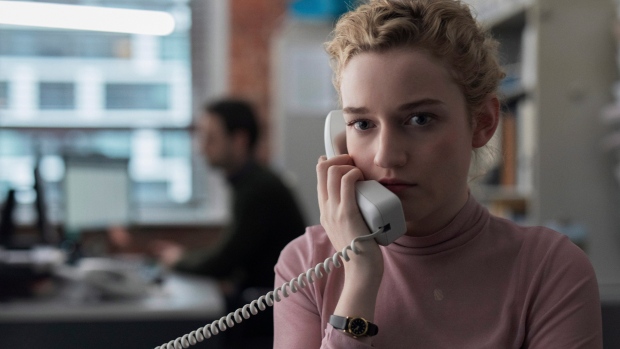 She is the invisible woman. The assistant to a high-flying New York movie mogul, Jane (Julia Garner) floats around the office, silently collating papers, cleaning up mysterious stains from her boss’s casting couch—“Never sit on the couch,” her co-workers joke—wordlessly doing the jobs nobody else will do. An aspiring filmmaker with hopes of one day producing her own movies she sees the job, low level as it is, as a stepping stone.

When her boss flies in a young, pretty waitress (Kristine Froseth) he met at the Sundance Film Festival to work in his office Jane suspects it is a #MeToo situation in the making. Reporting her feelings to HR in hopes of protecting the new naive hire she is instead reminded of how power works.

“I can see you have what it takes to produce,” says the appropriately named HR guy Wilcock (“Succession’s” Matthew Macfadyen). “Why are you trying to throw it all away?”

That harrowing scene lies at the heart of “The Assistant.” A timely study of the systemic mistreatment of vulnerable and defenceless women, Jane’s story is an account of the many slights and indignities suffered by subordinates to power.

“The Assistant” is a quiet movie. Much of the dialogue comes from Jane’s conversations with unseen limo drivers or her boss. We see her limited interaction with co-workers, but mostly we see the day-to-day drudgery that fills her hours. She arrives before dawn, stays well into the night and is treated like she should feel lucky to be there.

Director Kitty Green keeps the focus tight, allowing the viewer to feel the soul-crushing drudgery of Jane’s job. She is invisible, a presence simply to absorb her boss’s bad temper and get lunch for the senor staffers.

Green never strays from Jane. We don’t meet the head honcho or learn about anyone’s backstory. It’s not that kind of movie. Instead it is a document of the degradations and power dynamic that are an accepted part of the job. The film’s chattiest scene, between Jane and HR’s Wilcock, is quiet but shattering in its impact. His smugness is the very attitude that enabled the very abuse that Harvey Weinstein is facing trial for today. The casual nature of Wilcock dismissiveness is chilling, punctuated by one last parting shot.

On her way out of their meeting he ‘reassuringly’ adds, “You don’t have anything to worry about. You’re not his type.”

“The Assistant” is anchored by a subtle yet devastating performance from Garner. The hard-edged bluster she brings to her character on “Ozark” is missing, replaced by anxiety as she realizes the extent of the exploitation happening around her. It’s quiet, restrained and heartbreaking to watch how she is beaten down.

Based on hundreds of interviews with real-life assistants, this is more than just a movie, it is a timely document of abuse of power and complicity. 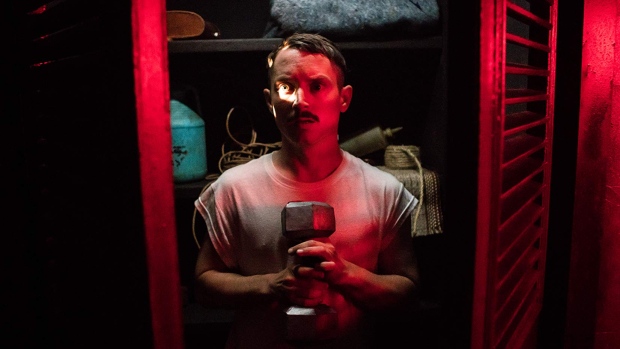 Family reunions are often fraught with tension. Old wounds are opened by familiarity bred by contempt but few reconciliation have turned as dark and twisted as the father and son get together in Elijah Wood’s new thriller “Come to Daddy.”

Wood is Norval, a self-described music industry big deal, raised by his single mother in Beverly Hills. After receiving a letter from his estranged father requesting a face-to-face meeting, he makes the trip to a remote California home to meet a man he barely knows. He’s met by Brian (Stephen McHattie), a flinty, drunken older man with a sharp tongue. When Brian tries to impress the older man by dropping Elton John’s name, Brian calls him out in an embarrassing and cruel way. The situation doesn’t improve with the introduction of alcohol and soon the situation becomes dangerous.

That’s it! No spoilers here. Trust me when I say that unless your family gatherings include torture and excrement dripped shivs, you haven’t experienced a father and son situation quite like this before.

Darkly humorous and disquieting, “Come to Daddy” is a gonzo thriller that revels in the off-kilter nature of the escalating intrigue of the story. As the running time clicks through to the end credits the stakes for Noval surge in increasingly outrageous ways.

It’s all good, gory fun that plays up the absurdity of the situation while still maintaining the complexity of the father-son relationship. It’s a mish mash of revenge, squeamish violence and surreal family drama that should please midnight madness fans but leave others reaching for a barf bag.