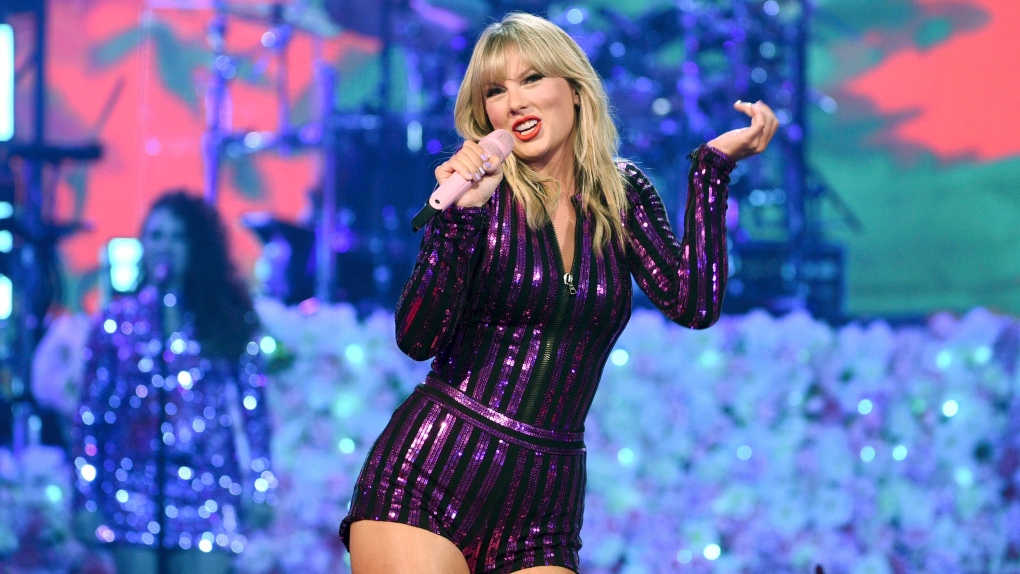 In this July 10, 2019 file photo, singer Taylor Swift performs at Amazon Music's Prime Day concert in New York. Swift’s newest album, “Lover,” was released a week before the Grammys’ due date, and could snag a nomination. (Photo by Evan Agostini/Invision/AP, File)

TORONTO -- Taylor Swift’s new Netflix documentary offers an intimate look at the popstar’s life, including the torrent of bad press she’s received over the years.

But a Montreal newspaper is calling out the film for including one of its stories and doctoring it to make it appear as if they wanted Swift to “disappear” when, in fact, the article said no such thing.

A story from the Montreal Gazette appears about 35 minutes into “Miss Americana.” The headline reads “A talent to annoy” with a photo of Swift. The subtitle: “You know all those things you wish would disappear but won’t? Us too.” However, the text of the article is blurred, and the subtitle is cut off.

In a piece published Tuesday, the Montreal Gazette clarified that the story, written by an Associated Press reporter, was not about hoping Taylor Swift or her career would vanish. Rather, the article’s author was compiling a list of cultural trends she wanted to see end in 2017. Among those things: the style of shoulder-baring shirt Swift is seen wearing in the image.

A caption below the image – also blurred in the documentary – reads “Trends that should disappear after 2017, according to Leanne Italie, include cold-shoulder clothing, as sported by Taylor Swift, unicorn everything – including Starbucks’ obnoxious Frappuccino – and spiralized vegetables. If you want pasta, just eat pasta.”

Invoking some of Swift’s popular lyrics, the Gazette wrote that it hopes the clarification “means we’re out of the woods with Swifties; we wouldn’t want any bad blood.”

CTV News has reached out to Taylor Swift’s team. This story will be updated in the event of a response.

The misleading headline image appears at an emotional peak in the film as Swift recounts why she vanished from public life for a year. In 2016, Kim Kardashian West posted a video showing her husband, Kanye West, seeking Swift’s approval to use Swift’s name on his song, “Famous.”

In the song, West raps that he feels he and Taylor “might still have sex” and says he “made that b**** famous.”

Kardashian West’s video appeared to catch Swift in a lie. Swift’s team had previously said West had not asked her about the lyrics but wanted Swift to promote the song on her Twitter account.

In the documentary, Swift recalls the fallout from the scandal and how difficult it was to cope with the onslaught of negative reactions.

“When people decided I was wicked and evil and conniving and not a good person, that was the one I couldn’t really bounce back from, because my whole life was centred around it. #TaylorSwiftIsOverParty was the number one trend on Twitter worldwide. Do you know how many people have to be tweeting that they hate you for that to happen?” she said.

Swift later capitalized on the scandal in her 2017 album Reputation, which was riddled with coded references to the long-running spat.

Swift and West have had a rocky relationship since 2009, when West interrupted Swift’s acceptance speech for best female video at the MTV Video Awards and said Beyonce deserved to win.