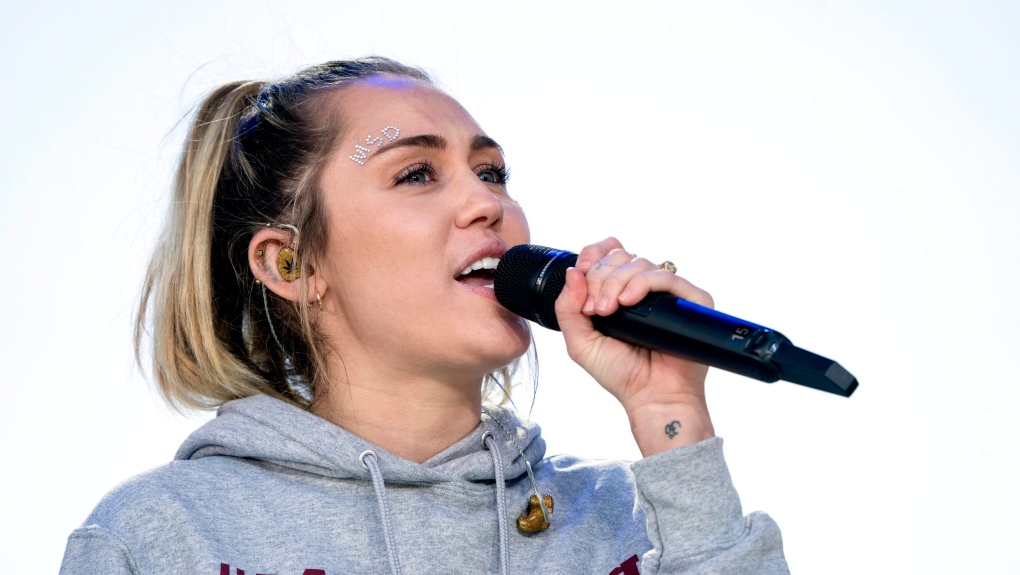 Miley Cyrus performs "The Climb" during the "March for Our Lives" rally in support of gun control in Washington, Saturday, March 24, 2018. (AP Photo/Andrew Harnik)

BRUSSELS -- U.S. pop star Miley Cyrus has won the right to use her name as a trademark on a wide range of products in the European Union, after Europe's top court on Wednesday annulled a decision by the EU patent office to limit the scope of her brand.

British Virgin Island-based Cyrus Trademarks Ltd, which had registered the mark CYRUS in 2010, however opposed the application for some of the products.

EUIPO backed part of its argument, citing the likelihood of confusion between the two trademarks. Smiley Miley appealed but failed to convince the patent office last year and subsequently took its case to the Luxembourg-based EU Court of Justice (CJEU).

The Court overruled EUIPO's decision, dismissing its arguments that the brands could be confused and that the name Miley Cyrus had no conceptual meaning.

"The mark applied for, MILEY CYRUS, has a clear and specific semantic content for the relevant public given that it refers to a public figure of international reputation, known by most well-informed, reasonably observant and circumspect persons...," the CJEU said.