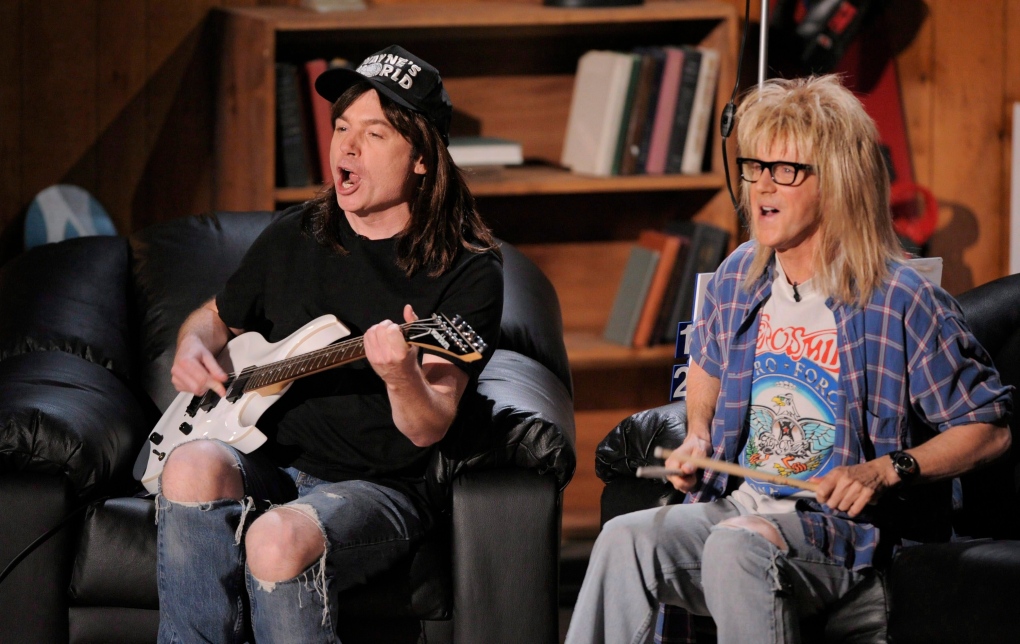 "It would be an interesting examination of Wayne at 50," he said with a chuckle in a recent telephone interview.

"I don't know what it would look like, but the idea of it makes me laugh and Dana (Carvey) and I had a blast at the 40th anniversary, so I don't know."

The Toronto actor-filmmaker was referring to "Saturday Night Live"'s 40th anniversary special in February 2015, in which he and Carvey reprised their "Wayne's World" rock-worshipping characters Wayne Campbell and Garth Algar.

Myers also appeared on "SNL" last December, in a cameo in the opening monologue with fellow Canadian Ryan Gosling, who was hosting.

The sketch focused on all things Canada and Myers, wearing a Toronto Maple Leafs Jersey, sang alongside Gosling and bonhomme de neige, the mascot of the Quebec Winter Carnival.

"And then all of a sudden, the next day at rehearsal, there's a bonhomme de neige suit and I'm like, 'How do they do that?' It kind of wrecks you from movies because in movies it's like, there are 10 meetings on: 'And what exactly would you like with the bonhomme de neige?'

Speaking of the Leafs, Myers said he hasn't given up on his revered team, despite living in New York.

"I feel like I've said this many times -- we're in a rebuilding phase, but it seems like all the elements are in place," he said of how the team is looking for the next season.

Myers writes about Wayne Campbell, the Leafs and his entire 53-year relationship with his beloved Canada and his career in a book due out in October.

When asked if he's working on a fourth "Austin Powers" film, he said: "Everything is being negotiated and worked out and all that stuff."