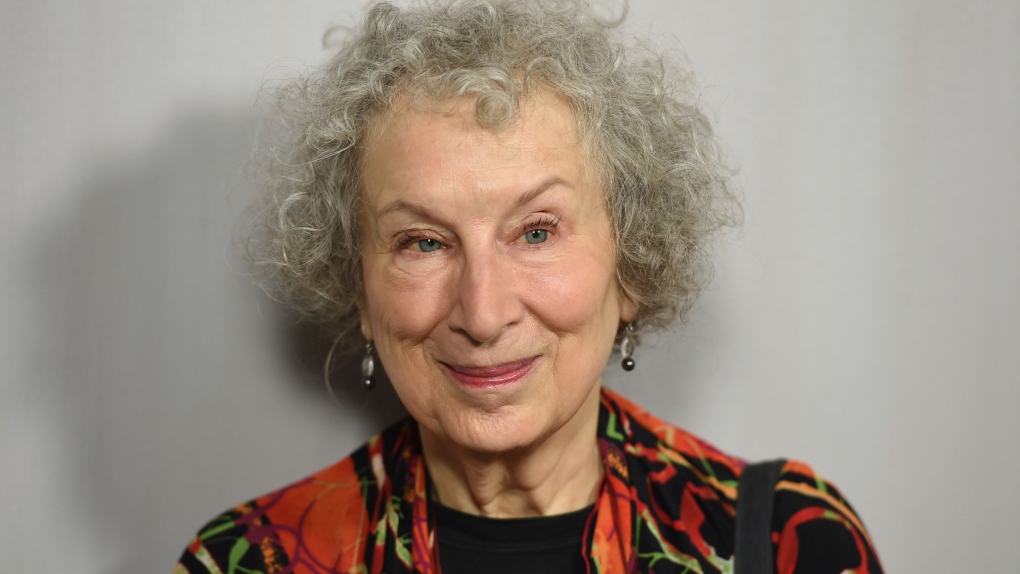 In this Oct. 14, 2018 file photo, Margaret Atwood arrives at the 16th Annual Hammer Museum Gala in the Garden in Los Angeles. (Photo by Jordan Strauss/Invision/AP, File)

TORONTO - Margaret Atwood is offering a glimpse into her much-hyped sequel to "The Handmaid's Tale."

The celebrated novelist tweeted an image of "The Testaments" front cover and it features the outline of a woman wearing the story's famous bonnet and cloak.

But instead of the standard red colour described in "The Handmaid's Tale," the attire is bright green.

Hidden within the minimalist graphic is the form of another woman with arms outstretched, and without the cloak and bonnet.

Book publisher McClelland & Stewart has said the story picks up 15 years after protagonist Offred stepped into the unknown. It also features the testaments of three female narrators from Gilead, the totalitarian society in which women are treated as property of the state.

Atwood has said little about the storyline, except that it was partly inspired by "the world we've been living in."

Here is the Front Cover for #thetestaments ... The Back Cover will follow shortly... pic.twitter.com/Mj8JQuRgBO