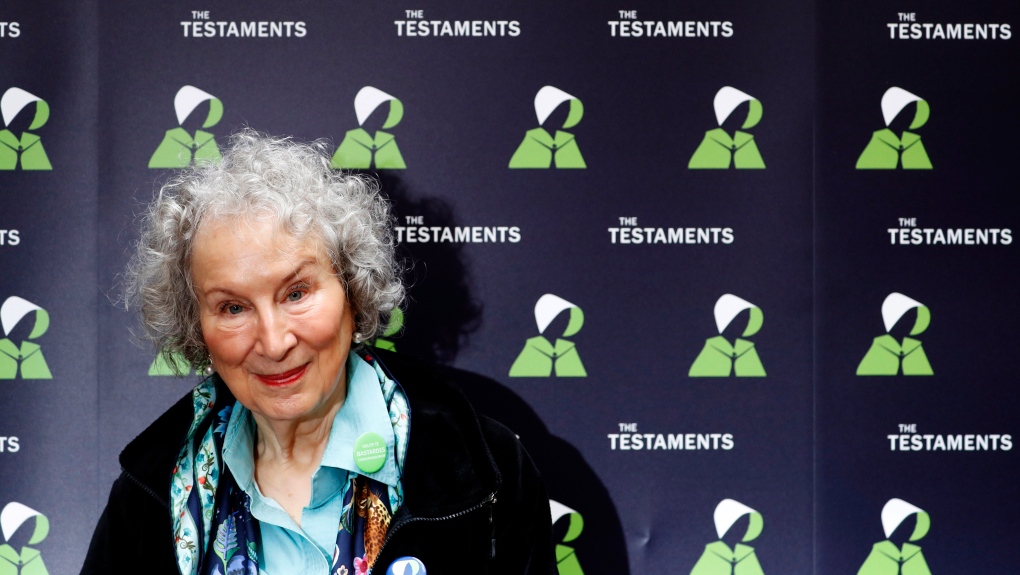 In this Tuesday, Sept. 10, 2019 file photo, Canadian author Margaret Atwood poses for a photograph during a press conference at the British Library to launch her new book 'The Testaments' in London. (AP Photo/Alastair Grant, File)

LONDON -- Dozens of artists, writers and academics have signed an open letter decrying the weakening of public debate and warning that the free exchange of information and ideas is in jeopardy amid a rise in what they call "illiberalism."

J.K. Rowling, Salman Rushdie and Margaret Atwood are among dozens of writers, artists and academics to argue against ideological conformity in an open letter in Harper's Magazine. The letter comes amid a debate over so-called cancel culture - where prominent people face attack for sharing controversial opinions.

"The forces of illiberalism are gaining strength throughout the world and have a powerful ally in Donald Trump, who represents a real threat to democracy," the letter said. "But resistance must not be allowed to harden into its own brand of dogma or coercion-which right-wing demagogues are already exploiting. The democratic inclusion we want can be achieved only if we speak out against the intolerant climate that has set in on all sides."

Rowling, for example, has attracted criticism over her views on transgender issues, which have angered many activists. In a series of tweets, Rowling said she supported transgender rights but did not believe in "erasing" the concept of biological sex.

The comments prompted Daniel Radcliffe and other cast members of the Potter films to publicly disagree with her. Rowling was unmoved, but was attacked for weeks online.

The letter criticized the state of public debate and the "swift and severe retribution" dealt out to any perceived wrongs. It decried an "intolerance of opposing views, a vogue for public shaming and ostracism, and the tendency to dissolve complex policy issues in a blinding moral certainty."

"The way to defeat bad ideas is by exposure, argument, and persuasion, not by trying to silence or wish them away," the letter said. "We refuse any false choice between justice and freedom, which cannot exist without each other."

"As writers we need a culture that leaves us room for experimentation, risk taking, and even mistakes. We need to preserve the possibility of good-faith disagreement without dire professional consequences."https://t.co/4zPjuPNXBu