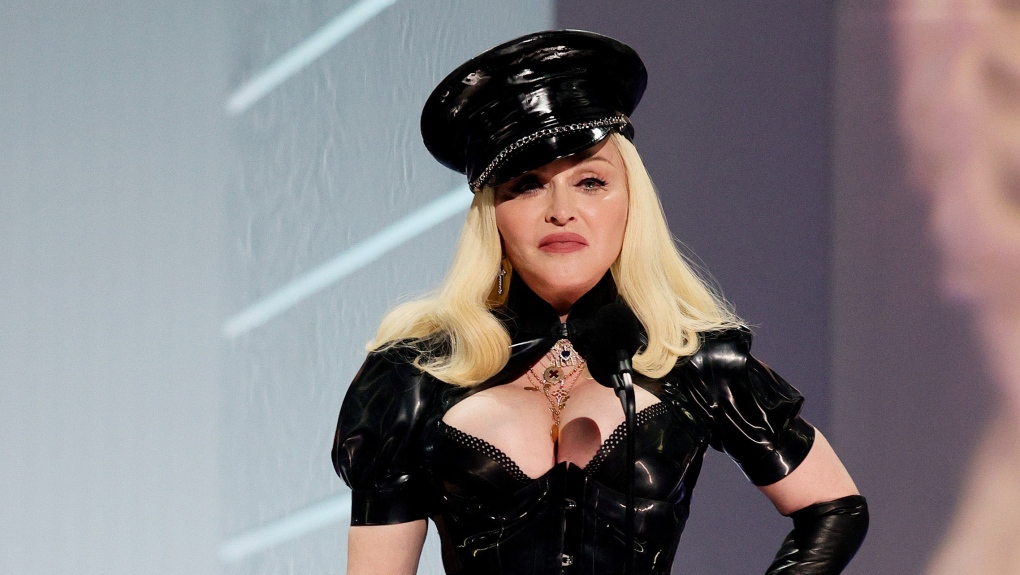 Madonna has accused Instagram of removing photographs because part of her nipple was showing. (Theo Wargo/Getty Images for MTV/ViacomCBS)

Madonna has hit out at Instagram for removing photos from her page because part of her nipple was showing.

In a post on her verified account Thursday, the 63-year-old superstar said she'd decided to republish the images after the social networking site removed them for breaching adult nudity rules.

The photos, which show the singer in a variety of poses wearing fishnet stockings in a bedroom, were republished with emojis covering her nipples.

A spokesperson for Meta, Instagram's parent company, told CNN in a statement that photos which breach its rules are removed "whenever we find it, no matter who posts it."

Madonna said in a post to her 17 million followers: "I'm reposting photographs Instagram took down without warning or notification.

"The reason they gave my management that does not handle my account was that a small portion of my nipple was exposed.

"It is still astounding to me that we live in a culture that allows every inch of a woman's body to be shown except a nipple.

"As if that is the only part of a woman's anatomy that could be sexualized. The nipple that nourishes the baby!"

Many people congratulated the speaker for the post, sending clapping emojis and comments of support in response, while others disagreed with the sentiment of the post.

She added: "Giving thanks that I have managed to maintain my sanity through four decades of censorship...... sexism......ageism and misogyny."

A spokesperson for Meta told CNN in a statement: "We take down content that breaks our rules whenever we find it, no matter who posts it.

"While we understand not everyone will always agree with where we draw the line, our rules are designed to help keep everyone of all ages safe on our apps, while giving space for as much expression as possible."

According to its publicly available rules, the social media company restricts the "display of nudity or sexual activity because some people... may be sensitive to this type of content."

However, it claims its application of rules has become more "nuanced" in recent years to allow posts depicting nipples where a woman is breastfeeding, showing a mastectomy scar or engaging in an act of protest.