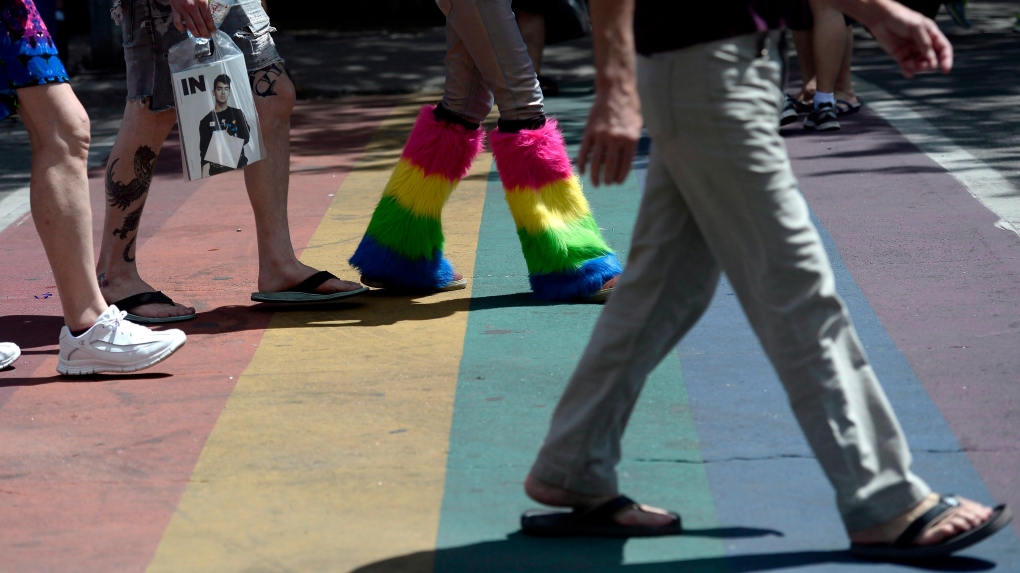 The statement from event organizers added that the event had caused divisions amongst LGBTQ people.

TORONTO -- A critic of an event billed as "part vigil, part celebration" in the wake of the arrest of alleged serial killer Bruce McArthur said she's relieved that the event is being postponed.

Sara Malabar said it was a "good step" for organizers to reconsider the event, which was presented as an uplifting alternative to a number of sombre vigils held by Toronto's LGBTQ community, though some said it was too soon for a celebration.

The free concert called #LoveWins was set to take place on March 29 with a lineup that included Carole Pope and members of the Barenaked Ladies.

The poster advertising the event did not mention McArthur by name, but referenced "the series of killings that have rocked Toronto's LGBTQ community." The 66-year-old landscaper is charged with first-degree murder in the deaths and disappearances of six men with links to the city's gay community.

On Saturday, a statement on Coun. Kristyn Wong-Tam's website announced that the event would be postponed so organizers could address concerns raised by community members, who called the event tone-deaf.

"Our intention was to bring the city together in love and healing after hearing from many people who wanted to come together in unity and strength," read the statement.

"Unfortunately, the event created an unintentional division at a historic time in the LGBTQ2S community."

Malabar, who started a "Stop #LoveWins Concert" page on Facebook, said the announcement was appreciated by members of the community who thought it was inappropriate to have a celebration while police are still finding more alleged victims of McArthur.

"I'm taking it as good news that they're reconsidering the approach," said Malabar, who previously produced the opening and closing ceremonies of WorldPride, an event that promotes LGBTQ issues.

She also offered to help in creating a more appropriate event.

"The fact that the organizers are willing to postpone the event and speak with the community and create the event they originally intended to create is a good step."

Malabar said the event should still focus primarily on healing, adding that city staff should use the opportunity to offer much needed mental health support for Toronto's LGBTQ community.

She said she hopes that the majority of the performers at the event will be LGBTQ themselves.

The statement on Wong-Tam's website said organizers welcome any dialogue and apologized to people involved in planning the event who might be disappointed.

"For the many who expressed support and enthusiasm for the concert, and gave freely of their time and talent to its organizing, we sincerely apologize for this disappointment," read the statement.

Malabar said she'll be meeting with Wong-Tam and event organizers soon to discuss changes to the event.