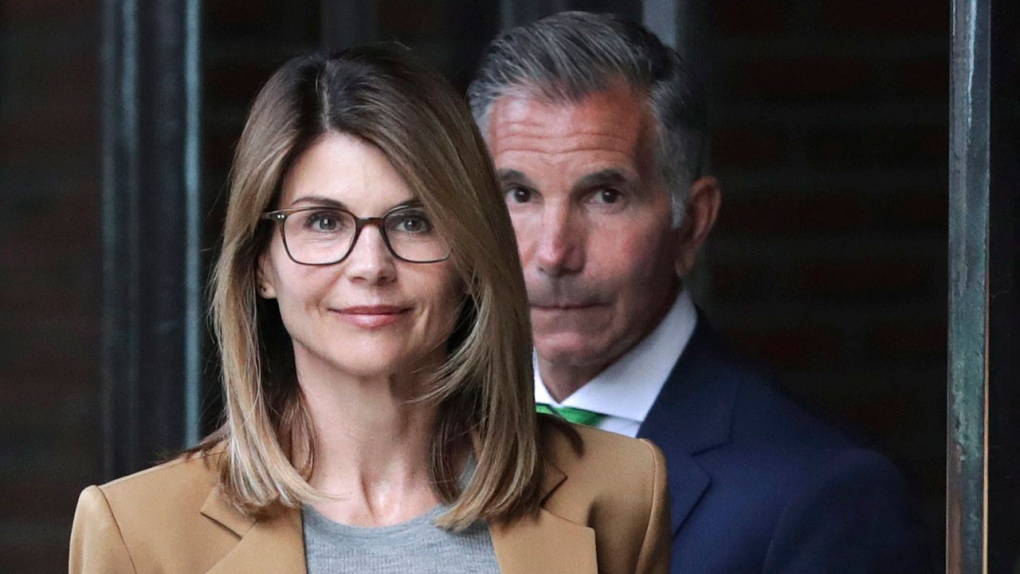 The daughters of scandal-hit actor Lori Loughlin have broken their social media silence to wish their mom a happy 55th birthday.

"Full House" star Loughlin and her fashion designer husband Mossimo Giannulli are accused of paying US$500,000 to get their daughters into the University of Southern California as fake crew recruits.

Olivia Jade Giannulli and Isabella Rose Giannulli posted to Instagram for the first time since their mother’s arrest in March, to wish the actor a happy birthday.

Social media influencer Oliva Jade, 19, captioned a throwback image of her being held by her mother as a toddler.

“One day late. Happy birthday. I love you so much,” she wrote. The younger of the two sisters has 1.4 million followers on Instagram.

Meanwhile, 20-year-old sister Bella captioned a black and white side-by-side portrait of her and her mom with the words “Happy birthday mama. I love you.”

Loughlin turned 55 on July 28 and has been keeping a low profile ever since she and her husband were among dozens of wealthy parents charged in the college admissions cheating scheme.

The pair haven't publicly commented on the allegations.

A 59-year-old man, Jeffrey Bizzack, who authorities say paid $250,000 to get his son into USC as a fake volleyball recruit became the 51st person charged in the sweeping college admissions bribery scheme.

He was the first person to be charged since March, when authorities announced the arrests of dozens of prominent parents and athletic coaches at elite universities.

"Desperate Housewives" star Felicity Huffman has also pleaded guilty, the biggest name to do so in a scandal that has exposed the lengths to which some wealthy parents will go to get their children into top universities.

The Emmy-winning actress, 56, could face prison time after she admitted to participating in the nationwide scam, in which authorities say parents bribed coaches, rigged entrance exams or both to game the admissions system.

one day late. happy birthday. i love you so much ❤️