'Lord of the Rings' protector Christopher Tolkien dies at 95 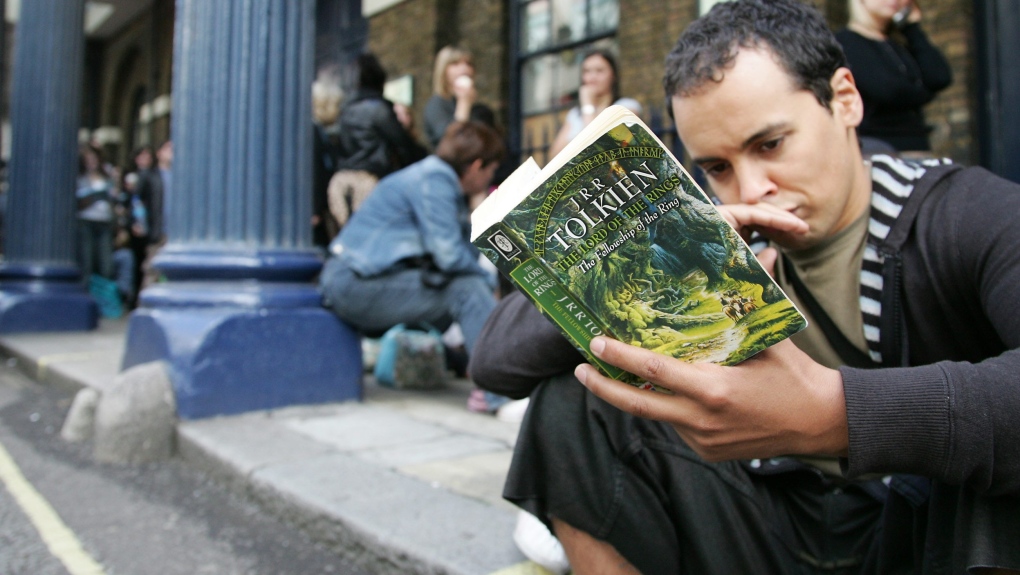 A hopeful man reads a 'Lord of the Rings' book as he joins hundreds of people queuing outside the Theatre Royal Drury Lane in London Monday, Sept. 18, 2006. (AP Photo/Sang Tan)

LONDON -- Christopher Tolkien, who played a major role protecting the legacy of his father's "The Lord of the Rings" trilogy, has died. He was 95.

Tolkien's life work was closely identified with that of his father. He helped edit and publish much of the science fiction and fantasy writer's work after J.R.R. Tolkien died in 1973.

Among the books the younger Tolkien worked on were "The Silmarillion," "The Children Of Hurin," and other texts that flesh out the complex world his father created.

He also drew the original maps that adorned the three Lord of the Rings books - "The Fellowship of the Ring," "The Two Towers" and "The Return of the King" - when they were published in the 1950s.

Tolkien Society chairman Shaun Gunner said "millions of people around the world will be forever grateful to Christopher for bringing us" so many of his father's literary works.

"Christopher's commitment to his father's works have seen dozens of publications released, and his own work as an academic in Oxford demonstrates his ability and skill as a scholar," he said. "We have lost a titan and he will be sorely missed."

"Tolkien studies would never be what it is today without Christopher Tolkien's contribution," she said. "From editing `The Silmarillion' to the mammoth task of giving us `The History Of Middle-earth' series, he revealed his father's grand vision of a rich and complex mythology."

The newspaper for the Var region in southern France, Var Matin, said Tolkien and his wife, Baillie, had lived quietly on the edge of the village of Aups since 1975. No funeral date has been set, the newspaper said.

Christopher Tolkien has died at the age of 95. The Tolkien Society sends its deepest condolences to Baillie, Simon, Adam, Rachel and the whole Tolkien family. pic.twitter.com/X83PTx4b7x