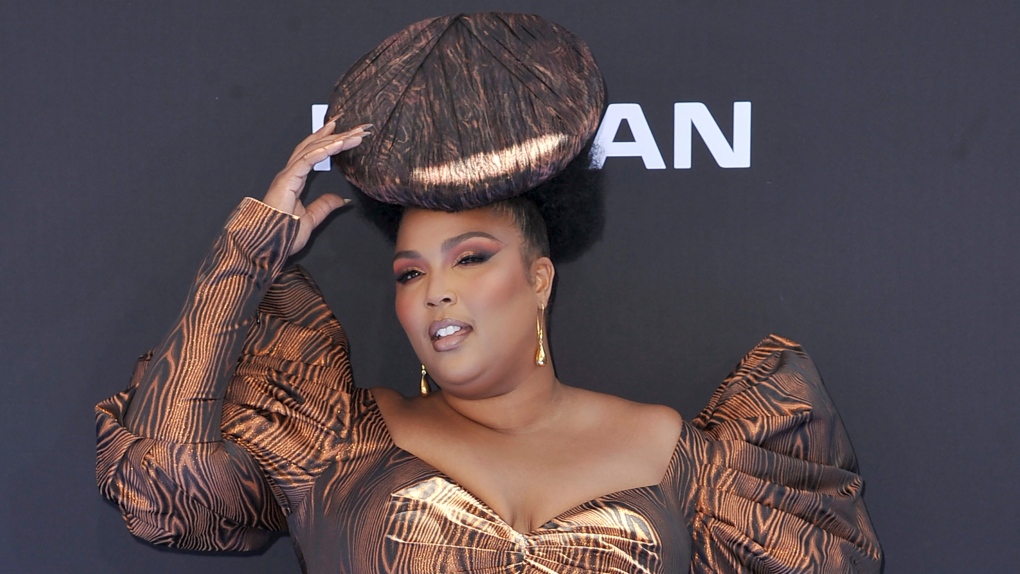 In this June 23, 2019 file photo, Lizzo arrives at the BET Awards at the Microsoft Theater in Los Angeles. (Richard Shotwell/Invision/AP, File)

NEW YORK -- Lizzo's breakthrough hit "Truth Hurts" is a two-year-old song, but it still has a chance at the 2020 Grammy Awards.

Typically older songs that become hits long after their initial release -- from Pharrell's "Happy" to John Legend's "All of Me" -- can compete at the Grammys when a live version of the song, released during the current Grammys eligibility period, is submitted.

But "Truth Hurts," which was released as a stand-alone single in 2017, qualifies for the 2020 Grammys because the song was never submitted for contention in the Grammys process and it appears on an album released during the eligibility period for the upcoming show. Songs and albums released from Oct. 1, 2018 through Aug. 31, 2019 qualify for next year's awards, and "Truth Hurts" appears on the deluxe edition of her album "Cuz I Love You," released this year.

So far, the platinum-selling "Truth Hurts" has peaked at No. 4 on the all-genre Billboard Hot 100 chart. It has reached at No. 2 on the Hot R&B/Hip-Hop songs and Hot rap songs charts, respectively.

Normally if an artist submitted an older song -- that appeared on an older album -- it would not be allowed into the Grammys' process. But "Truth Hurts" has the go-ahead and its fate will be decided when the Recording Academy and a group of music industry players meet in September at an annual gathering to choose what makes it on the ballot, what genres certain songs belong to, who really qualifies for best new artist and more.

A representative for the Grammys didn't reply to an email seeking comment.

It's part of a streak of good luck for Lizzo, who has dominated the music scene this year, appeared on dozens of magazine covers and earned praise for promoting body positivity and denouncing fat shaming. Though 2019 has served as her breakthrough, she released her debut album, "Lizzobangers," in 2013. Her team has had that album and its follow-up, 2015's "Big Grrrl Small World," removed from streaming services because Lizzo wanted her musical journey to begin with 2016's "Coconut Oil," her debut EP on Atlantic Records.

In the past, acts have won Grammys with live versions of their songs because their songs have become hits long after its release. Pharrell's Oscar-nominated anthem "Happy," which appeared on the "Despicable Me 2" soundtrack and was released in mid-2013, eventually topped the charts in 2014. At the 2015 Grammys, a live version of the song competed for in the best pop solo performance category, and won the honour.

That same year John Legend's "All of Me," which also hit the No. 1 spot on the Billboard Hot 100 chart long after its release, competed in the same category with a live version of the tune. "All of Me" appeared on Legend's 2013 album, "Love In the Future."

At the 2012 Grammys, Adele won album of the year with "21" as well as record and song of the year with "Rolling In the Deep." The following year she submitted a live version of "Set Fire to the Rain" -- the third No. 1 single from "21" -- and won best pop solo performance.

Beyonce nabbed best female pop vocal performance at the 2010 Grammys with "Halo"; the following year a live version of the pop ballad competed in the same category.

Train's megahit "Hey, Soul Sister" was featured on their 2009 album "Save Me, San Francisco," but the song took off in 2010. It won the band their first-ever Grammy when a live version of the song was awarded best pop performance by a duo or group with vocals at the 2011 Grammys.

Because Lizzo's "Truth Hurts" had not appeared on an album that qualified for previous Grammy eligibility, it could still compete at the 2020 show though it has been widely available for two years. Because Train, Pharrell, Legend and Adele's songs were featured on albums that qualified for previous Grammy inclusion, their songs were disqualified unless a live version was submitted.

At the 2020 Grammys, Panic! at the Disco -- whose song "High Hopes" set a new record as the longest-running No. 1 song on Billboard's Hot rock songs chart this year -- are likely submitting a live version of the track since the song and the album it appears on, "Pray for the Wicked," qualified for the 2019 Grammys. "High Hopes" peaked at No. 4 on the all-genre Hot 100 chart.

It wasn't clear if Drake's new compilation album of previously released songs -- featuring tracks like 2013's "Girls Love Beyonce" and 2010's "I Get Lonely" -- would qualify at the Grammys. The album, titled "Care Package," debuted at No. 1 on Billboard's 200 albums chart this week.

Representatives for Drake and Panic! at the Disco didn't immediately reply to emails seeking comment.

Though Lizzo released the singles "Juice" and "Tempo" from her latest album, "Truth Hurts" has become her most successful song. The track got a major boost after it was featured in the Netflix film "Someone Great," released on April 19, the same day Lizzo dropped her album, "Cuz I Love You." "Truth Hurts" wasn't originally featured on the 11-track "Cuz I Love You," but her record label released a deluxe version of the album -- featuring three more songs including "Truth Hurts" -- on May 3. "Truth Hurts" marked Lizzo's first entry on the Billboard Hot 100 chart.

Nominees for the Grammy Awards will be announced on Nov. 20 and the show will air live from the Staples Center in Los Angeles on Jan. 26, 2020 on CBS.